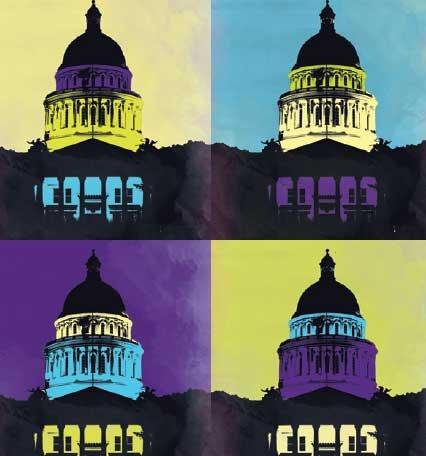 Convening a meeting of 500 city, county and school elected and appointed officials to explore what should be done to get California’s state government back on track would have been considered unthinkable and unnecessary until recently. Local leaders have historically focused on the service needs of their respective jurisdictions and not on the challenges of the state as a whole. However, these are not ordinary times, and local officials know this all too well.

For far too many years we have witnessed our state leaders increasingly avoid our state’s most pressing problems, patching together annual budgets that soon unravel because state leaders refuse to make the tough revenue and spending decisions that local government leaders must make regularly. But this year the dysfunction in our state governance became painfully evident as the Legislature and governor adopted budget after budget that failed to meet the test of responsibility in the eyes of both the public and Wall Street.

Our current economic challenges demand elected leaders who will make the difficult decisions required to manage our limited resources, but many local officials have simply lost faith in the ability of their state government to do this. So 500 local officials came from throughout the state in mid-July to explore why the system has broken down and how it can be rebuilt.

In general sessions and small group break-out sessions, the local officials put their experience, hopes and creativity to work, exchanging ideas at the Local Government Summit on State Governance and Fiscal Reform, an event sponsored by the CCS (Cities, Counties and Schools) Partnership. In the end, some very simple themes emerged from these intense summit sessions, held July 17–18, 2009:

The four top priorities that emerged from the summit are expected to guide the work of the League and other local government associations over the next few years. They are:

Stay tuned as we reach out to city leaders to encourage them to collaborate with their county and school colleagues by holding local summits to discuss the importance of these priorities.

This article appears in the November 2009 issue of Western City
Did you like what you read here? Subscribe to Western City