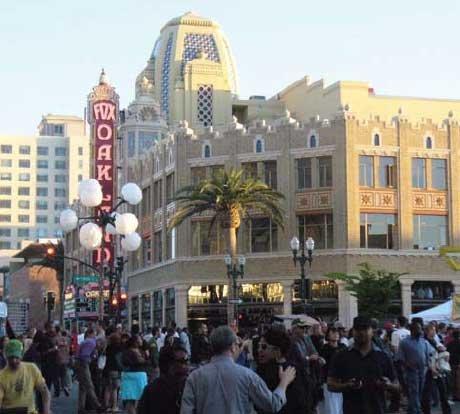 Redevelopment Debate Is All About Our Old Friend “Land Use”

The current debate about the future of local redevelopment agencies is not only about how the property tax pie is divided, the value of public-private partnerships or our priorities as Californians. On an even more fundamental level it is also a debate about how our communities are going to grow, who will make those decisions and how they will be made. In short, it is another debate about our old friend “land use.” 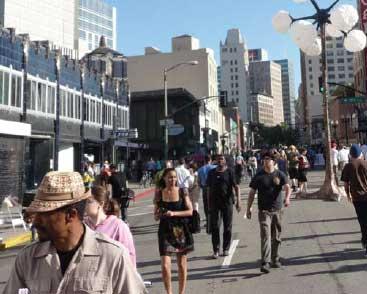 A Lesson on Land-Use Challenges

When I think about land use, I remember a class taught by John Stutz, who was the first executive director of the International City/County Management Association (ICMA), co-founder of the American Municipal Association (forerunner of the National League of Cities) and an early executive director of the Kansas Municipal League. John taught a course on urban development many years ago. During the segment on blight and nuisance removal, he told his students that ancient Rome was renowned for its cleanliness, absence of blight and very low crime rate.

John then asked his students how a city of Rome’s size and complexity could keep ahead of the curve on such problems when modern cities were concluding they would never redevelop abandoned properties or neighborhoods that had become havens for criminals and crime. John asked, “Why could Rome do it and we can’t?” No one, I am told, was able to solve this riddle. When his students gave up, John told them: “It was simple. Ancient Rome had an official arsonist to remove blighted buildings and an official assassin to remove criminals.”

That always got a laugh and then led into an interesting discussion of the rights guaranteed to citizens, criminals and property owners by our Bill of Rights and how our system of democracy is designed to make these tasks difficult and — in some cases, impossible — because we prize our fundamental rights so much. No one ever left John’s class thinking they had easy answers to anything, but he did instill in his colleagues and students a love for cities and the special role they play in our system of government by providing control over land use and other community activities within the framework established by state and federal law.

Redevelopment indeed does just that. It enabled the growth of three Adobe Systems, Inc., facilities in downtown San Jose instead of another state or California city. Now, what does the location of a major employer like Adobe provide when it constructs major facilities in a downtown area? In one sense, it provides employees who might choose to live and shop and recreate in that downtown area, making it more vibrant, attractive and successful. In reality, however, it provides much, much more.

The Arguments for Redevelopment

If we set aside the argument that redevelopment helps keep jobs in California that might go elsewhere (which is no doubt accurate), why is job creation inside redevelopment project areas preferable to having it occur elsewhere? Here are a few answers:

The debate we have about the future of redevelopment agencies over the next few months and years is really a debate about how we want to grow as a state and how much we want to pay from our personal resources for public services. While far from perfect, local RDAs are doing the hard work of transforming both the components and appearance of our older urban areas.

I personally can’t imagine not having a redeveloped Pasadena or San Diego, successfully redeveloped military bases in Monterey and Sacramento, and urban infill housing like Governor Jerry Brown helped stimulate in Oakland or chose recently as his home in the downtown state capital. Interestingly, he lives in a loft in a building that sat vacant for many years — even during previous real estate booms — until it was reborn through public and private redevelopment investment.

Call It What It Is, Say What It Does

Let’s debate redevelopment and its merits, by all means, but let’s call it what it is: a tool for transforming the face of a city and reducing the cost of providing public services in our older urban areas. Let’s admit it is about how we use and reuse land in urban areas. Let’s admit this is an extremely important debate about our old friend “land use.”