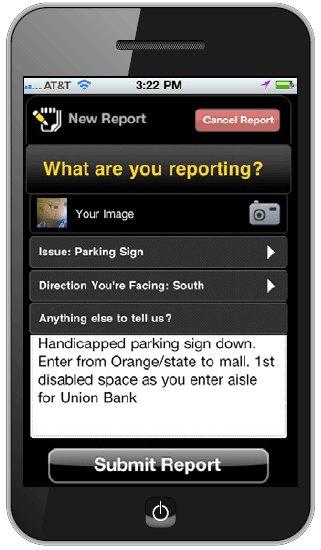 The City of Redlands won the 2012 Helen Putnam Award for Excellence in the Public Works, Infrastructure and Transportation category for this project. For more about the award program, visit www.helenputnam.org.

The City of Redlands began exploring innovative strategies to better serve its residents while also addressing declining revenues in spring 2007. This need became even more emphatic later that year with the onset of the nationwide economic recession.

Redlands residents had used traditional means — phone calls, emails or visits to public counters — to request services and report problems. These communications were typically directed to a specific department, and often the resident or customer had to determine where to begin. The city’s organizational structure perpetuated “silos” in which each department had its own set of responsibilities and customers. If multiple departments were involved in an issue, the customer often became the communications link between departments. This process frequently frustrated the customer and was almost always inefficient for the city.

The Redlands City Council hired City Manager N. Enrique Martinez in 2007 to put the city’s finances in order while maintaining and/or improving customer service. After working with the city council to implement a financial management plan to balance the budget and build reserves, Martinez began reorganizing city departments to provide greater efficiency. He created a new Department of Innovation and Technology (DoIT) to coordinate and modernize the city’s haphazard and outdated computer systems. Martinez hired the city’s first chief information officer to examine technology and business process solutions to better serve the city. Some of the changes made as a result included consolidating counter operations in a One-Stop Permit Center and instituting a new work-order system to combine service requests in one database. However, entries into this system still required older technologies (phone, voice mail, customer counter visits), and staff had to manually enter every issue into the system. As revenues and staffing decreased, the chief information officer sought cost-effective ways to automate some of these manual processes.

The solution was the Redlands311 smartphone app, which provides a way for residents to report a wide range of issues, including potholes, vandalism, water leaks, broken sidewalks, abandoned shopping carts and more, directly to city staff.

The app is integrated with the city’s work-order system so reports can be filed directly, eliminating the need for employees to manually input data. The city worked with an outside vendor to develop the app, which uses smartphone capabilities in ways specifically geared to Redlands’ unique issues and concerns and also utilizes the city’s geographic information system.

Now a resident can submit an issue via smartphone and attach a picture, video or audio file. The app enables the user to pinpoint on a map where the attached information was recorded, describe the problem or issue, add a comment and submit the report to city staff. This can all be accomplished in less than a minute, and the app works on multiple smartphone platforms.

The city launched the app in February 2011 and widely publicized its availability, using local newspapers and TV stations, social media and city council meetings to inform residents and businesses.

City staff also redesigned the city website to allow residents to submit issues with the same details through the web portal, because not all residents have smartphones.

While other cities have deployed 311 apps, Redlands was the fourth and smallest local jurisdiction in California to deploy this app. The three other cities each had populations of more than 500,000. For a city the size of Redlands (population approximately 70,000) to deploy this technology was significant, not only for the vendor but also for residents and city staff. This was also the first smartphone app that Redlands had ever deployed. Due to the success of Redlands311, other departments have deployed, or are planning to deploy, apps to serve other needs.

“Originally we expected Redlands311 to shift work requests from costly manual methods of reporting to less expensive automated methods,” says former Chief Information Officer David Hexem, under whose guidance the app was developed. But the app produced an additional and unexpected outcome. “While some residents have used the app to report issues they otherwise would have called the city about, a completely new demographic of resident has been engaged,” says Public Information Officer Carl Baker. “Younger people, many of whom had never interacted with their local government before, are using the familiar technology to report issues.” City leaders find this extremely significant, because enhancing local government transparency and accessibility to services is a priority for the city council and city manager.

The city has received approximately 1,831 reports since February 2011 through the Redlands311 app. Users have noted satisfaction with the ease of the app and the speed of the city’s response in dealing with reported issues. Use of Redlands311 continues to grow, and the city is working with its vendor to expand the app to other areas of civic engagement.