Nancy Kerry is city manager for the City of South Lake Tahoe and executive director of the South Tahoe Redevelopment Successor Agency. She can be reached at nkerry@cityofslt.us.

The word “staggering” is often used to describe the unrelenting rise in the cost of providing Other Post-Employment Benefits (OPEB) to public employees in retirement — primarily retiree health care. A 2012 Moody’s Investors Service report indicates a nationwide OPEB unfunded liability of $530 billion. For the State of California the unfunded OPEB debt has soared to $72 billion, and a 2014 study from California Common Sense calculates the OPEB debt liability for all California public agencies at $150 billion dollars.

No doubt, these figures are staggering. The solutions are not easy, but a solution is required. Simply put, the taxpayers of California do not have $150 billion to spend on health care benefits for retired public employees — these costs are in addition to the unfunded liability of public pensions (also a staggering figure). An effective resolution requires a collaborative approach among employees, management, elected officials and an engaged and well-informed public.

The public and public agency officials are much more educated on the issue as a result of the Government Accounting Standards Board (GASB) Statement 45, which issued new rules on reporting OPEB and opened (or perhaps shocked) our eyes regarding OPEB liabilities. GASB 45 forced public agency managers to realize and budget for the extent of the financial burden. It also brought forward the cost of decisions made years before the exponential rise in health care costs and prior to the time when actuarial analyses were included in employee benefit decision-making. As a result, tremendous pressure has been placed on public agencies to develop solutions. Agencies that have insurmountable OPEB liability may use bankruptcy as an exit strategy given the recent court rulings on these matters. However, bankruptcy should not be a strategy; it is a last resort. 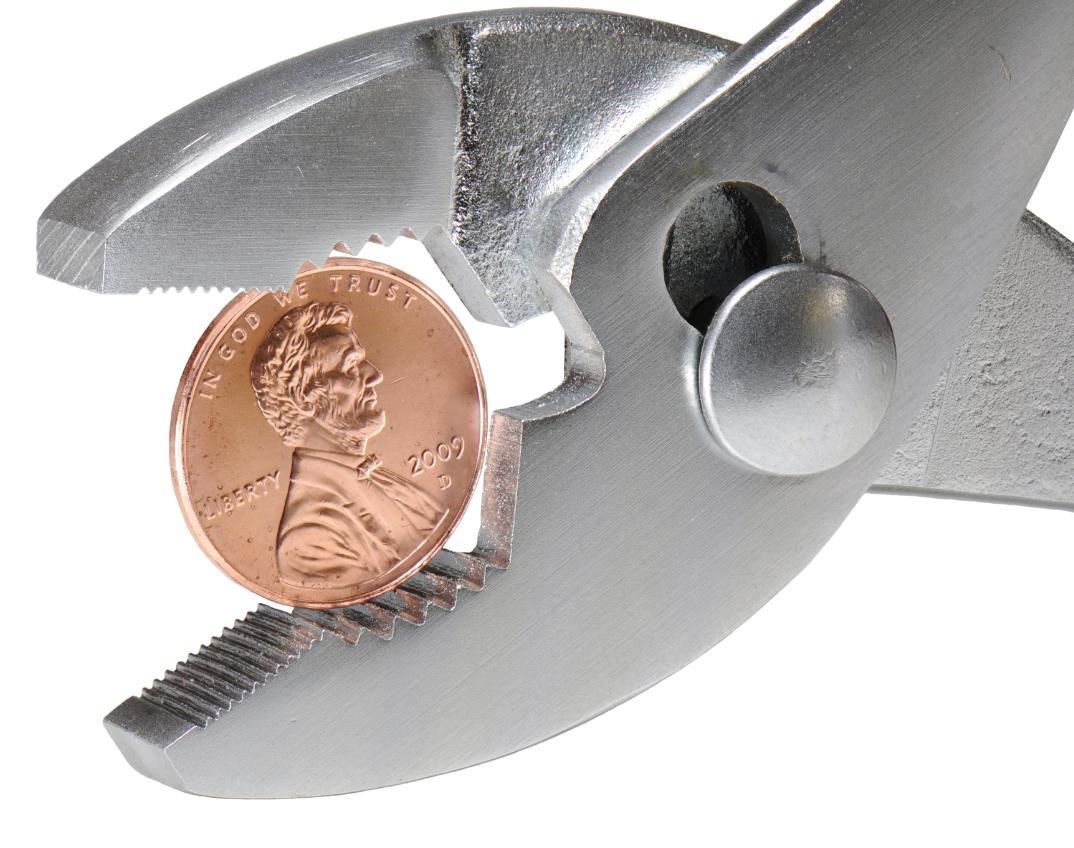 In the small community of South Lake Tahoe we tackled the OPEB issue with a collaborative approach. Over the course of a few years we engaged in an open and transparent process that included the public, elected officials and all public employees. In sharing our results, we hope to encourage public agencies to harness their collective influence to make more progress in reducing OPEB liabilities statewide.

Four years ago the City of South Lake Tahoe’s OPEB liability was approximately $48 million — of which 92 percent was unfunded. Had we made no changes, the city’s liability today would exceed $53 million (and growing) or about $3,300 per adult resident. In fall 2014 we reached agreements with all bargaining units and unrepresented employees that established an entirely new medical insurance plan and benefit structure based upon the Patient Protection and Affordable Care Act (ACA).

An actuarial analysis completed in March 2015 indicates the city’s OPEB liability has been reduced by 73 percent as a result of these changes. Further, the city expects to be 95 percent funded in 11 years; at that time the OPEB trust will be the primary funder of the plan, eliminating the expense of retiree health benefits from the city’s General Fund completely. In addition to these reductions, the city’s annual health care costs (employee and retiree) have been reduced by 35 percent. 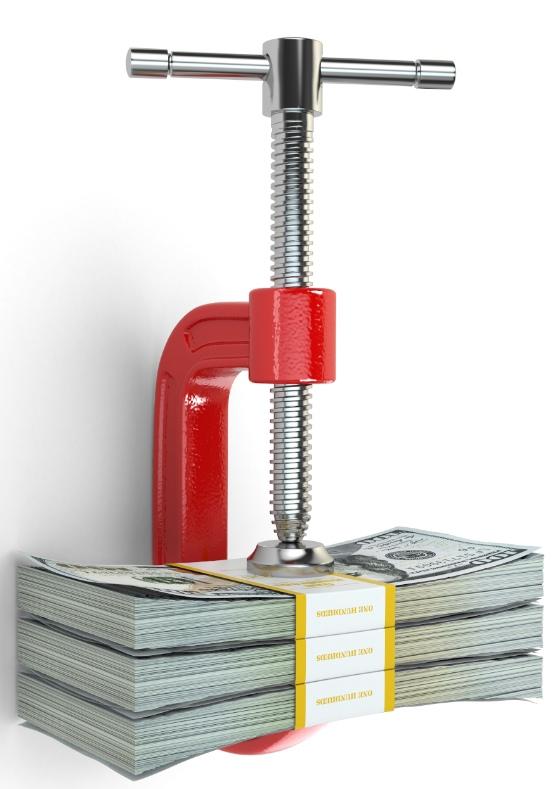 The Affordable Care Act as a Framework for Solution

Past efforts in the City of South Lake Tahoe to control medical insurance costs involved eliminating plan participants, creating tiered coverage and increasing deductibles. In 2013 the city retained a new health care broker and worked with employees and experts for innovative and creative solutions to reduce the annual cost of health and wellness benefits as well as OPEB liabilities. Although the economy was slowly beginning to recover, the recession (and GASB 45) had made it clear that the unfunded liabilities had to be reduced if the city was going to be fiscally sustainable for the long haul. We established an internal Health Care Cost Containment Committee comprising employees from all levels of the city. The committee invested a considerable amount of time investigating solutions and comparing fully insured plans versus a newly structured self-insured plan.

Once the ACA was rolled out to the states, we considered how it could provide a framework for developing an effective solution for the city’s health insurance benefits. The plan we eventually adopted began with the health care broker designing an entirely new medical insurance plan in accordance with ACA requirements. The plan’s foundation is a basic high-deductible plan provided at the city’s cost to plan participants (similar to the ACA bronze-level plan). Prior to the new benefit structure, the city only had one medical plan option at single or family rates. Participants now may purchase one of four optional plans with lower out-of-pocket expenses and lower deductibles — all of which were designed similar to and in accordance with requirements of the ACA. The new structure also lowers premiums by including two-party rates along with single and family rates. This enables participants to choose the plan best suited for their family.

The city entered formal negotiations with all bargaining units and unrepresented employees in 2014. In addition to the following goals, we sought to provide employees a greater role in the decision-making process and in designing their total compensation package. The negotiation process included these elements.

Eliminate the inequity in health insurance benefits. In our case, the flaws in the tiered retiree medical benefit structure resulted in about half of the employees having eligibility for some portion of benefits and the other half having eligibility for none, except a small contribution to medical savings. As medical costs accelerated, the result was a vast differential in benefit value along with the increased OPEB liability. The inequity in the benefits had a direct impact on the city’s ability to increase compensation for all employees. The restructured plan resulted in more equitable benefits for employees; however, these changes came at the sacrifice of retiree health benefits from employees not yet retired.

Create sufficient revenues for salary increases. After five stagnant years, employees were overdue for salary increases. A large portion of the city’s revenues are tourist-based and fluctuate based on weather, the season and economic conditions. Salary increases could not be sustained by modest economic improvements without reductions in annual and long-term health care costs. The sooner we resolved unfunded liabilities, the sooner we could design more attractive total compensation packages for public employees.

Provide a variety of total compensation options. Some savings from the city’s newly restructured medical plan were offered as other forms of compensation, enabling employees to control more of the decision-making regarding their compensation. Labor representatives negotiated whether to put those funds into Section 125 accounts to “buy up” to a lower-deductible plan and/or retirement deferment plans or other options. These options encourage employees to be actively engaged consumers of financial investments and medical coverage. These options also control costs as they are provided in accordance with available funds.

Establish a secondary pension plan. Most public employees depend on a single source for their retirement income. However, employees will likely need additional income in retirement as medical costs and OPEB liabilities intensify, potentially causing the elimination of retiree medical benefits to escalate. At the request of employees, a 401(a) deferred compensation program with employer-matching funds was established as another option. 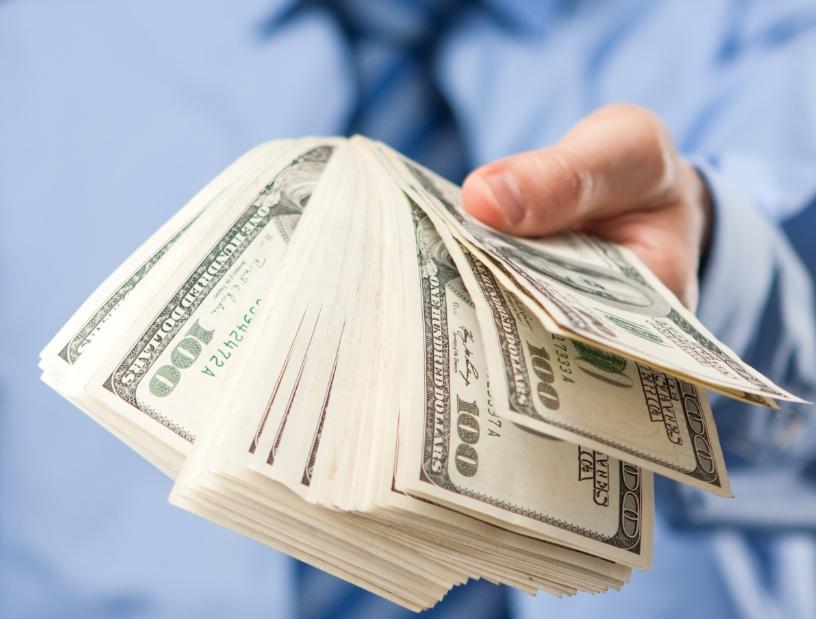 While some of the elements of the solution we implemented are unique to our city, many others could be customized and replicated in non-Public Employees’ Medical and Hospital Care Act (PEMHCA) agencies. Agencies under PEMHCA would need to evaluate the variety of costs and benefits of changing plans. Some key strategies and features of the process we believe are necessary include the following:

Recognize it will be difficult. Employees, retirees, elected officials and the public have sharply differing expectations related to these issues. Perceptions about the impact of the results also differ considerably.

Seek collaboration. We invested a substantial amount of time meeting with stakeholders, sharing information and collaborating on solutions. We also sought to understand the root causes and flaws in the structure of our plan design. The Health Care Cost Containment Committee worked on researching solutions.

Keep the citizenry in focus. There is a belief among the public that they — as our primary source of funding — are often overlooked as to the tax burden placed on them by public employee benefit packages. It is a straightforward issue: Taxpayers don’t have the funds to cover these obligations. Billions of dollars are at stake, and millions of taxpayers (and their future generations) are counting on public agency officials to produce solutions.

Be transparent and candid. The agencies in bankruptcy provide a lesson for others to recognize that the cost of doing nothing may be bankruptcy. In that case, stakeholders and creditors will be subject to a judge’s determination of the priority of debts. Bankruptcy may be a solution, but it should be the very last resort.

Confront the reality. Taxpayers will not vote for a new tax measure to provide billions to the state and millions to local agencies to cover OPEB liabilities. Employees in tiers where retiree medical benefits have been eliminated are not going to indefinitely postpone salary increases to fund benefits they are not eligible to receive. And medical costs are not declining. The fact is $150 billion is not going to emerge out of the shadows; however, by not frankly addressing this issue we appear as if we believe otherwise. In South Lake Tahoe we confronted the reality and sought sizeable solutions. We had grown weary of chipping away at benefits only to watch helplessly as the liability escalated.

Don’t let the fear of failing inhibit effort. Big, bold ideas are necessary to resolve these OPEB unfunded liability issues. The fear of failing can obstruct creativity and innovation. Trial and error in customizing a solution is part of the process.

Be committed but flexible. It will take courage to stay the course. The issues related to benefits — particularly health care — may result in emotionally charged discussions. Be open to creative solutions by keeping the outcome, rather than the process, in focus.

Seek advice and innovation. Many brilliant minds have been working on solutions to these issues for years. We learned from others and are sharing our results in the same spirit.

And finally, acknowledge the sacrifices being made. Franklin D. Roosevelt gave an impassioned speech in 1936 titled “A Rendezvous with Destiny” during which he said, “There is a mysterious cycle in human events. To some generations much is given. Of other generations much is expected.” Much is expected of today’s public managers and employees to bear the burden of reducing these obligations. However, the financial impact to the communities we serve is worth the effort. Although the OPEB figures are staggering, they are not insurmountable. Resolution can be accomplished by bringing everyone into the discussion and collaborating to customize alternatives for each agency’s situation. If we leverage our collective wisdom and get this right, the next generation will realize that, to paraphrase Roosevelt, from us “much was given.”