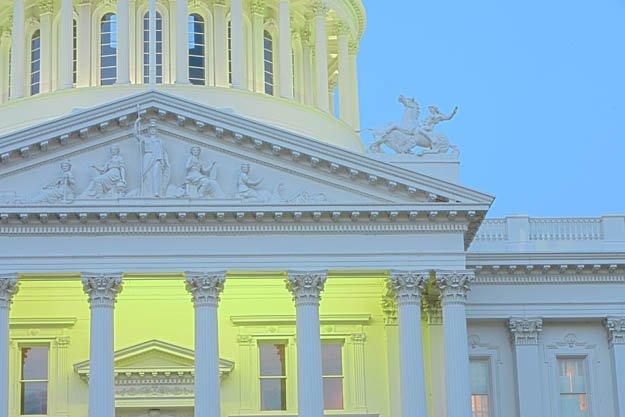 Reforming California’s Governance: Is It Time for a Grassroots Revolution?

When White House Chief of Staff Rahm Emmanuel remarked recently that “it is a shame to waste a crisis,” we all began to better understand the aggressive nature of President Obama’s policy agenda. From the new stimulus package to a dramatically different type of federal budget to sharply changed energy and environmental policies, we see the new administration using its mandate to change the face of America in sweeping ways. Time will tell whether the recent federal investments and economic reforms hit the mark or not.

Meanwhile in California, the movement for change of a different type is capturing the interest and passion of business and civic leaders throughout the state. Amid mounting evidence that the state government, as currently structured and directed to operate, is hopelessly dysfunctional, various groups are putting together an agenda to reform many aspects of state government — from how legislators are elected (for example, a proposed open primary, now on the 2010 ballot), to how its budget is developed and adopted (relaxing the two-thirds vote for a state budget) and even how the Legislature is structured (possibly expanding its size to secure smaller districts).

The state Legislature’s increasing inability to carry out its constitutional obligations in what might resemble a reasonable time frame has fueled demand for reform, but few can ignore the powerful push the current economic downturn is providing. Throughout our state, people who love California are saying they are sick and tired of seeing the quality of its public services continue to decline at the very time they need to improve to help the state become more competitive. Instead of working together to shorten the recession, civic and business leaders see a Legislature that can be accurately described as polarized by partisan politics and avoiding many of California’s most important challenges in the areas of water supply, education, infrastructure, environmental quality and more.

In late February 2009, as senators and Assembly members scattered to their home districts and the uncertain welcome of their constituents after the prolonged budget fight, many looked and felt like they had survived the siege of Leningrad. The very next week a group of would-be reformers met in Sacramento to discuss the profound embarrassment and alarm they shared about our state government’s increasing failure to deal with its most important responsibilities in a respectable and competent way. The summit about a possible state constitutional convention was attended by representatives of civic groups, business groups, local governments, state agencies (yes, a few were in attendance), libertarian groups, pro-”good government” groups and even a state legislator or two.

Speakers from the organizers, the regional business group Bay Area Council (BAC), explained the idea actually originated from a conversation with the former Senate President pro Tempore Don Perata last August when the budget was still not adopted and he said, “Maybe it’s time for a constitutional convention!” When a veteran legislator like Perata says this, the system is badly broken or very close to it.

So BAC began asking if it really was the time for such a bold step. After studying the issue further BAC decided it was indeed and reached out to the League and other groups for help in exploring all of the tough questions associated with such a venture. These include:

These are important, substantial questions that are in the process of being addressed by BAC and others, but more work needs to be done.

On a parallel track, another organization called California Forward is studying a group of specific reforms to the state budget and electoral process that it hopes will bring the California decision-making process – now mired firmly in the 1930s – into the 21st century. California Forward is funded by a consortium of California foundations, and it enjoyed a recent success with the passage of Proposition 11, the reapportionment reform ballot measure. It has a strong interest in passage of the 2010 open primary ballot measure as well. Many of the proposals California Forward is currently studying and has recommended for legislative action would overhaul the state budget process to instill a multiyear perspective, strengthen the Legislature’s oversight role and make other valuable improvements.

When the League board of directors and its statewide local leadership met in November 2008 to establish its goals for 2009, the subject of reform of state government was on everyone’s mind — so much so that this was included as one of the League’s top four strategic goals:

Promote Reform of State Governance, Budget and Fiscal Systems. Build partnerships for reform of the laws affecting California state governance, including the timely adoption of a balanced state budget, to strengthen the ability and responsibility of the executive and legislative branches to perform their necessary and proper roles in our system of state government. Support proposals that provide local policy-makers with the fiscal tools and local control necessary to deliver critical local services.

Whether the League will support any of the reforms or the proposed constitutional convention is currently under study by a joint Fiscal Reform Task Force in concert with county and school board representatives of the California State Association of Counties (CSAC) and California School Boards Association (CSBA). The Fiscal Reform Task Force was convened to look at these issues and the related reforms that may be considered through a constitutional convention or other more traditional legislative and initiative routes. The task force is meeting under the aegis of the Cities Counties Schools (CCS) Partnership, a nonprofit formed by the League, CSAC and CSBA more than 10 years ago to promote local government collaboration. The group is meeting monthly and will forward its joint recommendations to the three sponsoring organizations’ boards of directors. League First Vice President Ken Cooley is leading the League’s delegation to the task force.

Stay tuned as we see whether this has the makings of a grassroots revolution in California or simply provides much needed pressure for legislative reform efforts.