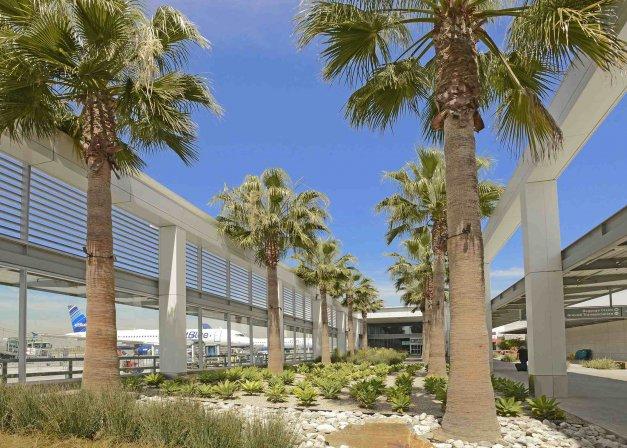 A Renaissance for Long Beach Airport

The City of Long Beach established the Long Beach Airport (LGB) in 1923, making it Southern California’s oldest municipally owned airport. During its 90-year history, the airport has grown from an airfield with dirt runways to an award-winning facility that serves 3 million travelers a year.

In recent years the need for modernization became a pressing concern. LGB had outgrown its facilities. Travelers had to wait outdoors in one of only two lines to pass through security. Out of necessity, temporary trailers were being used as passenger holding rooms. Boarding procedures were confusing, and the airport offered few amenities or options for dining and shopping. Despite these challenges, the local community was apprehensive that changes would mean massive expansion and increased airport traffic. Long Beach has one of the most stringent noise ordinances in the country, enacted in 1995. Modernization plans would have to take this into account. Other concerns included affordability due to the economic downturn and the need to protect LGB’s historic terminal, which is a community landmark.

The City Manager’s Office worked closely and in cooperation with multiple municipal departments, local agencies and utilities to develop a vision and plan for upgrading the airport’s facilities. “The modernization raises the bar for airport design and includes many amenities not often found at airports,” says Jeff Sedlak, the airport’s senior civil engineer.

The $45 million project, completed five months ahead of schedule and on budget, was funded by a General Airport Revenue Bond and passenger facility charges. Development costs were not passed on to airlines so they, in turn, have not raised ticket prices. According to recent U.S. Department of Transportation figures, LGB airfares are among the lowest in the nation.

The new passenger concourse officially opened Dec. 12, 2012, a notable date specifically chosen to mark the occasion. The response from the public to the updated facility has been extremely positive.

The modernization preserves the historic terminal as the crown jewel of the airport. The airside view of the iconic structure is now open to the public with a plaza where travelers can reunite with loved ones. Inside the terminal, attractive Works Progress Administration mosaics depicting major industry in Long Beach were restored, enhancing LGB’s nostalgic charm. 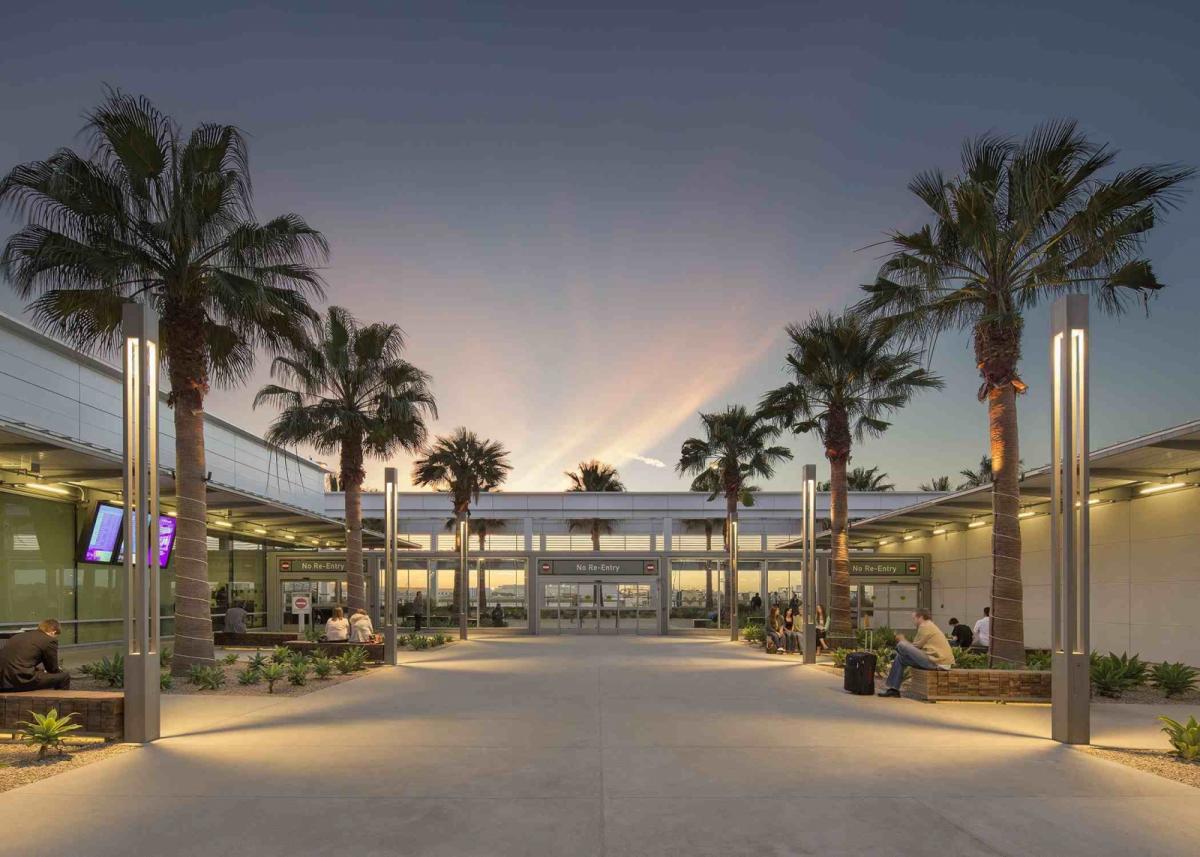 The improvements blend LGB’s rich history with a contemporary sensibility. New features include a consolidated security screening area, spacious boarding lounges, and an expanded food and beverage program with favorite local restaurants. Travelers can relax in an open atrium replete with palm trees or enjoy bright and airy seating areas flanked by floor-to-ceiling windows that offer expansive views of the airfield and spectacular sunsets. Modern conveniences include a tablet bar where people can check email or order food to be delivered to their seat, and USB plug-ins and electrical outlets to recharge electronic devices are conveniently placed among the seating areas. Free Wi-Fi is provided throughout the airport.

Eclectic dining options among the eateries reflect the diverse culture of Long Beach, and menus feature fresh food and healthy selections. In addition, LGB negotiated with the concessionaire so airport establishments would deliver the same street-level pricing as the brick and mortar locations in the city.

The new concourse’s sustainability features include green technology and a solar array that will offset 13 percent of the facility’s power demand. In addition, the use of natural lighting throughout the concourse helps reduce energy demand.

Long Beach Airport was recently named in a BBC list of the 10 most beautiful airports in the world and in a Fodor’s Travel list of the top 10 airport terminals for 2014.

Long Beach Airport is now a world-class gateway for the traveling public that reflects the distinct character of Long Beach and Southern California. For more information, visit www.lgb-airport.com.

Photo credits: Courtesy of the City of Long Beach and League of California Cities