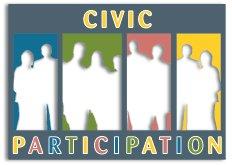 The City of Richmond is using innovative methods to involve a diverse cross section of residents in updating its General Plan. The resulting plan will be one of the first in the nation to include an element that addresses the link between public health and the built environment.

According to Vikrant Sood, project manager for the consulting firm leading the two-year plan update process for the city, engagement efforts began by asking people how the General Plan could be reformulated to address important community issues. He explains, “We heard concerns about a liquor store creating safety problems, a lack of grocery stores, crime, children not able to safely walk to schools, toxins in the environment, vehicle accidents involving pedestrians, a need for economic development and a lack of investment in community facilities. Public health is a common denominator in all of these problems.”

More than one-third of Richmond residents live in poverty, and almost two-thirds are African-American or Latino. Studies have shown that Richmond residents have higher than average rates of diabetes, asthma, heart disease, cancer, stroke, mental illness and substance abuse. Richmond received a $250,000 grant from The California Endowment to fund a General Plan update process that would connect the built environment with residents’ health and wellness issues. By creating a new General Plan element that focuses on these issues, funders hope to address health disparities in Richmond and create a model or tools that other communities can use to improve residents’ health.

With this funding and an experienced consultant, city officials were able to ensure that the entire community would have a voice in the General Plan update process. Special efforts are required to overcome barriers and ensure demographically representative participation. To overcome these barriers in Richmond, civic participation organizers:

Richmond City Planner Lori Reese-Brown believes that Richmond’s established tradition of public engagement helped make it possible to involve residents in creating the new General Plan. “I think that Richmond residents are just really concerned about the community,” she says. “Many people have been here for a long time and have been engaged via neighborhood councils. People are proactive here in planning for development and wanting to make sure they come out with a viable city. As new people moved into the neighborhoods, the older residents got them involved.”

With input from hundreds of residents representative of the community, including those who have historically experienced the most negative health and wellness effects related to the built environment, organizers developed a list of 10 factors that the General Plan’s community health and wellness element would address. A technical advisory group composed of 12 experts and community members helped guide this set of objectives.

Richmond ’s innovative plan and the way it was developed has generated interest around the world. Dr. Richard Kreutzer, chief of the state Department of Public Health’s Environmental Health Investigations Branch, presented the Richmond General Plan update story at an international public health forum in December 2007. “Richmond is at the forefront of new thinking about the impact of the built environment on humans,” says Richmond City Manager Bill Lindsay.

Other cities are starting to follow Richmond’s example and finding ways to involve diverse residents in their planning processes. According to Sood, an increasing number of local governments are seeing public involvement as a critical piece of their planning process. “There is recognition that the usual three public workshops that don’t engage enough
of the community are not sufficient,” he explains.

Richmond ’s local elected officials are enthused about the health and wellness General Plan element and are working with residents to develop a plan element that addresses climate change. “If other cities can adopt some of the inclusive planning efforts we are using in Richmond, I think it will make a better nation,” says Reese-Brown, who hopes the new General Plan will be approved in January 2009.