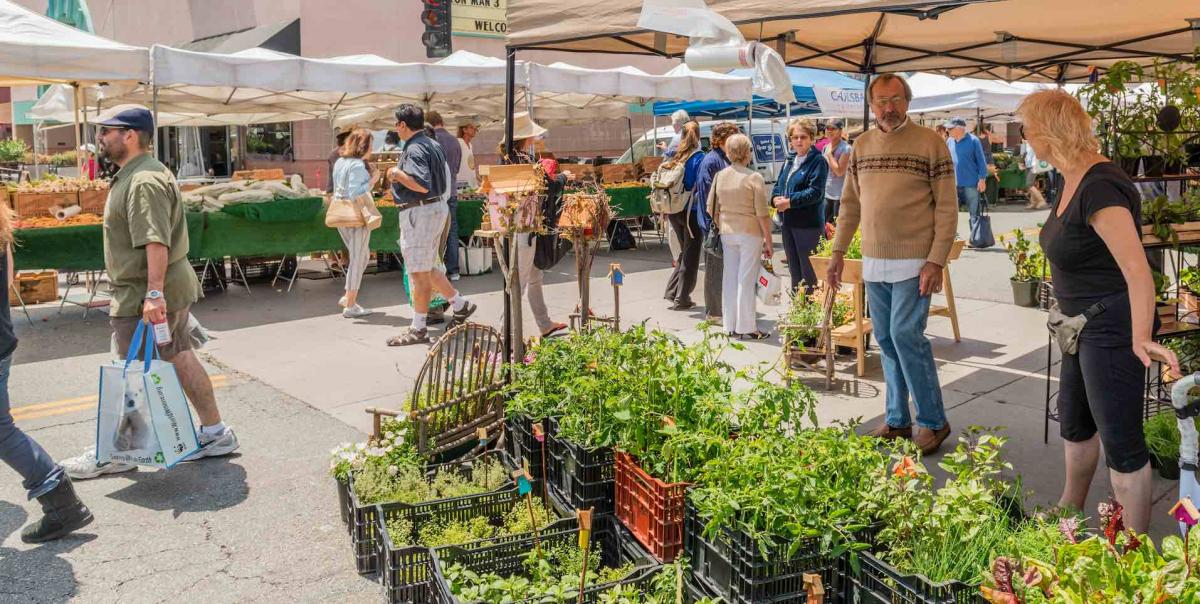 Joaquin Vazquez is a partner with the law firm of Olivarez Madruga Lemieux O’Neill LLP and can be reached at jvazquez@omlolaw.com.

The Intent of the Safe Sidewalk Vending Act

The SSVA states that the Legislature’s intent was to “promote entrepreneurship and support immigrant and low-income communities.” The legislative findings note that sidewalk vending provides an avenue for local entrepreneurship, especially among immigrant and low-income communities.1 Prior to passage of the SSVA, cities had established a diverse patchwork of ordinances regulating or banning sidewalk vending pursuant to their constitutional police power.2 On Jan. 25, 2017, President Trump issued Executive Order 13767 to modify the U.S. Immigration and Customs Enforcement’s “criminal alien policy,” which expanded the number of immigrants who could be considered a deportation priority to include those who had committed minor violations of local sidewalk vending ordinances.3 In response, state Senator Ricardo Lara (D-Bell Gardens) sponsored the SSVA to protect susceptible entrepreneurs from criminalization and deportation. The SSVA establishes parameters “for local regulation of sidewalk vendors to ensure that local governments can’t directly or indirectly ban sidewalk vending.”4

Are All Cities Required to Adopt New Sidewalk Vending Programs?

Must Local Sidewalk Vending Regulations Be Adopted by Ordinance?

No. The SSVA does not require cities to adopt regulations by ordinance, so cities may adopt regulatory programs by resolution.8 Given the SSVA’s general ambiguity, adoption by resolution may be advantageous to allow for nimble program amendments without enduring code amendment/ordinance procedural hurdles.9 Note that a violation of an ordinance –– not a resolution –– is a misdemeanor under state law, but given the SSVA’s bar on imposing criminal liability for sidewalk vending violations, this distinction is likely of no consequence.10 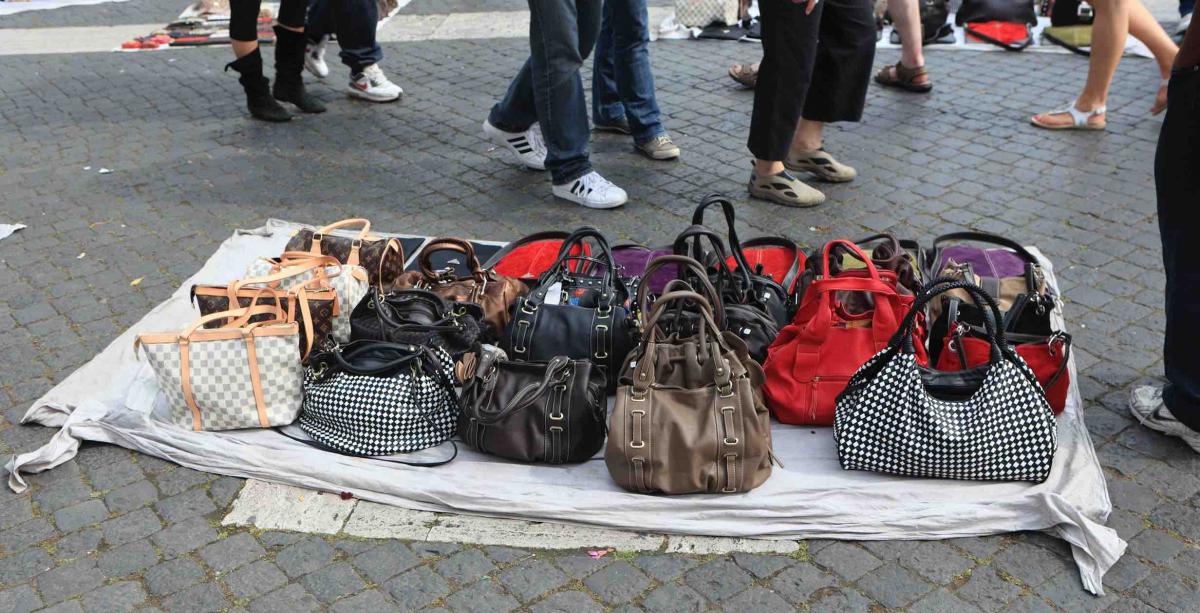 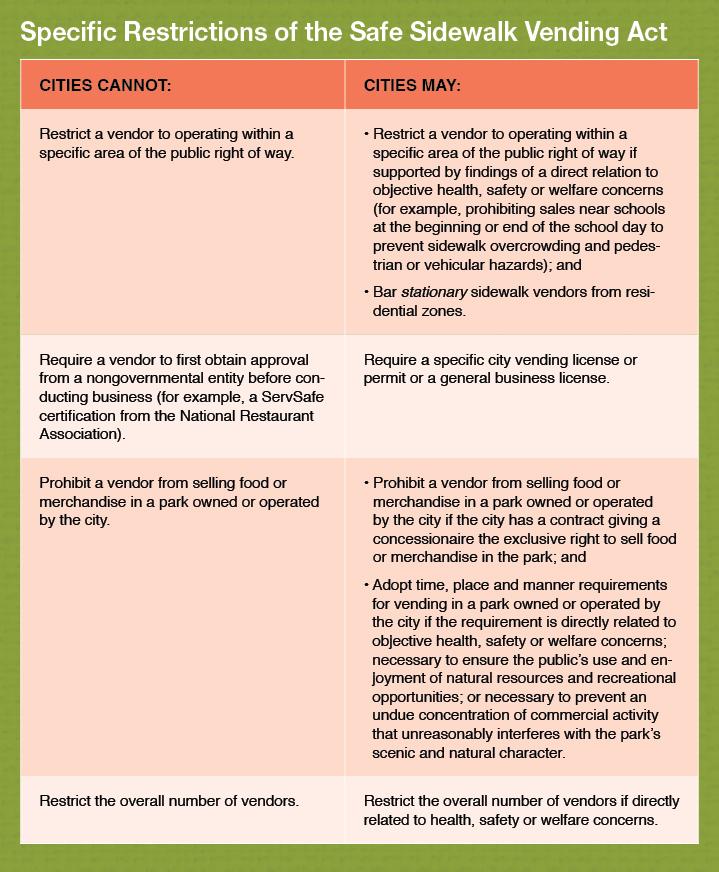 The SSVA does not define what constitutes a valid objective health, safety or welfare concern that may support additional local restrictions, including those pertaining to city parks or a cap on the number of street vendor permits. It does, however, specify that “perceived community animus or economic competition does not constitute an objective health, safety or welfare concern.”15 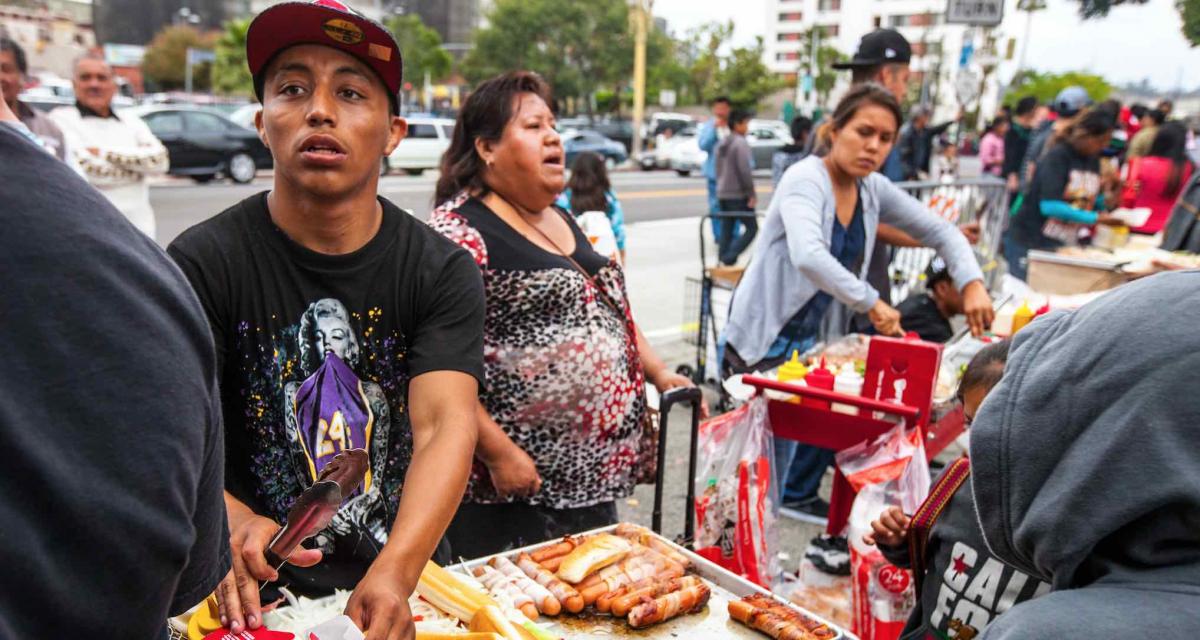 The SSVA prohibits cities from imposing criminal penalties for sidewalk vending violations (misdemeanors or infractions).16 Only administrative fines may be issued, as shown in the table below.17

A city that issues sidewalk vending permits may rescind such a permit upon the fourth violation or subsequent violations and impose increased fines for vendors conducting business without a proper permit.18

Should Cities Treat Fines for Sidewalk Vending Violations Like Other Administrative Fines?

No. The SSVA has unique provisions outlining specific determination and notice requirements. When assessing an administrative citation for street vending, a city must notify the individual receiving the citation that he or she can request an ability-to-pay determination. If the individual receives certain specified public benefits or is found to have a monthly income at or below 125 percent of the federal poverty guidelines, the city must accept 20 percent of the fine amount in full satisfaction of the administrative fine.19 Cities may also:

It is recommended that cities adequately train enforcement staff to ensure that fines are issued and resolved in compliance with the SSVA. 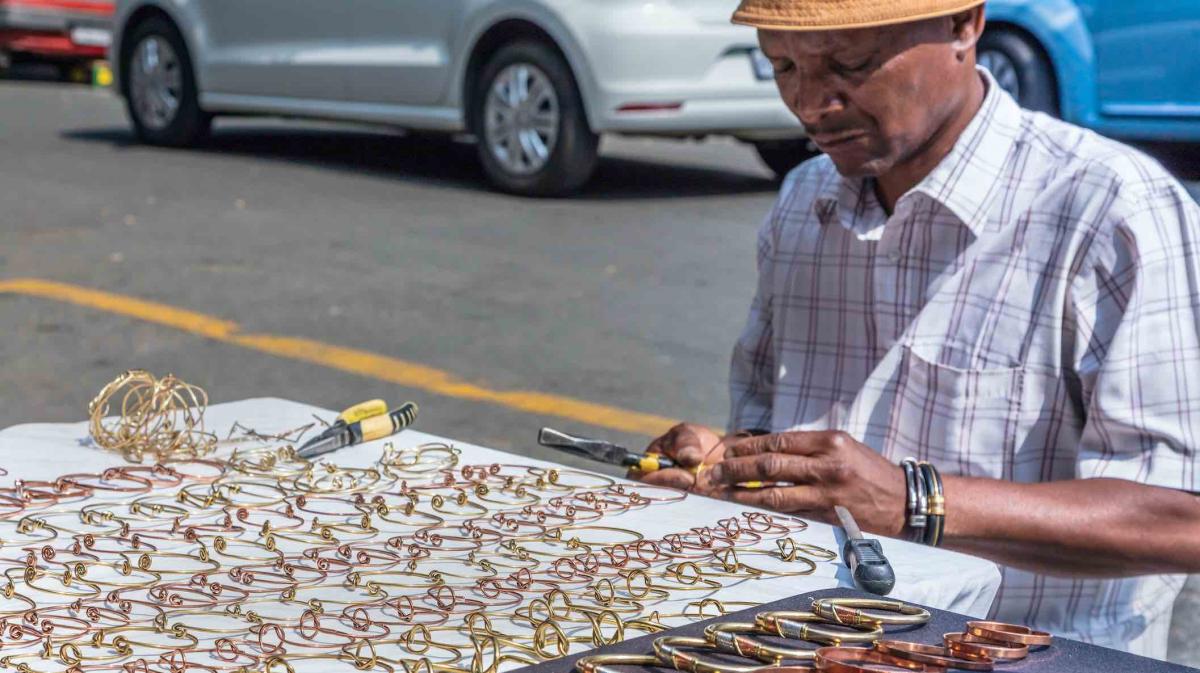 The SSVA has some ambiguous areas that continue to make regulating sidewalk vending challenging for cities. The following questions remain to be answered:

In light of the SSVA’s ambiguity, cities are encouraged to support their sidewalk vending regulations with clear administrative records and robust findings to decrease the risk of legal challenges.

[9] Cities do have discretion to adopt regulations by urgency ordinance with appropriate findings pursuant to Government Code sections 36934 and 36937.