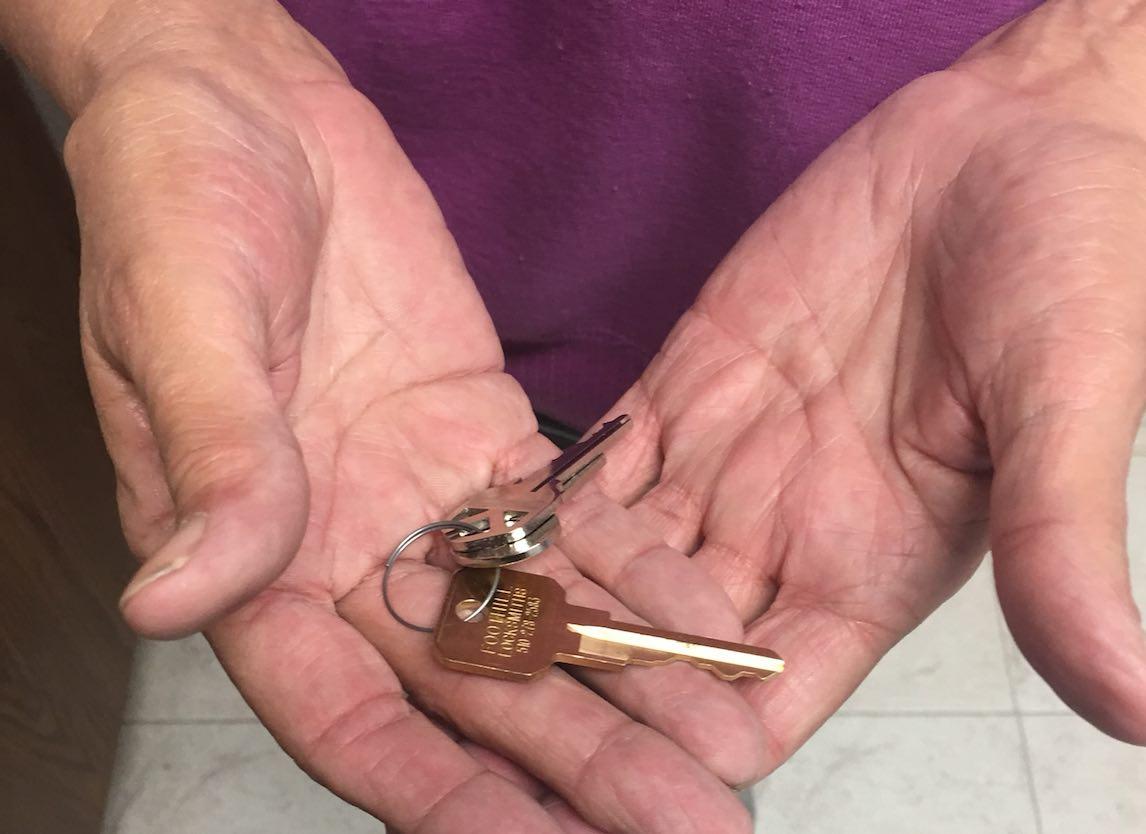 The City of San Leandro (pop. 88,274) in the east San Francisco Bay Area saw a dramatic increase in homeless individuals over the past several years. At the same time, the cost of local rentals was rising and available housing was scarce. Alameda County estimated in 2014 that approxi-mately 150 to 200 individuals were homeless in San Leandro. Many were older adults who had experienced one or more crises, including life-threatening illnesses with a subsequent loss of job/housing, mental illness, addiction issues, domestic violence and disabilities.

Staff at county agencies did not perceive San Leandro as having problems related to homelessness because it is a smaller city surrounded by larger cities with significant homelessness challenges. Consequently, the city lacked homelessness-related county funding as well as services other than those provided by local churches and nonprofit organizations. Meanwhile, homeless individuals were living along the city’s creek, behind homes, in the downtown area and near train tracks and parking lots. 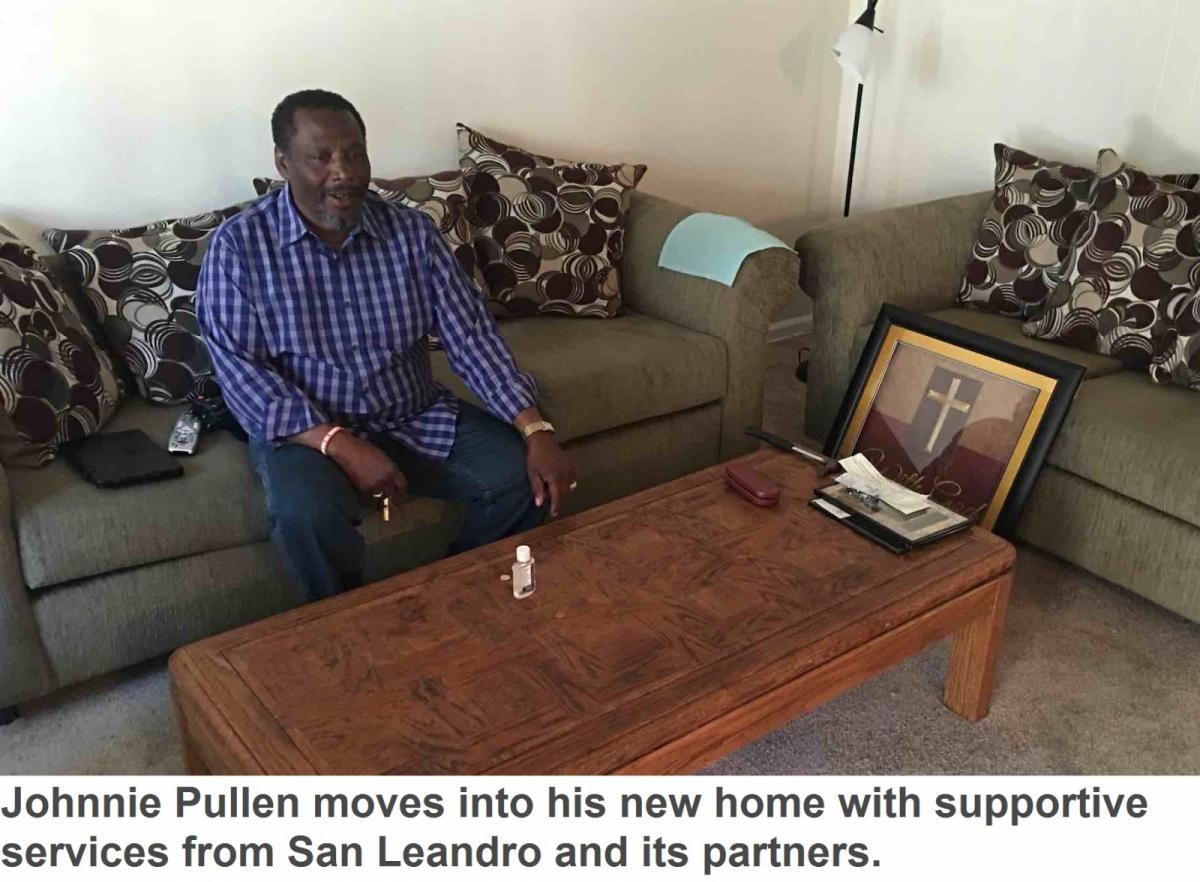 A local nonprofit organization, Building Futures With Women & Children (BFWC), received a grant of housing vouchers from the U.S. Department of Housing and Urban Development to house chronically homeless persons. The vouchers provide a double deposit, rent and case management for people who have been homeless for at least one year and diagnosed with a disability.

But obtaining housing with the vouchers was difficult. Landlords were reluctant to house formerly homeless persons when the rental market was flooded with eager customers. Persuading landlords to take a chance on renting to homeless individuals who had a voucher presented a challenge. Furthermore, it can take time for chronically homeless individuals to adjust to apartment life and rules — another disincentive for landlords.

In March 2016, Mayor Pauline Russo Cutter brokered the first Homeless Compact between BFWC, the Rental Housing Association of Southern Alameda County (RHA) and the city — and RHA committed to providing 25 rental units for the vouchers. Mayor Cutter says, “San Leandro is innovative, compassionate and open to new ways of thinking when we need to focus on an issue like homelessness. The city council, city manager, staff and community worked together to develop creative solutions for homeless people. Because of the Homeless Compact, many more homeless individuals are now housed, sheltered or provided with services — and that is the bottom line.”

The Homeless Compact launched an effort based on partnership, flexibility and collegiality among the agencies that interact with and serve the homeless population. Its success did not rely on any additional city funding but rather on the partners’ cooperation and mutual respect.

Historically, street outreach, police and human service agencies have operated independently of each other without a coordinated strategy or approach. Many outreach workers are typically trained not to trust (and sometimes even to avoid) the police. Working collaboratively, especially in case management, required a significant shift in thinking and practice for the outreach workers and the police. Thinking outside their traditional perspectives — and trusting each other — was necessary for the partners to develop effective cooperative strategies and unified approaches. Now, police officers and street outreach workers often coordinate times to engage pockets of homeless individuals together.

In addition, San Leandro has a strong network of volunteers who help with laundry, showers and meals for homeless individuals. The city also funds a seasonal warming shelter from late November to April. 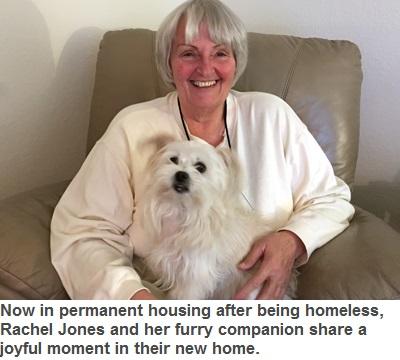 The San Leandro Homeless Compact represents an innovative collaboration of the city government, a local nonprofit service provider and a landlords’ association dedicated to providing long-term housing and services to chronically homeless individuals in San Leandro.

Since the compact was launched, 26 formerly homeless individuals currently have housing and receive supportive services. Many other homeless people were diverted to shelters and other services.

BFWC Executive Director Liz Varela says, “The Homeless Compact was designed to make a powerful difference in the lives of our neighbors here in San Leandro, and it has succeeded. Seniors with disabilities who lived on our streets now have a safe place to call home — permanently. That’s changing our community.”

A formerly homeless person says, “Your program is the best because of its people. You have done everything you said you were going to do. Working with Officer Camarillo and outreach coordinator José Garcia has been great, because they care and want the best for me. Now I know I have a place to sleep and I don’t have to be scared at night.”

Photo credit: Courtesy of the League of California Cities and the City of San Leandro.