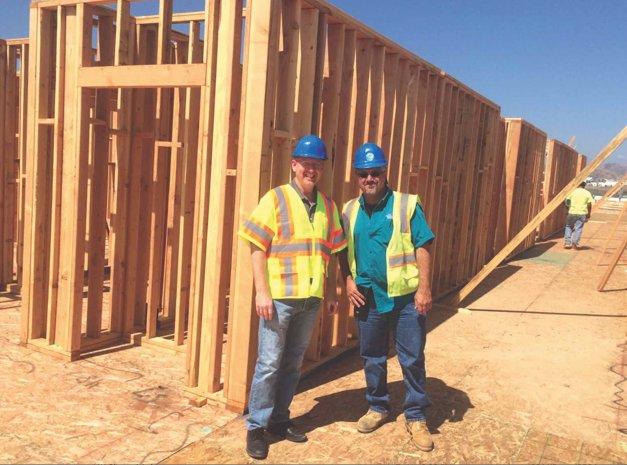 The baby boomer generation is transitioning into retirement, leaving a gaping hole in many municipal organizations. This challenge has been a top priority for the City of Santa Clarita’s leadership team for the past decade.

“When these employees leave work, they take with them decades of experience, historical knowledge and technical competencies,” says City of Santa Clarita Human Resources Manager Kristi Hobrecker. “The challenge is: Who will be stepping up to fill these vital roles in the organization?”

Using a forward-thinking approach, the City of Santa Clarita has created and implemented a plan to ensure the municipality will continue to thrive and provide essential community services to its residents.

Santa Clarita City Manager Kenneth W. Striplin’s experience offers an example. In 1995, Striplin began an internship at the city, where his potential and devotion to the community were quickly recognized. After becoming a full-time employee, he earned several promotions during the next eight years, overseeing various departments and divisions. In 2004, the city promoted Striplin to assistant city manager, and he became city manager in 2012.

Striplin’s story illustrates the City of Santa Clarita’s commitment to the profession of public administration and developing the next generation of employees.

“The entire leadership team is expected to serve as role models and mentors for staff and young professionals seeking a career in public administration,” says Striplin. “We also expect managers to know that their role includes coaching current and future public sector professionals.”

The city’s management team created and launched a Mentoring Program (which won a 2006 Helen Putnam Award for Excellence in Internal Administration) to institutionalize mentoring and to address leadership development and succession planning. The program allows employees to select a fellow employee to be their mentor. As part of being mentored, the employee receives professional development training on topics including leadership, business etiquette, conflict management and project management. “Through mentoring, I’ve learned so much about the importance of building relationships and overcoming the fear of taking on new opportunities,” says Street Maintenance Worker Gonzalo Hernandez.

The City of Santa Clarita’s Leadership Academy is an 18-month program designed for emerging leaders and employees currently in leadership positions. Participants gain fundamental skills essential to a successful leader, with a unique emphasis on how to thrive in the city organization. They also gain insight into their personal leadership style, become familiar with the city’s expectations for leaders and learn the city’s three leadership competencies: Leads, Develops and Achieves. 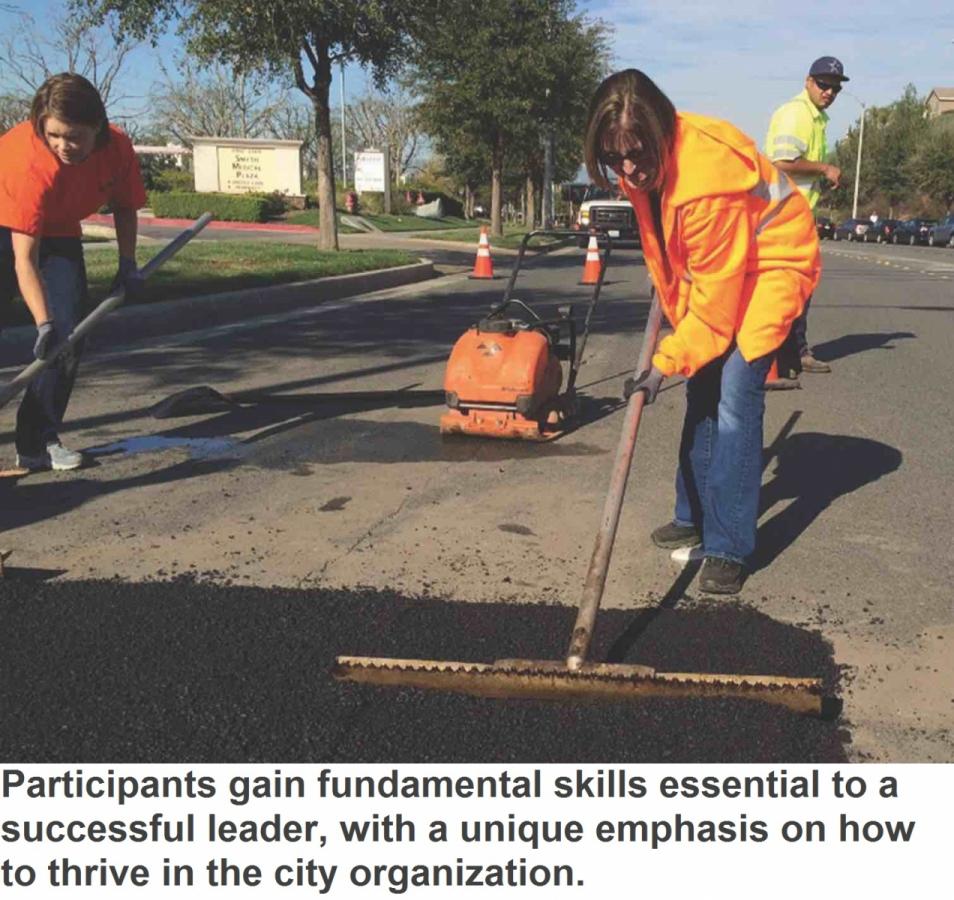 The city offers specialized courses created to provide growth opportunities to all staff. These include the Professional Support Series, which covers building and strengthening communication, organizational and interpersonal competencies, and the inaugural Trade Specialist Series, which focuses on city structure, goals and fine-tuning professional skills.

Those already in management roles can hone their leadership skills by taking the Supervisor Series. Employees interested in learning more about their colleagues’ work can participate in the Job Shadowing Program. “I love the job shadowing experience! I always learn something new and get to see all the great work that city staff does for our community,” says Neighborhood Services Department Project Technician Laura Jardine.

In addition, the city regularly offers information sessions on a variety of topics including conflict management and purchasing. The city’s Education Assistance Program encourages employees to continue their education and covers 75 percent of school fees for an associate’s, bachelor’s, master’s or doctoral degree.

Just as the current city manager was brought up and developed within the organization, leaders are asked to identify those who are apt to follow in their footsteps and succeed. Through training, mentoring, knowledge transfer strategies and focused career development opportunities, the city has placed a strong emphasis on looking ahead and retaining top talent.

The City of Santa Clarita’s robust employee development programs have had significant participation and tangible successes:

The Santa Clarita Way has been a positive approach for the city’s succession planning. Out of the 377 current city employees, 209 have been promoted internally, including 17 of the 18 division managers and one executive manager.

By training and mentoring employees on the job and investing in their growth over the course of their careers, the City of Santa Clarita saves time and money in recruitment, onboarding and acclimating new employees. It allows promoted employees to step into their new role and be effective and efficient from day one.

Although internally it is called the Santa Clarita Way, this strategy could be replicated by any city. By implementing plans to cultivate young talent, cities can secure a strong future for their organization and the communities they serve.

Photo credit: Courtesy of the City of Santa Clarita and the League of California Cities.

This article appears in the January 2018 issue of Western City
Did you like what you read here? Subscribe to Western City