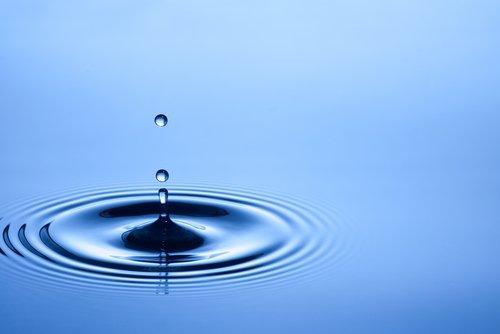 Eileen Cross is community relations specialist for the City of Santa Cruz Water Department and can be reached at ECross@cityofsantacruz.com.

The City of Santa Cruz experienced ongoing water supply challenges long before the current drought affecting California. Unlike most communities in California, Santa Cruz depends entirely on local rainfall for all of its drinking water supply. Ninety-five percent comes from local surface sources, such as rivers and streams, and five percent comes from local aquifers. Simply put, when it doesn’t rain in Santa Cruz, the community doesn’t have water. Santa Cruz is also home to a thriving community of environmental activists and consequently faces scrutiny and frequent opposition to projects that are perceived as being harmful to the environment or energy intensive.

In the early 2000s as the city continued to face water shortages and after many water-supply project ideas and feasibility studies had come and gone, the Santa Cruz City Council approved moving forward with a desalination project. As the project progressed, however, community opposition to desalination (particularly its intensive use of energy and perceived potential impacts to a national marine sanctuary located just off Santa Cruz’s coastline) resulted in a ballot measure in 2012 that passed with overwhelming support, requiring a public vote before the city could proceed with constructing a desalination facility.

In fall 2013, in the midst of contentious community reaction to the release of the Draft Environmental Impact Report for the desalination project, the city council decided to stop the project and to initiate a community-driven approach to water-supply planning. Following this decision, the council selected and appointed a 14-member Water Supply Advisory Committee that began meeting in spring 2014.

The committee’s diverse membership brought together key community interests that represented both pro- and anti-desalination points of view and as well as environmental, educational, business, tourism interests and the city’s Water Commission. The committee’s mission was to use a data-driven, scientific approach to study the water supply problem, identify and evaluate potential solutions and make recommendations to the city council within 18 months.

Concurrent with the formation of the Water Supply Advisory Committee, the city council declared a Stage 3 Water Shortage Emergency and initiated mandatory water rationing with financial penalties for overuse. With that as the backdrop, the committee set to work on addressing the city’s complex water challenges.

In response to criticism that the city had not considered enough alternatives to desalination, a conference titled “Our Water, Our Future — the Santa Cruz Water Supply Convention” was held Oct. 16, 2014, early in the Water Supply Advisory Committee’s process. Structured much like a science fair with poster presentations and an open-house environment, the conference welcomed all community-generated ideas to address the water supply shortfall. More than 50 individuals and groups presented their ideas to hundreds of Santa Cruz-area residents. Water supply alternatives that were presented at the convention (as well as before and after) were shared on the committee’s website (www.santacruzwatersupply.com) and later consolidated into a diverse range of alternatives.

Led by professional facilitators and supported by a team of technical consultants, the committee used a multi-criteria decision support system to rate the alternatives. The committee developed the rating criteria and scales, providing opportunities for committee members with diverse interests to share their perspectives, identify commonalities and grapple with divergent views and priorities. This process helped the committee build mutual understanding and respect for one another’s values and perspectives, which would be critical to reaching consensus.

After 18 months and hundreds of hours of study and community meetings, and with broad community support, the Water Supply Advisory Committee presented its recommendations to the city council on Nov. 24, 2015. The council unanimously approved the committee’s recommendations, which include increased demand management, in-lieu water transfers, aquifer storage and recovery, recycled water — and desalination as the last alternative.