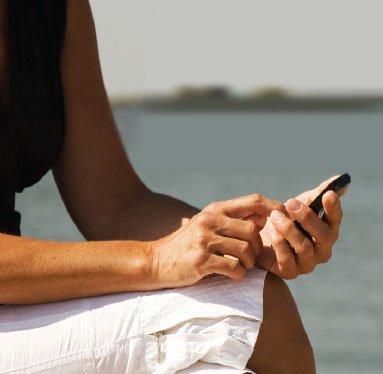 The City of Santa Cruz won the 2011 Helen Putnam Award for Excellence in the Public Safety category. For more about the awards program, visit www.cacities.org/helenputnam.

How do you reach citizens who no longer access information in traditional ways? How do you speak to residents who are not watching the local nightly news, listening to news radio or reading the daily newspaper?

The Santa Cruz Police Department confronted these challenges when a major sinkhole blocked the city’s most heavily traveled intersection in late 2009. The intersection provides access to the highway and serves as a major arterial point for more than 100,000 vehicles daily. The Police Department used a traditional method to inform the public, issuing press releases to the local media.

It didn’t work. Parents, unaware of the situation, waited hours in traffic to pick up their children. Shoppers were stranded with melting groceries as they waited for the intersection to be cleared. Traffic backed up for more than two miles. It took nearly six hours to clear the traffic and two days to repair the sinkhole.

After the incident the Police Department focused its attention on how to prevent this from happening again.

“We learned that people simply had no idea of the incident because they weren’t consuming information from traditional media sources,” says Press Information Officer Zach Friend. “Nearly half of our community gets their information from a smartphone or hand-held device.” He adds that younger adults expect to be able to interact with governmental agencies the same way they do with private industry: through smartphones, social media, texting and other forms of personalized, instant communication. It was clear that the department would have to use new ways to effectively reach the public.

So the Santa Cruz Police Department set out to develop the first consumer-focused law enforcement smartphone application in the United States. Working with two graduates of the local University of California, Santa Cruz, the department spent four months building and refining the application, which was funded by a federal grant and launched in March 2011.

Residents can now access a broad range of public safety items and information through the app, including:

Nearly 3,000 local residents downloaded the free app in the first few months following its release. Hundreds of unique viewers access the app’s features every day. The app has enhanced the Police Department’s ability to communicate directly with the community about a variety of public safety issues.

Dozens of interested law enforcement agencies throughout the country have contacted Police Chief Kevin Vogel to learn more. Vogel says, “This mobile application is an essential step toward ensuring greater access to our department. The easy-to-use interface provides an unprecedented amount of information to the consumer.”