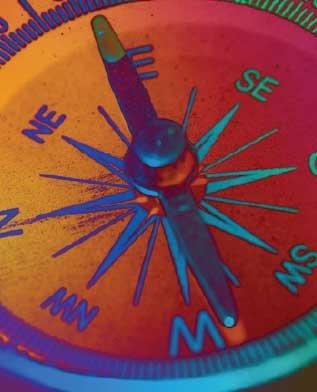 Setting a Strategic Course For 2011

The League’s board of directors meets every November, in conjunction with the leaders of our divisions, departments, policy committees and caucuses, to review the organization’s progress over the past year and identify strategic goals for the coming year. This planning process was adopted in 2001 and generated a new mission statement, vision statement and core beliefs. At that time, the League also committed to accountability within all aspects of the organization. As part of this commitment, each subunit regularly reports its progress toward accomplishing the strategic goals.

In November 2010, we expanded the strategic planning process to consider some additional issues, including whether the process has served the organization well over the past 10 years and if any changes were needed. As part of that discussion, we reviewed the League’s significant accomplishments in pursuing its mission and achieving its strategic goals. In the past decade, the League:

It’s worth mentioning that the League has worked hard to support legislation that protects local funding and local control. We have also been able to stop many pieces of proposed legislation that would have been detrimental to cities and the quality of life for our residents. In addition, we have built important alliances and coalitions with other organizations and associations that share our goals. These are just a few highlights of the many achievements of the past decade, which are too numerous to list here in their entirety.

Looking to the Future

Our leaders agreed that our strategic planning process has indeed served the League well. By focusing on just three or four specific goals each year, we greatly increased our capacity and ability to effect positive changes and achieve our mission.

As a result of our discussion of these issues, we refined and updated the League’s vision and mission statements and core beliefs to more accurately reflect the organization’s ongoing focus and efforts. The revised language appears in the sidebar (below).

We also developed the following three strategic goals for 2011:

The first goal builds on the work that began in 2002 with the formation of the Leave Our Community Assets Local (LOCAL) Coalition and, more recently, continued with our participation in the Cities, Counties and Schools (CCS) Partnership Fiscal Reform Task Force. In July 2009, we co-sponsored the local government summit Rebuilding California From the Ground Up, which set protecting local revenues as its top priority and, in turn, led to our successful Prop. 22 campaign. We plan to continue that important work by collaborating with the California State Association of Counties (CSAC) and our other local government partners, California Forward and various groups in advancing reforms in the structure, governance, fiscal integrity and responsiveness of state and local governments. Partnering with others is a key component in the effort to make our state fiscally responsible and responsive.

The second goal reflects the need to ensure that our public pension systems are fiscally sound and will not put at risk the services that are essential to the well-being of our residents and communities. The League will work with our partners to help cities understand their policy options in addressing the issue of long-term pension sustainability and security for the benefit of our residents and employees.

The third goal underscores our commitment to use every cost-effective communications and outreach technology and strategy available to help city officials better access League services in the face of ongoing fiscal challenges. The adverse economic climate and budget cuts have affected every city in California. In the past year the League has started offering training and education events online through webinars to make it possible for city officials to benefit from participating without incurring travel-related expenses, and implementing this goal will build on that effort.

The League offers local officials and city staff many resources to support your service to your community and many opportunities to be a part of League activities. I encourage you to learn more about how your colleagues throughout the state are working through the League’s divisions, departments and policy committees to achieve our 2011 strategic goals. Talk to your League regional public affairs manager and visit www.cacities.org for the latest updates on our progress. Join us as we work together to build a strong California.

Vision: To be recognized and respected as the leading advocate for the common interests of California’s cities.
Mission: To expand and protect local control for cities through education and advocacy to enhance the quality of life for all Californians.
Core Beliefs
We believe: