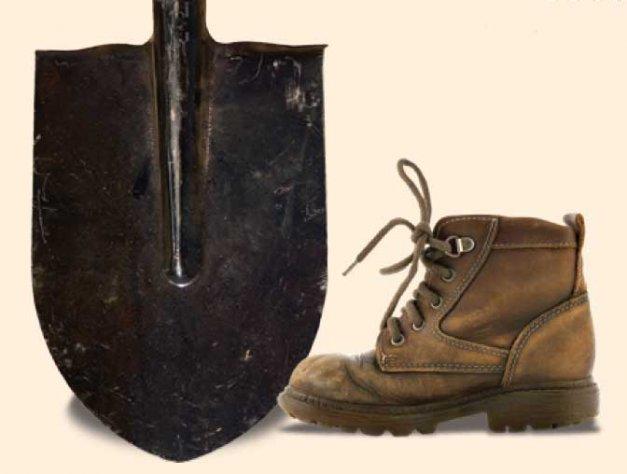 Shovel-Ready on a Shoestring: Tools for Efficient, Cost-Saving CEQA Compliance

Cities can take many simple steps to maximize the efficiency of CEQA review while maintaining legal defensibility, and streamlining the process can also save money.

Complying with the California Environmental Quality Act (CEQA) doesn’t have to be a painstaking ordeal. Cities can take many simple steps to maximize the efficiency of CEQA review while maintaining legal defensibility. Streamlining your CEQA process can save your city time and money and make it more attractive to project applicants.

Tips to Keep in Mind

The key is to do things right the first time around. Here’s how.

Front-Load Long-Range Planning Documents. Projects frequently trigger preparation of environmental impact reports (EIRs), rather than less burdensome “negative declarations,” because they result in significant impacts to air quality, traffic, noise and climate change. But it doesn’t have to be this way. By establishing comprehensive policies and programs that promote emission-reducing activities, such as pedestrian and bicycle plans, and set out sustainable, environmentally friendly practices, particularly during project construction, cities can build “self-mitigating” strategies into General Plans, neighborhood plans, zoning ordinances and design guidelines. Cities with overarching strategies to reduce emissions and traffic can develop compliant public works projects and provide private applicants with guidance to reduce the likelihood that their project will require an EIR.

“Partial exemption” under Section 21083.3. Projects consistent with the development density established by existing zoning, community plan or General Plan policies for which an EIR has already been certified may be “partially exempt” from preparation of a new environmental document.1 If a project meets the relevant requirements, the agency need only prepare a CEQA document if it identifies an impact that is “peculiar” to the parcel or the project. Despite its potential, this streamlining tool is rarely used. Cities should be more willing to try it, especially after its use was upheld in Wal-Mart Stores, Inc. v. City of Turlock (2006).2 Note that the courts have suggested but not decided that the “fair argument” standard applies to the determination of whether an activity’s impacts are covered by the prior EIR.3Under this threshold, any evidence of a “fair argument” that a project co​uld result in a significant environmental impact will trigger preparation of a new EIR. However, the more deferential substantial evidence standard applies to determining whether the project is consistent with the General Plan or zoning.4

SB 375 establishes a new statutory exemption and a new CEQA streamlining approach for residential or mixed-use projects and “transit priority projects.” Cities with qualifying projects can look forward to the new “CEQA-lite,” as the streamlined version is also known. Currently, metropolitan planning organizations are working to include new “sustainable communities strategies” into their regional transportation plans, which will articulate methods for reaching emission targets set by the California Air Resources Board (CARB). “Transit priority projects” that meet specific criteria can qualify for either a full CEQA exemption or a streamlined CEQA document called a “sustainable communities environmental assessment.” This is akin to a mitigated negative declaration but with the more favorable substantial evidence standard of an EIR.5 For residential or mixed-use projects that conform to the adopted sustainable communities strategy, in those CEQA documents cities can exclude analysis of growth-inducing impacts and project-specific or cumulative impacts on climate change or the regional transportation network.

Tiering allows cities to analyze broad programs and policies in a “first-tier” EIR and limit analysis of site-specific projects that implement those policies in a “second-tier” EIR or negative declaration. Tiering can reduce repetitive discussion and analysis and allow an agency to focus on issues that are ripe for decision-making. Tiering is generally limited to projects consistent with the General Plan and zoning of the city or county where the project is located.6 Types of EIRs that can be used in the tiering process include Program EIRs and Master EIRs.7

Statutory exemptions. Many public works projects are simply exempt from CEQA by statute. Examples include:

Categorical exemptions. Other projects — those not generally expected to have a significant effect on the environment — are “categorically exempt” from CEQA.12 For example, such projects may be infill development projects that meet certain criteria, including consistency with adopted plans and zoning, size limitations and adequate service by utilities.13 Watch out, however, for specific exceptions to otherwise exempt projects, such as projects located on Cortese list hazardous waste sites and those with significant cumulative impacts.14

Lack of transparency, the temptation to cut corners and inexperience can result in substantial delay and expense in the CEQA process. Use the following tactics to avoid such problems.

Assign qualified project managers and hire the right consultant. Experience and integrity are key to an efficient, defensible environmental document. Look for an environmental consultant who can get your city through the review process from start to finish not just quickly but thoughtfully — and in compliance with the latest CEQA requirements. Consider maintaining a list of pre-approved consultants. Savvy cities know that doing it right the first time avoids expensive backtracking and litigation.

Consult with project opponents. If a project is likely to generate controversy, meet with potential project opponents as early as possible. Giving stakeholders a voice in the initial stages of project development will provide your city with an opportunity to meaningfully respond to concerns. It will also give you a heads up on the issues that concern members of your community. Courts look favorably on robust public participation and a good-faith effort to respond to the public’s environmental concerns.

Share information internally. Get “uncomfortable” facts out on the table early. Your CEQA consultants and legal team can help address these issues quickly and defensibly only if they know about them.

Organize the administrative record. If, despite all your efforts, your project draws a legal challenge, you will want to have your files in order. Cities spend a disproportionate amount of time and money organizing chaotic administrative records for submission to the court. Exercising good foresight can minimize costs. Encourage your CEQA team to keep organized files to allow for an easy transition into record preparation.

Each project’s individual facts and characteristics will dictate the best and most defensible course of CEQA action. As a rule, looking at the big picture of CEQA compliance and being willing to attack issues up front can save your city heartburn and money.