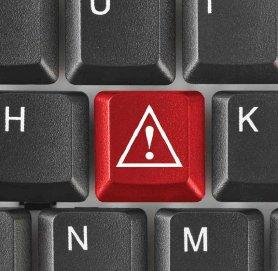 This column is a service of the Institute for Local Government’s Ethics Project, which offers resources on public service ethics for local officials. For more information, visit www.ca-ilg.org/trust. Special thanks to Best Best & Krieger for its support of this column.

Question: Your April 2008 article on the ethics of blogging essentially counseled, “If you can’t beat the bloggers, join them.” If a public agency plans to follow that advice and begin using social media, what legal issues should its staff take into consideration?

Answer: The terms “social media” and “Web 2.0” refer to various activities that integrate technology, social interaction and content creation. Social media allow people to create online content and organize, edit or comment on it, as well as combine and share it. Social media and Web 2.0 use many technologies and forms, including web feeds, blogs, photo and video sharing, podcasts, social networking and more.

These Internet technologies have transformed how users communicate with each other. As a key consequence, traditional institutions — for example, the mainstream media, corporations and public agencies — exert far less control in the flow of information. From an ethical standpoint, this promotes the value of fairness by giving a voice to more people.

Social media have both positive and negative implications for public officials and agencies. The legal issues represent one such set of implications. Issues to be aware of include:

The best way to address these issues is to adopt policies that guide both the public and staff on how the agency is using the tools offered by social media. This article discusses these issues and includes excerpts from public agencies’ social media policies; additional samples are available at www.ca-ilg.org/socialmediapolicies.

If a public agency does allow others to post materials of their choosing on a website, blog or social network site, then an argument can be made that the agency has created what the courts call a designated public forum. This would mean that the agency cannot exclude (or delete) material based on its content except for compelling reasons. The way the courts frame this is that restrictions must serve a compelling state interest that is narrowly tailored to achieving that interest.2

Even if the agency created only a “limited public forum” for certain groups or on certain topics, it cannot delete posts simply because they are critical of the agency, its officials or employees or because the agency otherwise dislikes what the posts say.

There may be technological ways to limit how much conversation occurs on the agency’s page. On Facebook, for example, a public agency has choices on how to set up its page. On a “fan page,” an agency may select settings so that only authorized staff can start a new topic. This helps limit topics to ones that are related to agency business. According to Facebook, however, there is no way to turn off “comments” on a Facebook wall page — even if one restricts the other settings.3

The State of Utah’s social media policy4 gives the following direction to its staff:

In some social media formats, such as Facebook, blogs, Twitter responses, etc., you may encounter comments that cause you concern as a moderator or responsible party. If user content is positive or negative and in context of the conversation, then the content should be allowed to remain, regardless of whether it is favorable or unfavorable to the state. If the content is ugly, offensive, denigrating and completely out of context, then the content should be rejected and removed.

Note the use of the word “and” as opposed to “or” in the last line: content must by “ugly, offensive, denigrating and completely out of context” to be rejected or removed.

Issues Related to Use of Public Resources

“Personal purposes” mean those activities that are for personal enjoyment, private gain or advantage or an outside endeavor not related to business. “Personal purposes” do not include the incidental and minimal use of public resources, such as an occasional telephone call.7

The law suggests that an occasional personal “tweet” or visit to one’s personal Facebook page might not be a violation of the law. Employees should be reminded, however, that it’s important to keep in mind public perceptions (and the public includes one’s friends and family). It should never appear public servants are spending work time doing anything other than the public’s business.

Thanks to Our Supporter

The City of Seattle relies on a “limited public forum” theory in its social media policy, which reads:

8. Users and visitors to social media sites shall be notified that the intended purpose of the site is to serve as a mechanism for communication between city departments and members of the public. City of Seattle social media site articles and comments containing any of the following forms of content shall not be allowed:

Seattle’s policy reserves the city’s right to restrict or remove any content that is deemed in violation of its policy or any applicable law; it also indicates its goal of approaching the use of social media tools as consistently as possible, enterprisewide.8

A June 2009 study by the Public Policy Institute of California reveals these interesting trends: