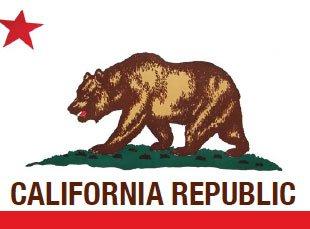 Stand Up for What’s Right: Reform Efforts Depend on You

The League’s board of directors met in November 2009 to set the organization’s strategic priorities for 2010. This process helps us frame our agenda for the coming year and create an action plan.

Last year, every city in California was hit hard by the recession and the state’s grim fiscal outlook. Local officials grappled with the effects of revenue shortfalls, growing unemployment, volatile financial markets and foreclosures. Not a single city went unscathed as local officials were forced to cut vital community services and personnel in response to California’s record budget deficits.

As city officials, we are all too familiar with the state’s propensity for taking, borrowing and diverting local revenues to backfill the gaping hole created by the budget deficit. California has now reached a point where the dysfunction of state government threatens the very safety and well-being of our communities and residents. This is simply unacceptable, and we must take action.

Reform Is Front and Center in League’s Goals for 2010

Here are the League’s strategic goals for 2010:

The hard work of gathering signatures has begun for the ballot measure cosponsored by the League, the California Transit Association and the California Alliance for Jobs: the Local Taxpayer, Public Safety and Transportation Protection Act. If passed by the voters the measure would close loopholes and prevent the state from borrowing, raiding or otherwise redirecting public transit funds and local government funds (local taxes, property taxes, redevelopment, transportation, Highway User’s Tax and Proposition 42 funds). In brief, the measure would:

Our Success Depends on Your Help

The success of this effort depends on the involvement of every city official — on their own time and without the use of public resources — to gather signatures, raise funds for the campaign and educate the community about what is at stake.

For many decades, California’s city governments have worked within state government to protect local revenues, local control and local services, and it is abundantly clear today that this approach is no longer working. The concerns and needs of local communities and our residents are nowhere near the top of the State of California’s priority list. Even though a majority of legislators in the Capitol formerly served in local government office, the byzantine and outdated laws and traditions under which state government operates prevent any meaningful change from occurring. The gridlock that has come to characterize state government is clearly not serving the best long-term interests of our state and its citizens.

We have to stand up and say, “This is wrong. Don’t continue to balance the state budget with local funds!” This ballot measure provides us with the way to close the remaining loopholes and prevent the Legislature and governor from diverting and borrowing the local revenues needed to provide quality local services.

Our communities have all been negatively affected by the state’s unwillingness to reform its outdated governance practices that consistently put the interests of Californians at risk. We, as elected officials and local leaders, have to take this issue to the voters. We know they are sympathetic. We know they are suffering from dramatic cuts to police and fire services, parks and recreation programs, libraries, senior centers and all of the vital community services that underpin our quality of life.

I urge you to educate as many people as you can reach — on your own time and without using public resources. Explain the measure, point out the urgency of the situation, get people to sign in support of the measure and then ask them to do the same. Give them the petitions and enlist their help in spreading the word and gathering signatures.

If we sit on the sidelines and don’t participate in this effort, then we have lost the right to complain about the situation when state leaders try to take every penny that is unprotected.

As an elected representative of your city, it’s your duty to make sure your city is fairly represented and protected in an unfair system. You can’t do much for your city if your local treasury is getting raided every summer by the State of California when it’s time to pass the state budget.

It’s time to stand up and do the right thing for our cities and our residents. Let’s put the issue of protecting funding for local services before the voters and let them decide. We need all hands on deck now to qualify this measure and win in November. Spread the word, and stand up for what’s right.

For More Information
Visit www.savelocalservices.com for tools and information to help educate your community about the Local Taxpayer, Public Safety and Transportation Protection Act.