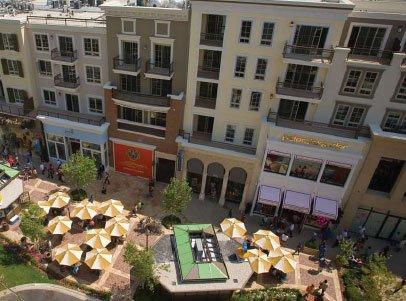 Is the State Eating Its Seed Corn? How Cutting Redevelopment Kills Jobs

Growing up in a Midwest farming community, I often heard the expression, “Don’t eat your seed corn.” Farmers knew they had to carefully protect their seed corn at the end of a season so they would have enough to plant in the spring. If they consumed all their seed corn, there would be no harvest the following fall.

Those are good words to live by, but in this fiscal year the State of California did the equivalent of eating its seed corn. Taking $350 million in funds from local redevelopment agencies may seem like an easier choice than cutting expenses and/or raising revenues, but it means there won’t be economic harvests in the future.

One dollar spent in a redevelopment transaction typically leverages another $6 in private funds. Economists tell us those $7 — spent mostly on construction materials and labor — will circulate at least one more time in the overall economy producing additional jobs and goods. One redevelopment dollar then essentially becomes $14.

When materials and goods are purchased and people are put to work, something else is produced: dollars from sales tax, income tax and property tax, many of which flow to the state treasury.

Another way to look at the state taking $350 million from local redevelopment agencies is to apply the leverage formula of 1-to-14: $350 million translates into a $4.9 billion hit to overall economic activity. Economic modeling of redevelopment investments also indicates that number includes $1.28 billion in reduced income for construction-related businesses. The $350 million taken also means that the state will lose tax revenues estimated at $208 million — and more than 31,000 jobs. Taking redevelopment funds is not sound economic policy, particularly during a recession.

Taking away redevelopment funds hurts one of the job sectors already hardest hit during this economic downturn: construction. From January 2008 to January 2009 a total of 121,600 jobs disappeared in the construction industry (an average of more than 9,400 jobs a month). Construction and financial services are losing significantly more jobs per month than the rest of the economy.

Building commercial and residential structures and infrastructure involves many more workers than just those on a building site. Workers who manufacture windows, beams, pipes and other essential building materials and those who transport these items to the site and provide other services also lose their jobs when redevelopment funding is cut.

Communities use their redevelopment “seed corn” dollars to build infrastructure such as streets, water lines, sewers and sidewalks. They build affordable housing. They revitalize run-down areas and restore vitality to tired downtowns. Increasingly, they are using dollars for infill development, transit-oriented development and “green” buildings, which reduce vehicle miles traveled and conserve natural resources. They use redevelopment funds to clean up brownfields and invest in sustainable, walkable communities. Again, all these investments support jobs and economic growth, which in turn produce tax revenues.

Redevelopment activities represent the investments that will help California prosper and build better communities at the same time. That’s certainly a harvest worth keeping.

The $350 million take of redevelopment funds in the current state budget will have the following adverse economic effects:

In late 2008, the California Redevelopment Association (CRA) and the cities of Moreno Valley and Madera filed a lawsuit in Sacramento Superior Court to block sections of budget trailer bill AB 1389, which was approved as a part of the FY 2008-09 state budget and authorizes a one-time raid of $350 million in redevelopment funds.

Judge Lloyd Connelly presided over a hearing on the merits of the lawsuit March 13, 2009. No decision was rendered at the conclusion of the hearing, and it will likely be late April before a ruling is made. Judge Connelly was aware of the May 10, 2009, payment due date for transfer of redevelopment agency funds to ERAF; he agreed to hear a motion to stay on April 30, 2009, if necessary. Regardless of which side prevails in Superior Court, the decision is expected to be appealed. These issues were pending as Western City went to press. For updated information, visit www.cacities.org or www.calredevelop.org.