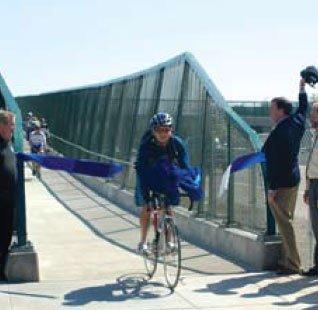 John Pilger is communications officer for the City of Sunnyvale and can be reached at jpilger@ci.sunnyvale.ca.us.

In one of the worst economic climates in recent history, the City of Sunnyvale launched a capital works acceleration program that has saved the city tens of millions of dollars while moving projects forward by a scale of years.

Sunnyvale City Manager Gary Luebbers was facing the same financial realities confronting other California communities. Declining revenues, a bleak recovery forecast and a desire to maintain services at the highest possible levels had created an impossible balancing act. Sunnyvale’s long tradition of sound management, including a 20-year budgeting process and the use of a budget stabilization fund separate from the city’s reserve funds, helped a little but not enough.

“We needed a new way of doing business,” Luebbers explains. “We typically had boxed ourselves into what we ‘can’ and ‘cannot’ do.” He examined each step of the capital improvements process and repeatedly asked, “If we were a business, would we do it this way?” In many cases, the answer was no.

“Thinking as a businessman, I looked at accelerating our processes and asked if there would be a return on investment,” Luebbers relates. “And was there ever!” He met with his directors and laid out the plan, which proposed to move about $60 million in projects planned for future years into the here and now.

Putting the Plan Into Motion

Once staff abandoned the compartmentalized thinking that had traditionally constrained the capital improvements program (CIP) process, the new direction became clear. At no point should the city’s processes be a stumbling block to getting a project scoped, bid and under way. New interdepartmental relationships were forged, most notably between the departments of public works, finance, community development, the city attorney and the Office of the City Manager.

“To accelerate the process of getting bids on projects, we decided to prequalify 15 categories of key consultants in areas such as architecture, landscaping and project management,” says Finance Director Mary Bradley. “We received more than 300 responses.” With a list of prequalified firms in hand, the selection process that previously took up to six months was reduced to 30 days. Furthermore, contractors are bidding significantly lower prices than in the past in an effort to keep their crews working.

The city launched Sunnyvale Works! in April 2009. The target: Accelerate the execution of about 30 projects with a total value of $60 million into the next 12 months.

Since launching the program, Sunnyvale has seen bids that are 30 percent lower than expected. With such tremendous contract savings, Sunnyvale Works! has been able to expand the number of projects under way. The winning combination of low bids, grants from the American Recovery and Reinvestment Act (ARRA) and the state, and a streamlined administrative process have allowed the program to grow from its targeted $60 million in projects to more than $100 million in less than a year. As of March 2010, $47 million dollars in projects had been awarded, including bridge repair, slurry seal, concrete work, and water, storm drain and sanitary sewer work.

Public Works Director Marvin Rose believes Sunnyvale is in the midst of a unique set of circumstances. Three factors have been key to the program’s success. “First, we had street-ready projects,” he says. “Second, Proposition 1B and federal ARRA funding was available. Third, City Manager Gary Luebbers allowed our city’s directors to shift staff resources as needed to kick projects out without worrying about second-guessing his reaction. We have been able to move quickly and strike when opportunities were presented.”