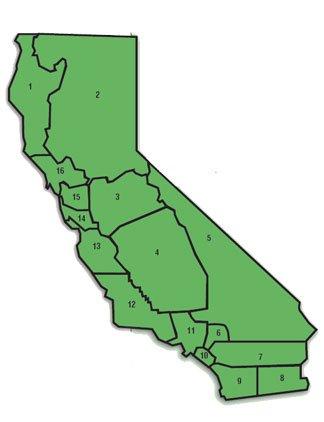 Taking Action at the Grassroots Level

Eva Spiegel is communications director for the League and can be reached at espiegel@cacities.org. Bismarck Obando, director of the League’s Regional Public Affairs program, also contributed to this article.

The League’s Grassroots Regional Public Affairs program reached a milestone in 2011 by completing its first decade of work. This program put a team of 16 regional public affairs managers on the ground throughout the state to work directly with California city officials. The team has proven to be an extremely effective advocacy tool for the League, helping to achieve extraordinary successes in Sacramento and at the ballot box. As the program enters its second decade, it provides a good opportunity to revisit how the program supports California city officials’ efforts to protect vital local services.

The regional public affairs managers serve as liaisons for the League with its 16 regional divisions and at the state Capitol. In essence, they represent the League at the local level, serving as the organization’s eyes and ears. Working in their regions and with League staff in Sacramento, the regional public affairs managers act as a sounding board for how state policy will translate at the local level and how local ordinances can be adapted into state law. They also help local officials understand the complex political dynamics of the state Capitol and Washington, D.C.

The League launched this innovative program following a series of devastating state raids on local funds in the 1990s. By 2001, the state had shifted away billions of dollars of annual city, county and special district property taxes and other revenues. Cities had had enough, and the League created the network to fight back. A membership poll at the time revealed that city officials believed protecting local revenues should be the grassroots network’s top priority. The League hired seasoned political professionals to form broad coalitions on issues, organize letter-writing campaigns and provide insight on the political dynamics at the local level that influence legislation.

The League’s successes at the ballot box and in the Legislature over the past decade underscore the power of the Grassroots Regional Public Affairs program. In 2004 the League helped pass Proposition 1A to prevent any increase in the local property tax shifts to the state and to protect sales tax and Vehicle License Fee funds. And the League helped defeat ballot measures in 2006 and 2008 that would have made disastrous changes to local land-use authority. During the “No on 90” campaign in 2006, the regional public affairs managers brought together more than 400 diverse organizations to oppose the measure and conducted countless public education events, news conferences and outreach efforts. In the “No on 98, Yes on 99” campaign of 2008, the team sprang into action to inform coalition members, the news media and the general public about Prop. 98’s pitfalls and the need for the honest eminent domain reform contained in Prop. 99.

The “Yes on 22” campaign began in earnest in early 2010 when the League’s regional public affairs managers launched an impressive volunteer signature-gathering effort to help qualify the Local Taxpayer, Public Safety and Transportation Protection Act of 2010 for the November 2010 ballot. Once again, the League’s Grassroots Regional Public Affairs program played an essential part in achieving stronger protections for local revenues. The team educated local officials, coalition members, the public and the press on the need to enact further protections of local funds from state raids. The grassroots network helped propel the League to victory in November when Prop. 22 passed by more than 61 percent.

Helping You Connect With the League

Connecting with the League also means connecting with your regional public affairs manager. For new members, this unit of the League provides a personal introduction to the organization and the many resources it offers. The regional public affairs managers help local officials learn about the League, its policy-making process and legislative priorities. The managers work with city officials who want to become involved with the League through their regional division as well as policy committees, special task forces, professional departments and the board of directors. The divisions bring together city officials quarterly if not more frequently for regional and legislative updates, giving city officials an opportunity to engage with their local colleagues and become more informed on substantive state policy issues.

The regional public affairs managers also bring together city officials regionally to collaborate on common issues and concerns, which enhances local officials’ effectiveness when advocating for their cities at the state level. City officials in turn working with their regional public affairs manager help the League’s Sacramento staff understand how statewide issues play out locally. The powerful grassroots connection strengthens the League’s advocacy efforts, which are the cornerstone of its success.

The League’s Regional Divisions and Staff

Regional divisions function as the League’s grassroots advocacy teams. They provide a way for city officials to get involved in grassroots activities that support the quality of life in their community. The divisions also provide the League board of directors with necessary input and counsel from a diverse range of perspectives among a membership dispersed throughout our large state.

Divisions are staffed by League regional public affairs managers, who develop regional information programs and carry out grassroots activities to support specific legislative, regulatory and ballot measure goals. Divisions also participate in policy development by appointing representatives to the League board of directors and resolutions and policy committees. Bismarck Obando is the director of the League’s Regional Public Affairs program.

The League’s divisions and their regional public affairs managers are: 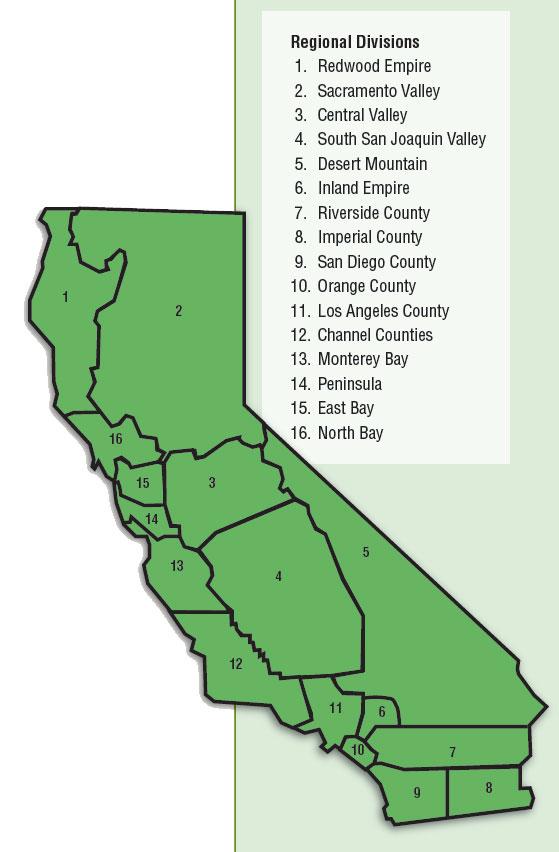