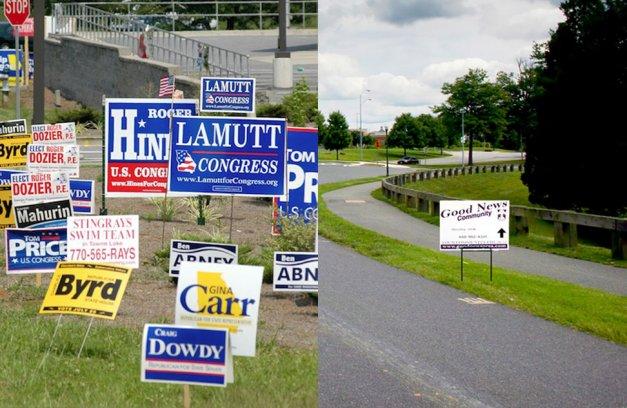 Margaret Rosequist is an attorney with the law firm of Meyers Nave and can be reached at mrosequist@meyersnave.com.

The U.S. Supreme Court issued its much anticipated opinion in Reed v. Town of Gilbert on June 18, 2015, finding that the sign regulations in Gilbert, Arizona, violated the First Amendment.1 Although Reed considered only — and found unconstitutional — distinctions the town made under its sign ordinance between different types of noncommercial signs, the ruling’s impact is potentially far-reaching for California cities, because the court articulated an unforgiving standard for assessing the content neutrality of any restrictions under a city’s sign ordinance that impact speech rights.

The Reed plaintiffs, a pastor and his small “homeless” church, had placed temporary directional signs throughout the Town of Gilbert directing people to the church’s weekly meetings, which were held in different locations because the church lacked a permanent location. The town cited the plaintiffs for, among other things, posting their signs in violation of the timing limits allowed under the town’s sign ordinance.

The plaintiffs filed a lawsuit against the town, alleging that the regulations violated their First Amendment rights because other noncommercial signs with political or ideological messages were allowed to be posted for a longer duration and had different size limitations under the ordinance. The town contended that the ordinance did not violate the First Amendment because it was “content neutral” — it did not favor particular ideas or messages over others and served the town’s important interests in regulating safety and aesthetics.

The Ninth Circuit Court of Appeals upheld the validity of the town’s distinctions between the different types of noncommercial speech under the ordinance, but the U.S. Supreme Court unanimously reversed. The Supreme Court held that the distinctions in the ordinance were not content neutral and therefore violated the First Amendment. The Reed opinion also set forth a rigid test for assessing content neutrality and mandates that “strict scrutiny” judicial review applies to laws that target speech based on its communicative content. In the wake of Reed, cities should review and possibly reconsider the language used in their sign regulations to assess for content neutrality under the strict test articulated by the Supreme Court.

The Reed court held that the distinctions enacted by the Town of Gilbert in its sign ordinance were content based because the speech in local signs was treated differently based on whether the message was ideological, political or directional. Under Reed, “Government regulation of speech is content based if a law applies to particular speech because of the topic discussed or the idea or message expressed.” The Supreme Court found that the Ninth Circuit had incorrectly found the regulations to be content neutral and incorrectly applied a lower “intermediate” standard of judicial review to find the restrictions constitutional. Instead, the high court ruled that because the restrictions were content based, this triggered the higher strict scrutiny standard of review. Regulations reviewed under strict scrutiny are presumed to be invalid, and the court then unsurprisingly found that under this test the town’s restrictions violated the First Amendment.

The court also explained that just because a government agency has a benign or reasonable intent for enactment does not lead to the conclusion that its sign restrictions are content neutral or constitutional. It is not necessary to show discriminatory intent on the part of an agency that enacts a specific regulation. Content-based restrictions on speech are unconstitutional whether or not they are made with a discriminatory motive. The mere fact that a sign ordinance calls out specific types of content for different treatment is likely sufficient to subject the regulation to strict scrutiny review.

Restrictions That Will Survive Post-Reed

The majority opinion in Reed provides a short list of the types of city sign regulations that will continue to be found legally sound. Specifically, regulations that have nothing to do with a sign’s message — such as restrictions regulating size, materials, lighting, moving parts and portability — remain permissible.

The opinion also notes that cities can go a long way toward entirely forbidding the posting of signs on public property as long as they do so in an evenhanded and content-neutral way. In contrast, cities should be wary of banning signage on private residential property, as earlier Supreme Court precedent explains that a restriction closing down an entire medium of speech in one’s own front yard is unconstitutional.2 The Reed opinion also finds that content-based distinctions that are supported by a compelling interest in vehicle and pedestrian safety (such as warning signs marking hazards, signs directing traffic or street numbers associated with private houses) may survive strict scrutiny review.

The concurring opinion in Reed expanded on the list of content-neutral sign regulations cities can still consider, identifying (among others) rules that:

Commentators and the courts have already considered the impact of Reed on local commercial speech regulations and, in particular, on the Supreme Court’s earlier rulings upholding on-site/off-site and commercial/noncommercial distinctions in billboard regulations.3

Given the Reed concurrence approving of the on-site/off-site distinction for signs, it appears likely that an on-site/off-site distinction in a city’s sign ordinance — with an accompanying exemption for noncommercial signs — will continue to be valid. In fact, the California federal district courts that have considered the issue have found that because Reed considered only noncommercial speech, the case does not disrupt the current commercial speech regulatory framework for signs.4 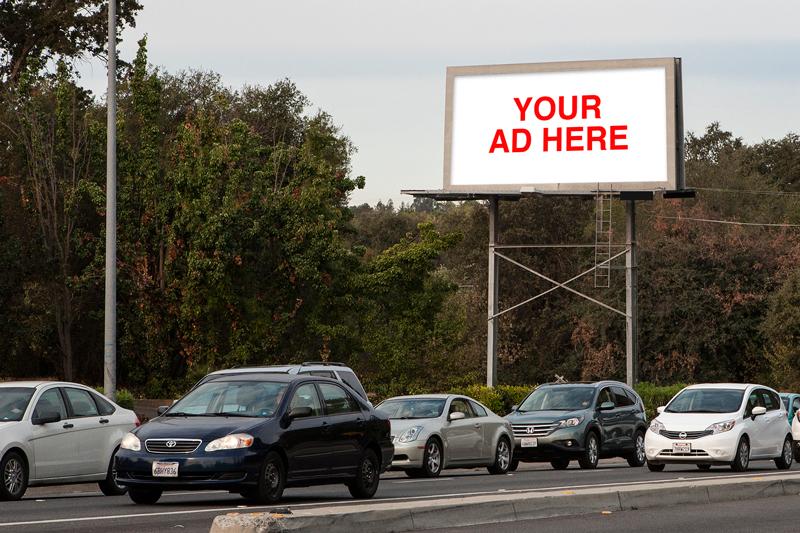 Lamar involves the constitutionality of the city’s billboard regulations under the Liberty of Speech clause (the state’s counterpart to the First Amendment) in the California Constitution. The Ninth Circuit has repeatedly upheld the city’s billboard regulations under federal law, but the trial court found the regulations failed to pass muster under the state’s Constitution. Among other items, the trial court found that distinctions between commercial and noncommercial messages and between on-site and off-site signs are content based and do not meet the strict scrutiny standard of review.

The trial court’s ruling in Lamar is not binding on other cities. The League has filed an amicus (friend-of-the-court) brief supporting Los Angeles in the Court of Appeal, arguing that on-site/off-site and commercial/noncommercial sign distinctions in a sign ordinance remain constitutional under the California Constitution as well as under the federal Constitution, and that the intermediate standard of judicial review applies rather than strict scrutiny.

The requirement for content neutrality is not limited to sign regulations, and some courts have applied the Reed test in arenas outside sign ordinances. In particular, the federal Seventh Circuit Court of Appeals reversed its initial ruling upholding restrictions on panhandling in light of the Reed ruling.6 The regulation considered in that case prohibited oral requests for an immediate donation of money but allowed oral pleas to send money later. The Seventh Circuit found that under Reed the restriction was content based as it applied to particular speech because of the topic discussed or the idea or message expressed.

In contrast, the Ninth Circuit Court of Appeals had noted before the Reed decision that regulations prohibiting the immediate hand-to-hand exchange of money (and that do not distinguish between oral or written requests) may be content neutral as such regulations are directed at the conduct (exchange of money) rather than the speech.7 It is unclear whether such a restriction will stand up to the Reed test, and it will remain challenging for California cities to carefully craft solicitation or panhandling restrictions that are deemed by the courts to be directed at conduct alone and not at the topic or the message of the speech.

Given the Supreme Court’s ruling in Reed, California cities should ensure that their sign codes comply with the court’s strict approach to defining content neutrality. Cities may also want to consider evaluating other restrictions impacting First Amendment rights, such as panhandling or solicitation regulations.

But Reed makes clear that cities may continue to regulate signs unrelated to the message itself — such as regulating size and location. Cities may also consider applying an evenhanded ban on signs with very limited content-based exemptions supported by a compelling safety interest, such as signs identifying hazards. Cities may also, with some caution, look to the more expansive list in the Reed concurrence as additional types of regulations to consider — including the on-site/off-site distinctions commonly used for billboard regulations. And finally, cities will also want to closely follow the Lamar case as the state Court of Appeal considers the validity of the on-site/off-site and commercial/noncommercial distinctions under the California Constitution.

The League will conduct a webinar on Feb. 24, 2016, on sign regulation issues in California cities. To register, visit www.cacities.org/events.

This article appears in the February 2016 issue of Western City
Did you like what you read here? Subscribe to Western City