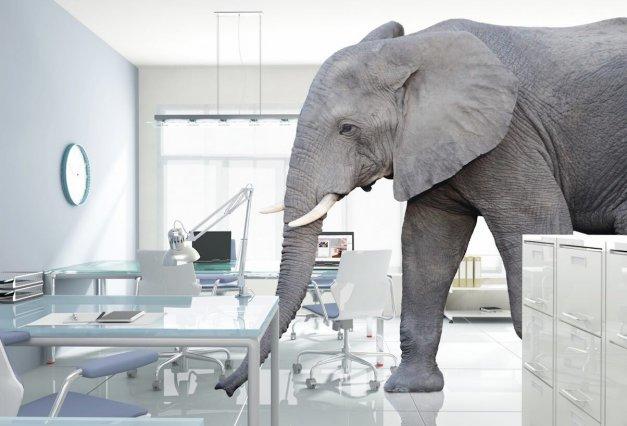 Those Pesky Elephants in the Room

I really like elephants. I enjoy seeing them at the zoo. My wife and I rode one when we were in India a few years ago. I even have an elephant as the screensaver on my laptop computer, and when I read stories about ivory poachers killing elephants for their tusks I am moved to tears. I’m also reminded of elephants when I hear someone say, “There’s an elephant in the room.” The online Urban Dictionary defines this phrase as “A very large issue that everyone is acutely aware of, but nobody wants to talk about. Perhaps a sore spot, perhaps politically incorrect or perhaps a political hot potato, it’s something no one wants to touch with a 10-foot pole.”

For city leaders right now there are a lot of “elephants in the room” worth mentioning. Here they are, in no particular order.

We Will Pay Higher Taxes Later if We Don’t Spend More Now to Maintain Our Streets and Bridges. The Legislature is debating an issue it has essentially avoided for the past 20 years: whether and how to raise taxes to maintain our highways, streets, roads and bridges. No one denies that the transportation accounts are running on empty due to inflation, increasing fuel efficiencies, growth of electric and hybrid vehicles, failure to index taxes, neglect, political timidity and so forth. The 18 cents per gallon state gasoline tax, last increased 20 years ago in 1995, is the source of half of the transportation revenue for cities and counties. That tax is now worth about 9 cents when adjusted for inflation and mileage.

And the facts about the poor condition of the road system aren’t pretty. California has a 10-year funding shortfall of over $78 billion in maintaining local streets and roads. Without more funding during the past decade, a quarter of our streets and roads are failing. Even if nothing is done, in five years the gas tax would have to increase 10 cents more just to make up for the five years of inaction. No one likes higher taxes, but no one likes failed streets, roads and bridges, either. We can’t expect our economy to remain strong and grow if our transportation infrastructure is falling apart around us.

The League is part of a major coalition supporting a responsible and balanced package of tax increases to address our most critical maintenance needs. We urge city officials to publicly support legislators who make the tough choice to raise transportation taxes and support a growing economy that is the foundation for success at all levels of government.

Employees Are Motivated by Much More Than Salary and Benefits. We have appropriately focused in recent years on the unsustainable growth of unfunded employee fringe benefits. While part of the responsibility for that problem can be laid at the feet of actuaries’ unrealistic projections of future costs, we bear part of the responsibility for wanting to believe wild claims like “future stock market returns will pay for significantly enhanced employee pension benefits.”

This predicament is also the result of a pervasive belief that local agencies are constantly in competition with each other to retain employees, justifying a domino effect in salaries and fringe benefits. Some cities did not buy into that set of beliefs, however, and often have had good employee retention experiences without, in some cases, even having defined benefit pension plans.

While no one doubts that low compensation can hinder motivation and performance, the November 2013 Forbes magazine article “What Really Motivates Employees” states that “… recent studies have shown that people are not predominately motivated by external incentives such as stock options or a higher 401k plan. Sense of self-worth while performing that job is a much more significant driver … Studies have shown that paying an employee too much can have adverse effects on their work performance … When an individual is overly concerned with pay, it will hinder their ability to provide return on investment.”

As we struggle with how to manage cities’ increasing unfunded liabilities and consider options such as funding irrevocable trusts, increasing employee cost-sharing and other measures, it might be just as important to hire and support managers who motivate employees by using respect, appreciation, trust and support for creativity and risk taking, and who avoid assigning blame when mistakes inevitably happen. Most of us will follow such leaders into the toughest battle because we know they truly value our contributions and they have our backs. 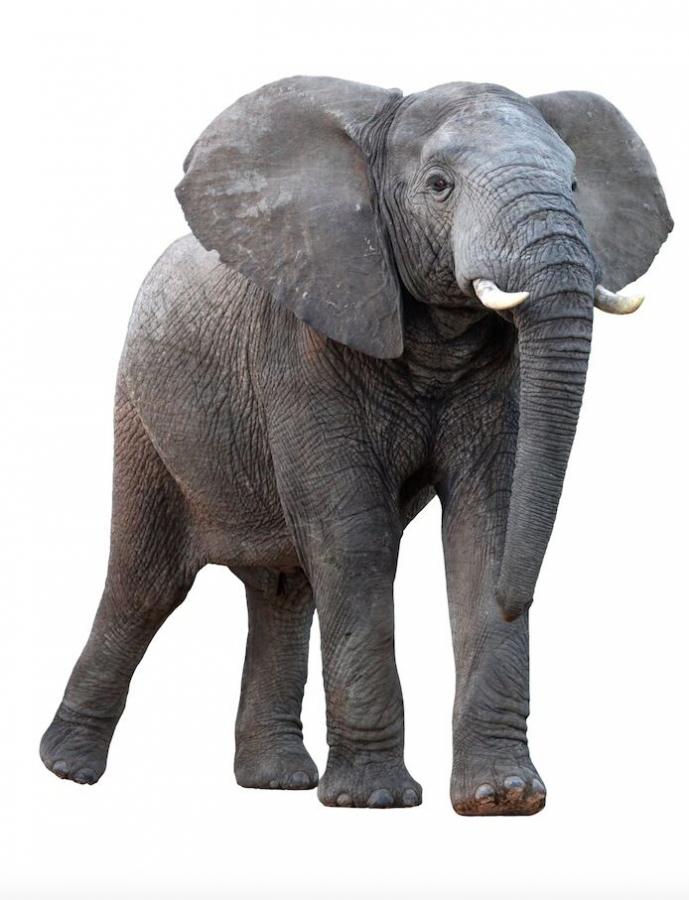 We Will Get Less — Not Necessarily Good — Government if We Starve It. Whoever first said, “There’s no such thing as a free lunch” was right. The phrase became popular to describe a deceptive practice of saloon keepers in Britain and the United States in the mid-19th century. They provided a “free lunch” to attract customers who ended up paying for the food in the price of the drinks they consumed. Make no mistake: Just like there is no such thing as a free lunch, there is no such thing as free (or cheap) quality government services. You get high-quality government by being accountable to the public, involving them in the big decisions that affect them and being honest about the financial requirements for quality government.

I am a member of the Pogo comic strip generation. Artist Walt Kelly created the quintessential drawing of Pogo for a poster promoting the first annual observance of Earth Day on April 22, 1970. Under the quote “We Have Met the Enemy and He Is Us,” Pogo is about to start cleaning up the garbage that humans have left in Okefenokee Swamp, the strip’s fictional location.

Pretty much the same thing can be said about the disappointing record of “tax reform” in California for the past 50 years. Fueled by understandable concern for homeowners on fixed incomes and the failure of the state and local agencies to rein in rapidly rising property values, a group of apartment owners exploited this totally fixable situation in 1978 for their own purposes and started a movement against state and local government taxes. Today this group sustains the movement with fear and propaganda about the evils of big government.

The irony is that these same individuals are just like you and me in most respects. They also want quality schools, clean water, great universities, reliable roads and bridges and beautiful parks. They have simply chosen to engage in magical thinking that first-class government services can be had on a discount store budget — perhaps because it is in their own financial self-interest.

Surely we all want quality government services. We want and should have rigorous public debates about how to get there. Most Californians would probably agree that the best place for that debate to occur is at the local level in local candidate election campaigns, in council and board meetings and in the countless public hearings local agencies hold in connection with their budgets each year.

Critics of government, however, seem to prefer sponsoring statewide initiatives that require undemocratic two-thirds majorities for approval of special taxes or regulatory fees. It is no surprise that they devised and passed initiatives to give control over the property tax to the state Legislature, hobble the ability of local governments to implement effective water conservation and water-quality management plans, and curtail the power of public agencies to make users or polluters pay for the services they receive or environmental damage they cause. These measures all make an effective, democratic debate on such issues at the local level more difficult and undermine local government leaders’ ability to respond to pressing public needs.

Public Service Is a Vocation Requiring Moral Courage, Intuition and Compassion. Many voters hold an unfortunate perception of public officials as individuals motivated by self-interest. Most public servants think of their work as a calling or a vocation, however, even if they would not use those terms. Merriam-Webster.com defines “vocation” as “a strong desire to spend your life doing a certain kind of work (such as religious work); the work that a person does or should be doing.”

Many long-term public officials view their political careers as special callings. Gov. Jerry Brown, for example, embraced political life after he decided to leave the seminary, but the idea of dedicating his life to serving others appears to be a core value for him. He also embraces the issues he feels most strongly about — such as financial responsibility and climate change — with a type of passion often associated with religious faith.

While some people react negatively to the notion that public service requires moral courage, many embrace this type of public leader, especially in times of crisis. When Sen. Dianne Feinstein, for example, witnesses something she thinks is wrong, she doesn’t hesitate to speak out. People may disagree with her policy stances, but they rarely question her motives, and they respect her for them. She’s not someone who frequently gauges which way the political wind is blowing. Sen. Feinstein knows what is right and what is wrong, and she speaks candidly about it.

Effective leaders use empathy, compassion and intuition to make sure the public’s interaction with their government is positive overall, even if the public doesn’t get the desired result. In fact, using these qualities can even transform what would have been a profoundly disappointing interaction into something bearable or even understandable. Former Long Beach Mayor Beverly O’Neill and former Pasadena Mayor Bill Bogaard come to mind as political leaders who made members of the public at home in City Hall and took the time to ensure that they had received fair and compassionate treatment.

These are a few of the elephants in city halls throughout the state. Although I love elephants, we could do with fewer of this type — except the last. Dialogue about these issues is sorely needed. The League and many city leaders are working to tackle some of these elephants, and the League’s 2015 Annual Conference and Expo in San José, Sept. 30–Oct. 2, offers numerous opportunities to engage in open and meaningful discussions. Please join us.