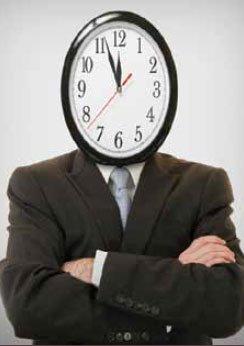 Tips for Building and Maintaining Relationships in a Term-Limited Legislature

Those of a certain age will remember former Speaker of the House Tip O’Neill’s observation, “All politics is local.” This is generally understood to mean that legislators care about their districts and respond most readily to pressure from constituents. But in recent years this political truism has been called into question by the experience of city officials lobbying state legislators. As a result of term limits, many legislators are focused on their next political career move and are more responsive to outside interests groups and party leadership than their districts.

While political think tanks and policy researchers debate the remedies for California’s political dysfunction and the results of the recently approved ballot measures addressing redistricting and primary elections remain to be seen, city officials should consider adjusting their strategies to reflect changes brought about by term limits. Here are tips to keep in mind when seeking to improve relations with term-limited legislators.

Get to know and understand your legislator. Prior to term limits, this meant building a personal relationship with a legislator and his or her Capitol and district staff. These relationships often evolved into close personal friendships between legislators and city officials. City officials stayed close to their legislators, and legislators guarded their district’s interests carefully in the Capitol.

Term limits make it more difficult to cultivate and build these strong relationships. To augment efforts, city officials should learn as much as they can about the background, priorities, personality, motivations and ambitions of their legislator and use that to inform their lobbying strategy. Similarly, evaluate the role and capacity of a legislator’s staff. A seasoned staffer with good knowledge of the Capitol can be extremely helpful.

Think carefully about the messenger. Prior to term limits, mayors and council members were often the best messengers for communicating with legislators. They shared deep political relationships and could communicate peer to peer.

Term limits require a careful re-evaluation of this tactic. A legislator may view an elected city official as a potential rival in their next political career move. Understanding those dynamics, city officials should identify the city’s representative(s) who can best convey issues and concerns. Pay attention to tone. Strive for a calm and professional demeanor. A diplomatic, tactful approach may be the most effective.

But don’t stop there. A legislator may be more sensitive to concerns raised by individual constituents and specific community groups. City officials should, therefore, anticipate this and identify these individuals and groups to explain city issues and — when appropriate — solicit their assistance in helping communicate with the legislator.

This is not so anymore. Term-limited legislators lack the time to develop in-depth knowledge on complex issues and policies. Many staffers also lack experience. City officials would be wise to offer workshops, tours and other opportunities to bring legislators and their staff up to speed on city issues before a problem emerges. These educational opportunities should also be offered to key individuals and community groups considered important by the legislator. Do not assume that just because a legislator was a former local official, he or she understands your city’s issues.

Capitol dynamics have changed. Prior to term limits, powerful leaders ruled the Capitol and imposed party discipline related to major items through a system of rewards and punishments. Legislators operated within those rules on major items, but they also worked collaboratively with colleagues across the political aisle and were aggressive in demanding amendments to address district concerns.

Now legislators rarely work across party lines and are more likely to simply follow the direction of leadership. City officials need to better understand their legislators and how they operate in this environment. Are there specific local issues they will fight for? Do they have the personality to demand changes? Could their staff be helpful on certain matters?

Learn what motivates the legislator. Prior to term limits, legislators represented districts for long periods of time. They were less concerned with re-election and could focus more on policy matters. Relationships with their local communities were substantive and longer term. Thanking a legislator for accomplishments was always a good idea, and it was unwise to burn bridges.

In this post term-limits era, legislators are constantly contemplating their next political moves. They crave opportunities for acknowledgement and expanded name recognition. City officials are well positioned to deliver such accolades and opportunities when merited. A legislator’s actions and motivations should be analyzed to determine if other strategies might be successful. Ultimately, the most powerful weapon a local official has with a legislator is political endorsement and willingness to campaign and fundraise for or against a legislator at the local level. Pulling endorsements and campaigning against a legislator should occur only when no other remedies exist.

Many people complain that politics today is more polarized than ever before and that public discourse lacks civility. Keep this in mind when you discuss issues of concern with your legislators and their staff, and strive for a respectful and professional tone. Your chances of being heard are greatly enhanced if you take a calm and factual approach.

Listening is just as important as having the opportunity to speak, and sometimes more so. When you meet with your legislator or legislative staff, remember that a discussion is a dialogue, not a monologue. Articulate your key points clearly, and make it a priority to listen actively to the response. One of the best ways to demonstrate that you are hearing the other person’s perspective is to repeat back to them what you understand them to mean and ask them to elaborate if something they’ve said is not clear to you.

Just as the tone of a discussion matters when in a city council meeting, respectful discourse in meetings with your legislator can be helpful. You may disagree on the issue at hand, but your willingness to listen can be a valuable tool in understanding both their position and what motivates them.

Advocating for Your City in an Era Of Term Limits

City officials seeking to advocate for their communities are finding that legislators face tremendous pressure from party leadership and special interest groups. Consequently legislators often make tough decisions and cast votes that negatively impact cities and their constituents. To learn how city officials can advocate effectively in this environment, read “Advocating for Your City in an Era of Term Limits.”

Effective Advocacy: What City Officials Need to Know About How Congress Works

As cities pursue opportunities on the federal level, understanding the nuances and differences between the federal and state legislative processes is key to advancing your objectives with your federal elected officials. Although the basic process is similar, there are significant differences.