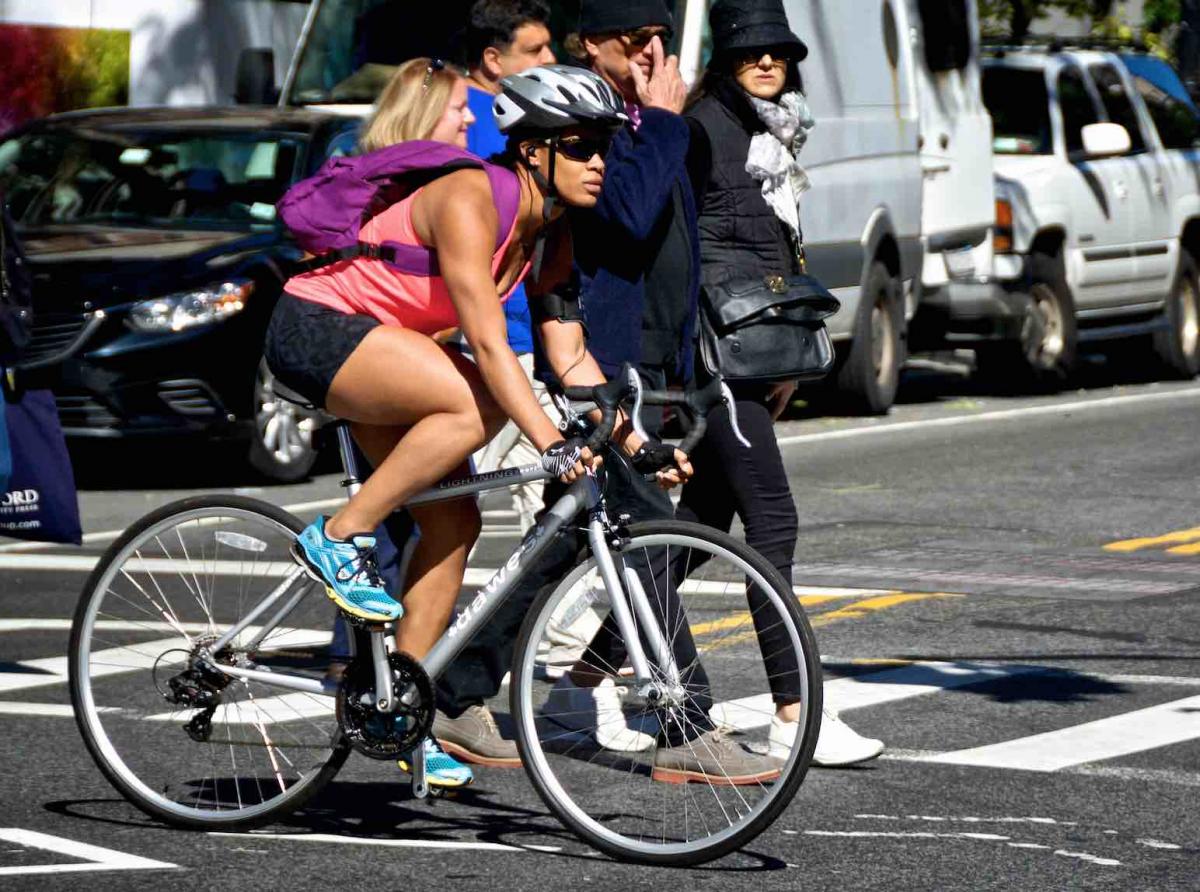 Toward an Active California: Best Practices for People-Oriented Cities

Dustin Foster is associate transportation planner with the Smart Mobility and Active Transportation Branch of the California Department of Transportation and can be reached at Dustin.Foster@dot.ca.gov.

Imagine a city designed for walking, bicycling and transit access. In this city, streets are narrower, blocks are shorter and traffic is calmer. Communities are compact, with jobs and housing densely concentrated and retail businesses located on residential streets. Public plazas and parks abound. Businesses face the street, and certain major retail streets would be entirely free of cars. Just about anyone can access high quality public transit near their residence.

With this vision in mind, the California Department of Transportation (Caltrans) adopted the state’s first bicycle and pedestrian plan, Toward an Active California, in May 2017. The plan’s vision statement echoes the city described above: “By 2040, people in California of all ages, abilities and incomes can safely, conveniently and comfortably walk and bicycle for their transportation needs.”

Cities throughout California are actively pursuing this vision to transform transportation and land use from automobile oriented to people oriented. Adopting best practices in land use and transportation is one way that cities can help the people of California shift their perceptions and attitudes about travel options.

Land-use strategies are critical to encouraging walking, bicycling and transit ridership. Cities with reduced automobile travel have implemented best practice policies and investment strategies that increase residential and job density per acre as well as the diversity of land uses. California Household Travel Survey data indicates that the rate of walking, bicycling and transit use is higher in urban communities than in suburban or rural communities. Dense urban cores have the highest levels of walking because people have convenient access to regional public transit. 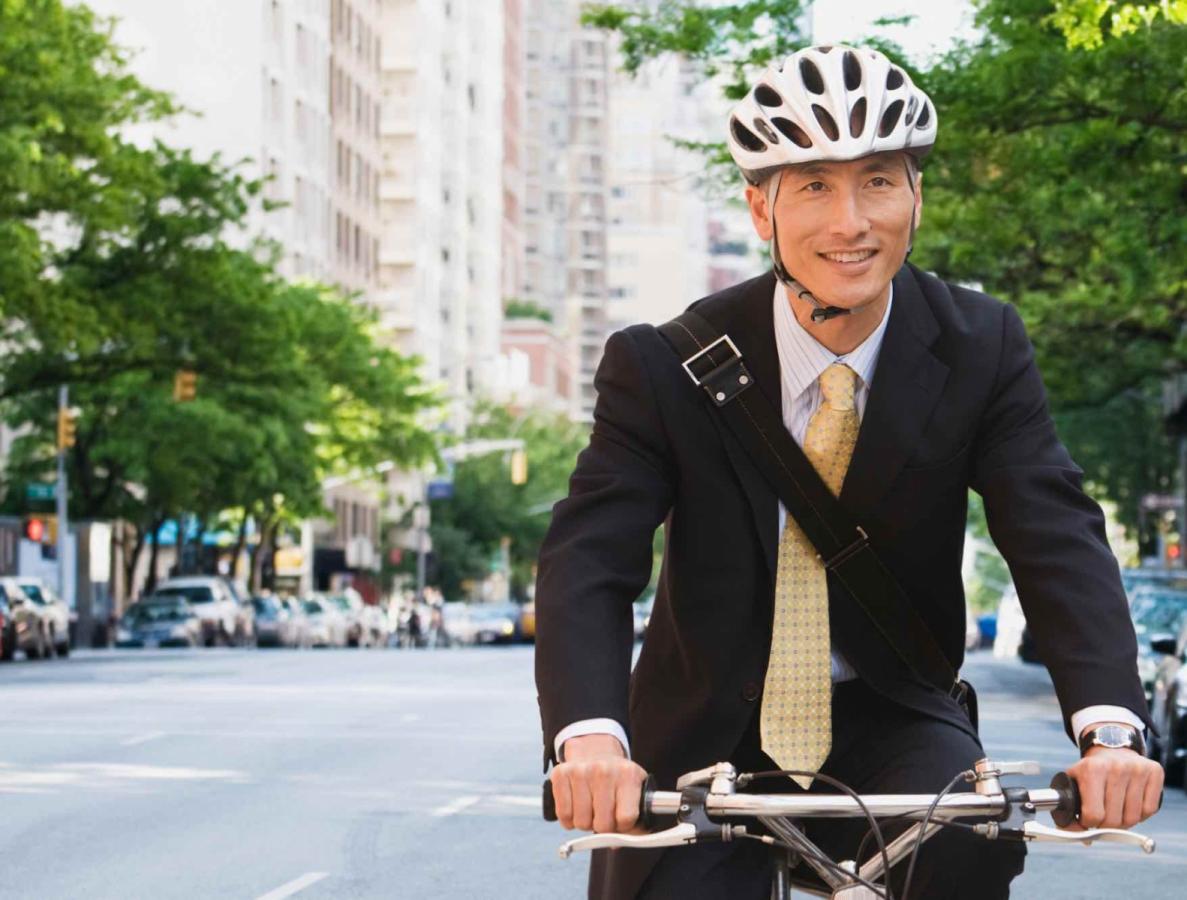 Renowned urban planning critic Jane Jacobs (1916–2006) argued in favor of four best practices that are found in communities designed when walking was commonplace: mixed uses, short blocks, buildings of different ages and a dense population. Communities designed in the modern era often do not embody these best practices; instead, their roads and land uses were planned around the automobile. California Household Travel Survey data indicates that the associated automobile-oriented land uses such as single-family homes and shopping centers with large parking lots lead to lower rates of walking and bicycling.

Automobile-oriented cities are now focusing on retrofitting the community to be more people-oriented. This may entail encouraging infill development, increasing residential densities and building housing that includes townhouses, row houses, accessory dwelling units, tiny houses and so forth. Setting prices appropriately for parking and allowing adaptive reuse of historic buildings and shopping malls are also relevant and helpful practices.

Many regions nationwide are investing in regional public transit systems that include subways, light rail and bus rapid transit. This encourages investment in transit-oriented community development along the new transit lines and improves local and regional access for people who wish to walk and bike. 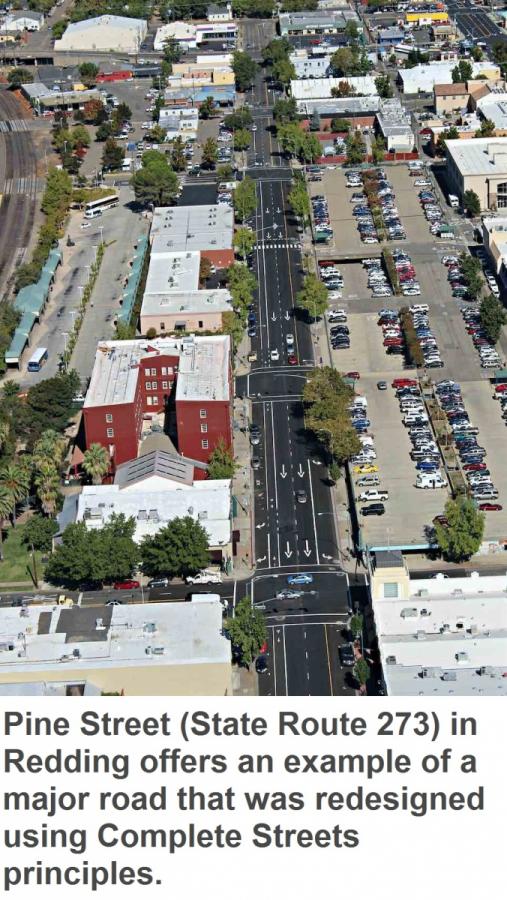 Surveys show that addressing perceived safety is essential to increase bicycling. Many cities working to alleviate these concerns have adopted an “All Ages and Abilities” policy to plan a network of bikeways for users who are interested in bicycling but are concerned for their safety. The “All Ages and Abilities” policy uses bikeways that are physically separated from high-speed and high-traffic roadways connected to major trip generators throughout the city. The type of bikeway facilities selected — bike lanes, bike boulevards and separated bikeways — depend on the speed and automobile volume context of the roadway. The City of Berkeley is using this approach to guide its bikeway development.

State transportation agencies are taking a supporting role and partnering with the local and regional agencies implementing these transformative changes. With the passage of SB 1 (Beall, Chapter 5, Statutes of 2017), cities now have access to state transportation funds that support the implementation of these innovations. This includes:

Ultimately, transforming cities into people-oriented, livable places requires a collective effort among public agencies and communities. City officials who champion policies for these efforts and engaged community members who commit to active transportation options are key participants in this transformation designed to improve the quality of life for all Californians.