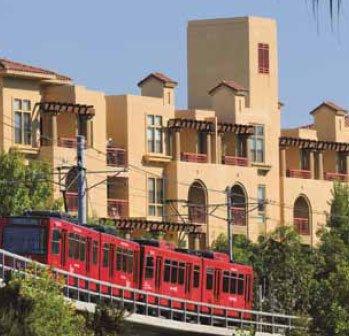 Gary Gallegos is executive director of the San Diego Association of Governments (SANDAG). For more information about SANDAG, visit www.sandag.org.

A new era of transportation planning — centered around the mandate to cut greenhouse gas (GHG) emissions — has dawned in California as metropolitan planning organizations throughout the state work to comply with Senate Bill 375. Hailed by environmental advocates as a game changer, SB 375 requires metropolitan planning organizations to include a Sustainable Communities Strategy in their Regional Transportation Plan as part of the statewide effort to combat climate change.

In October 2011 the San Diego Association of Governments (SANDAG), one of the four largest metropolitan planning organizations in California, became the first to adopt a transportation plan with a sustainability component. Our 40-year blueprint, known formally as the 2050 Regional Transportation Plan, was the result of more than two years of careful work and extensive public input.

As a trailblazer, SANDAG bore the brunt of public scrutiny, but ultimately succeeded in producing a viable plan that meets the carbon-emissions reduction targets set for our region by the California Air Resources Board. Three major reasons account for our success:

Long before SB 375 took effect in 2009, local governments in San Diego County had been working toward creating sustainable communities. That made our job of complying with SB 375 much easier because we weren’t starting from scratch.

For the past decade we have also integrated housing, land-use and transportation planning to create compact, walkable and transit-oriented communities, although without focusing specifically on GHG emissions. In 2004 SANDAG adopted a Regional Comprehensive Plan, which sets forth a strategy to locate higher-density and mixed-used development near existing and planned transportation infrastructure. The strategy focused on elevating the role of public transit by making it competitive with the car in terms of travel time, thus giving people realistic travel choices.

With these prior efforts in place, SANDAG was able to combine the General Plans of the 18 cities and the county government in our jurisdiction to create a land-use pattern for our Sustainable Communities Strategy that achieves the desired results. The land-use pattern shows that the vast majority — 84 percent — of the new homes projected to be built between now and 2050 will be multifamily units concentrated in urban and community centers. In addition, the land-use pattern protects and preserves 1.3 million acres of open space, more than half of the land in our county.

We are fortunate because our area’s geography naturally limits sprawl. To the north sits Camp Pendleton, a huge Marine Corps base made up largely of open land. On the south we have the U.S.-Mexico border, and to the west lies the Pacific Ocean. To our east are mountains and deserts. For the most part, development is concentrated in the western third of our county.

With a long-standing track record as a planning agency, SANDAG had the advantage of having all of its local governments at the table as we went about developing our Regional Transportation Plan. Elected officials from all 18 cities and the county government in our region sit on the SANDAG Board of Directors, and they all took part in the process.

The challenges we faced as the first in the state to adopt a Sustainable Communities Strategy were also eased by the bonds we forged with other metropolitan planning organizations in our collective struggle to understand how to implement SB 375.

Along with other metropolitan planning organization leaders, I was appointed to serve on the Regional Targets Advisory Committee formed by the California Air Resources Board. The committee was charged with making recommendations on methodologies to be used for setting GHG targets and also included diverse representation from other stakeholders.

The committee had many open, honest discussions on a wide range of technical and policy issues that were helpful as SANDAG went about developing its Sustainable Communities Strategy. Committee members studied regional scenarios for testing the effectiveness of various land-use and transportation policies in reducing GHG emissions.

Having this stakeholder group work out a common approach for calculating carbon reductions was critically important, because otherwise the law would not be implemented consistently statewide. For example, just having a different assumption for the price of gasoline in the future could dramatically change projections of GHG emissions.

Metropolitan planning organizations have taken their collaboration to a new level. More than ever, we are leveraging each other’s expertise to come up with solutions. Metropolitan planning organizations in California have some of the brightest minds in regional transportation in the nation. Working together, we are more likely to develop innovations and avoid pitfalls. After all, nobody has a monopoly on good ideas.

The implementation of SB 375 could have easily become a colossal failure if it weren’t for the fact that flexibility was built into the regulations and idealism was tempered with pragmatism.

Regulators were wise enough to know that one-size-fits-all GHG reduction targets would not work because of the Golden State’s incredible diversity. As a result, the California Air Resources Board set unique targets for each region. The San Diego County targets include a
7 percent per-capita reduction by 2020 and a 13 percent reduction by 2035, both measured against a 2005 baseline. These targets are ambitious yet achievable.

For SB 375 to succeed and make a difference, the targets must be realistic. If pie-in-the-sky goals are set and no metropolitan planning organization can meet them, then the law is just rhetoric.

Equally crucial to our success is the fact that the state left it to the metropolitan planning organizations to decide on the best strategies for meeting the targets in their particular jurisdictions. Depending on geographic, funding and political factors, different regions are likely to explore different options. A thousand ideas will bloom.

For SANDAG, one of our key strategies for cutting per-capita emissions from cars and light trucks is to invest heavily in transit systems. Over the next 40 years, our region plans to:

By mid-century we will have more than doubled transit service miles, with increased service frequency in key corridors.

When the plan is fully carried out, the number of homes in San Diego County located within a half-mile of public transit services will increase to 64 percent, up from 45 percent in 2008.

Along with a deep commitment to public transit, the San Diego region plans to invest heavily in bicycle and pedestrian projects and programs, new car pool and telework incentive programs to reduce solo driving, and advanced technology to better manage traffic.

Although SANDAG has won both state and federal approval for its 2050 Regional Transportation Plan, our work is far from over. Just about every week, our staff receives calls from their counterparts at other metropolitan planning organizations who want to find out how we did it. We at SANDAG are also closely following what other metropolitan planning organizations are doing to comply with SB 375. It will be interesting to see the variety of strategies used to meet the reduction targets and which ones will prove over time to be the most effective.

The next SANDAG Regional Transportation Plan won’t be adopted for another four years, but we are already on the lookout for transportation modeling technology that will enable us to make more sophisticated analyses. Next year we plan to implement an advanced activity-based model that simulates individual and household travel decisions. The model can predict whether, where, when and how people travel, as well as with whom they will travel, offering great insights for regional transportation planning. This technology will give us the ability to analyze vehicle miles traveled by household, giving us more information about primary emitters of GHGs.

As a trailblazer in implementing SB 375, we want to be at the forefront of developing next-generation modeling to deliver superior data analysis.

This is a troubling development. One of SB 375’s crucial elements is that once a target is established, the regions have flexibility in determining how they will achieve their respective targets. The state’s only role is for the Air Resources Board to agree or disagree with the region on whether the region’s plan will achieve the targeted reduction — not to micromanage the methods and strategies developed by the region.

Preserving regional flexibility and local control was a critical factor for the League, business groups, homebuilders and other organizations in the final agreement on SB 375. Although meeting the state’s GHG reduction goals does not relieve a metropolitan planning organization from complying with other requirements under CEQA, using CEQA to challenge the way in which SANDAG chose to meet the goals is contrary to the spirit of the regional control built into SB 375.

SANDAG was the first region to adopt a plan in compliance with SB 375, and other regions are now following in its footsteps. It’s essential that all regions will have the same flexibility that SANDAG experienced in developing a plan to achieve their assigned GHG reduction targets. Efforts to undermine local flexibility — the cornerstone of SB 375’s framework — will serve only to sour the good will and collaboration needed to achieve the regional targets, which are designed to improve land-use patterns that help reduce GHG emissions.

Moreover, achieving GHG reduction targets via SB 375 has now become much more difficult. The elimination of redevelopment agencies and reductions in federal programs supporting infrastructure leave local agencies practically nothing to work with to resolve the challenges of infill: cleaning up brownfields; small lot assembly; upgrading sewer, water and other infrastructure to support higher-density development; providing affordable housing; and other issues. How will this now be accomplished?

As regions move forward with developing and implementing Sustainable Communities Strategies they need flexibility to develop plans that reflect local realities, which are now even starker. Those groups clamoring for additional progress would be more helpful if they focused their efforts on understanding the practical challenges faced by local agencies and the marketplace and working to develop the financial and other resources to match desired goals.