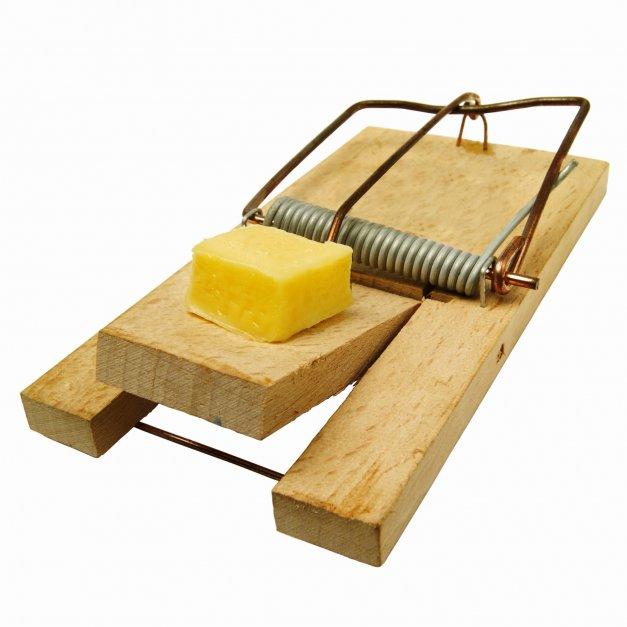 My column in the July issue was celebratory, positive, upbeat and virtually without remorse, skepticism or negative tone. That’s because I was celebrating the leadership and accomplishments that led to the passage of the 2006 infrastructure financing package appearing on November’s ballot as Propositions 1A through 1E. It was a historic achievement, and the League board of directors remains solidly committed to its passage.

While working between now and November to secure public support for the infrastructure financing package, however, we are faced with the imperative to defeat one of the most cynical ballot measures ever placed before the California electorate; one that presents the most serious threat to taxpayers in many years. That measure is Prop. 90, a deceptive initiative we are calling “The Taxpayer Trap.” It qualified for the November ballot with funding largely from out-of-state groups that want nothing more than to hinder efforts to protect the environment, ensure strong and vibrant communities, and protect consumers.

What Is the Taxpayer Trap?

The supporters of Prop. 90 are trying to deceive voters with the bait of “eminent domain reform.” In reality it contains a secret provision that will impose a crushing burden on taxpayers and undo decades of progress in California to protect the environment and build strong communities. Some attorneys even believe it will replace the California Environmental Quality Act (CEQA) in the future as the preferred way to oppose new development because damages would be available under Prop. 90 if it passes.

The hidden taxpayer trap in Prop. 90 requires taxpayers to reimburse owners of real and personal property for reductions in the value of their property as a result of hundreds of reasonable actions by state and local government that are designed to promote the welfare of our communities and state. This includes new laws (and possibly administrative actions) protecting consumers from identity theft and ensuring water quality and reasonable urban growth controls. If this doesn’t sound like a significant concern yet, consider that a somewhat similar measure (confined to land use actions only) was passed in Oregon in 2004 that led to nearly 2,000 claims for $3.6 billion in payments by local governments.

Driving Up the Cost of Infrastructure Projects

The League supports reasonable eminent domain reforms — for example, addressing the question of using eminent domain to acquire single-family homes in redevelopment project areas — but Prop. 90 will drive up the cost of infrastructure projects like schools, traffic relief improvements, parks and flood control by requiring state and local governments to pay property owners significantly more for right-of-way and other property for public projects. (The eminent domain provisions will restrict its use for redevelopment, but they will also dramatically increase the cost of acquiring property under the new state infrastructure bonds and require inflated payouts to some landowners if the agency would receive revenue from the facility; for example, an airport, toll road, water or wastewater utility, electric utility, etc.)

This will inevitably mean fewer public works projects because of the cost of land acquisition (and other payments for the loss of other forms of property due to the impact of the infrastructure program). There are limited funds available for these critical public works projects, and if windfalls are required to be paid to property owners, fewer projects will be completed and the public at large will experience further delay and danger.

Prop. 90 also will contribute to increasing electricity shortages or rate increases in the future. Our electric public utilities are aggressively working to meet the rapidly escalating electricity needs of our state. If they must pay adjacent landowners a windfall for property needed to generate, transmit and distribute electricity — a “proprietary” activity under Prop. 90 — the utilities will have no choice but to scale back the improvements and face the prospect of shortages or pay the inflated value and immediately ask the California Public Utility Commission for authority to pass the costs on to ratepayers, also known as taxpayers.

One of Prop. 90’s most damaging effects will be curbing the ability of the electorate in future local elections to enact local ballot measures to protect the environment, manage sprawl, prevent the development of environmentally sensitive areas, and preserve historically significant buildings and places. If passed, Prop. 90 will require the taxpayers to compensate property owners for these regulations — even if they are voter approved. This feature alone could have a profound effect on the character of our communities and state, but it is troubling for a number of other reasons.

Perhaps the worst part of Prop. 90 is that it will force taxpayers, voters and public officials to choose between funding important public services like police and fire services or compensating a few wealthy property owners for the effects of what today are legitimate and reasonable regulations to protect the environment, land use and consumers. In other cases it will result in local and state officials raising taxes to pay for these windfalls or simply choosing not to protect their cities and counties from the effects of unchecked private decisions that affect community welfare.

A Windfall for Attorneys

Finally, everyone knows that attorneys love new laws because they present new “business opportunities.” Prop. 90 is a dream come true for attorneys because it provides one of those rare opportunities to litigate the direct and indirect consequences of government action. Under Prop. 90, property owners whose use of their property is limited by government can sue for damages. Better yet for attorneys is the fact that other property owners whose property is indirectly affected by government’s approval of development or other actions can sue as well. Best of all from a lawyer’s point of view (and I am one so I ought to know), it provides for the payment of damages for such action or inaction. That is the ultimate lawyers’ sweetener.

What’s Being Done to Defeat Proposition 90

The League has joined with our sister local government associations (such as the California State Association of Counties, California Special Districts Association, California School Boards Association and California Redevelopment Association), a wide range of environmental groups, and various business and taxpayer groups to form the No on 90 — Californians Against the Taxpayer Trap coalition to defeat Prop. 90. We will be letting you know more about the coalition and the threat this measure poses to your city — and how you can make a difference in helping defeat it in November. Right now, you can visit www.noprop90.com for more information. Thanks so much for your commitment to our common agenda to build better cities and a stronger California. No one can doubt our ability to make a difference if we pull together and focus our energy. That is exactly what it will take to defeat Prop. 90, and I am confident we can do it.

This article appears in the September 2006 issue of Western City
Did you like what you read here? Subscribe to Western City