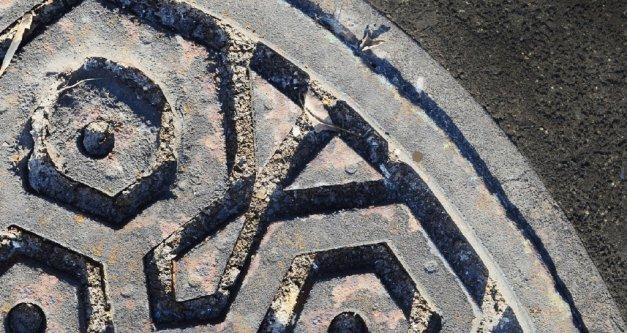 Under California: Knowing What Lies Beneath

Most people are generally unaware of what lies beneath the streets they travel on each day. Depending on the level of urbanization in a given community there may be multiple systems of lines and pipes for conveying water, sewage, storm drainage, petroleum, gas and communications systems including fiber optic, telephone and cable television services — as well as electrical conduits and transformer vaults — and the occasional subway system and pedestrian walkway. In some metropolitan areas, high-pressure steam is also pumped underground for heating purposes.

Understanding the sub-surface infrastructure is an important local government consideration.1 Owners and operators of most underground pipelines and facilities (whether or not in the public right of way) participate in a nationwide 811 system, which involves “call before you dig” warnings. This “one-call” system is intended to notify local utilities about projects involving excavation in proximity to underground utility facilities. When the system works as intended,2 homeowners and contractors can expect utilities to mark the ground or pavement to indicate where underground facilities exist below in an effort to avoid third-party damage caused by excavation.

Notwithstanding the existing one-call system, it is not always direct third-party interference with a utility line that can generate bad consequences. Rather, the greatest threat to public safety is presented by the age, failure or mismanagement of those utility lines. The following examples illustrate a significant increase in recent years in the number of incidents and disasters nationwide caused by underground infrastructure failures that were not primarily driven by third-party damage.

Accordingly the public has raised questions, including:

Local government leaders are also asking questions, such as:

The Pipeline and Hazardous Materials Safety Administration is the federal agency that administers the national regulatory program to ensure the safe transportation of natural gas, petroleum and other hazardous materials by pipeline operators. The California Public Utilities Commission (CPUC) is certified by the Pipeline and Hazardous Materials Safety Administration to enforce those safety regulations within California.5 CPUC General Order 112-E adopts and automatically incorporates all updates to federal pipeline safety regulations. Beyond General Order 112-E’s specific requirements, the California Public Utilities Code also requires that public utilities provide and maintain “adequate, efficient, just and reasonable” service and facilities necessary for the “safety, health, comfort and convenience” of their customers and the public.6

But cities also have critical legal and practical authority to help protect the public against potential damage from the failure of aging and neglected pipelines and other utility infrastructure. Thus, suggested actions for cities include seven key elements.

Find the city’s existing franchise agreement(s) with publicly owned and/or privately owned utilities, and audit the operators for compliance with their terms and applicable federal and state requirements. Review each franchise agreement carefully with legal counsel to identify opportunities to strengthen city protections.

The California Constitution authorizes cities to “grant franchises for public utilities or other businesses on terms, conditions and in the manner prescribed by law.”7 For example, municipalities can elect to grant a franchise to natural gas utilities under either the Broughton Act of 19058 or the Franchise Act of 1937.9 These statutes set forth the procedures to be followed when municipalities grant franchises.10 Charter cities may have additional legal authority in granting franchises. But federal and state law pre-empts local regulation of design and construction, even in franchise agreements authorizing the use of municipal streets and rights of way.11 However, cities have a strong interest in protecting public property and residents. To accomplish that goal, municipalities may wish to:

Franchise agreements are contracts.12 As a result, a city cannot unilaterally modify the terms of its franchise agreement.13 Therefore, cities should avoid lengthy or perpetual terms that prevent requirements from being updated in a timely manner as laws, regulations, development patterns, safety practices and pipeline technology change. Franchisees are strictly liable for all damage caused in connection with the use or operation of a franchise, or by any pipeline or other facility failure, regardless of whether such damage was wholly or partially caused by a third party.14 This strict liability language under the Public Utilities Code should be expressly included in the franchise agreement.

2. Gather information on the infrastructure beneath city streets and rights of way.

Ask each franchisee or operator for current information, including relevant maps and records, regarding the physical location and characteristics of pipelines and other lines operating within the jurisdiction. Specifically request details and records regarding:

3. Familiarize yourself with operator safety plans.

Ask each operator for a copy of its safety plan as it relates to pipelines that run within city borders. Critically evaluate that safety plan with emergency responders. Follow through with the operator to ensure that it has the tools and correct personnel in place to execute its safety plan. Meet with the franchisee or operator and review the plan and the likelihood of failure scenarios on the relevant pipelines. Review responses and shut-off procedures. Ensure that there is a lead contact person at the utility in case of an emergency. Consider requiring each franchisee to notify the city of any safety violations it self-reports or any violations the CPUC charges a franchise with committing. Request copies of all safety-related reports and communications the operator files with the CPUC.

Under federal and state law, each natural gas operator must also establish and implement a public awareness program that effectively informs the public and emergency response agencies about the utility’s operations.17 Therefore, evaluate each operator’s public awareness program and determine the degree of public education that may be appropriate given the nature of the underground facilities and product being transported.

5. Participate in a disaster preparedness exercise.

Carry out a disaster exercise in the city, and require the participation of the utility and operator under the franchise agreement. It is in the public’s best interest for cities to be prepared to handle a large-scale emergency involving flammable and explosive gas.

6. Develop a coordinated strategy for reviewing and permitting planned pipeline and other utility safety work in your community.

Although cities are pre-empted from regulating the “design and construction” of utility pipelines, authority over the location of such pipelines and the “use and repair of the public streets by any public utility” could remain within the purview of municipalities as they issue encroachment and other permits.18 Encroachment permits should include conditions of safety requirements and indemnity provisions.

7. Review the CPUC’s safety plans and determine how they impact your city.

Gather information about how CPUC-mandated natural gas safety plans may affect your community’s infrastructure. Consider the repair, testing and construction activities proposed for your community and develop a comprehensive approach for reviewing and permitting the planned improvements, including conditions the city prefers related to the location, use and repair of affected city streets.

Cities should not rely solely on natural gas and other utility pipeline operators to maintain and operate safe systems. Nor should cities trust that utilities will provide city staff with necessary details before an emergency occurs. A city has legal options with its pipeline operator if the operator fails to provide safe service to city residents. Cities may also petition the Pipeline and Hazardous Materials Safety Administration and CPUC to investigate potential safety violations under the law. Cities would be well served by taking a more active role in gathering information on natural gas and other utility infrastructure in their communities and requiring operators to comply with applicable federal and state laws, franchise agreements and local permitting conditions to the extent possible or feasible.