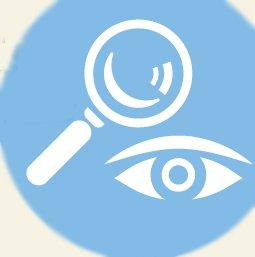 Understanding Changes to the Gift Rules

This column is a service of the Institute for Local Government (ILG), whose mission is to promote good government at the local level. For more information and to access ILG’s resources on public service ethics, visit www.ca-ilg.org/trust. ILG thanks volunteer and retired City Attorney Michael Martello for his assistance with this article.

I’ve heard that the Fair Political Practices Commission (FPPC) has adopted changes to the gift regulations. Is this true? What do local officials need to know about these regulations?

A variety of changes to the gift regulations took effect Jan. 1, 2012. According to an FPPC press release, the goal was to simplify the gift regulations and make them easier to understand, while reinforcing the principle that public officials may not use their positions for personal gain.

“Gift regulations should apply only in situations when the public official receiving the gift makes governmental decisions that directly affect the person giving,” said FPPC Chair Ann Ravel. “We also wanted to close loopholes to ensure that people with business before an official will not be able to influence that official.”

Other changes to the gift regulations focused on organization and consistency. The FPPC plans to complete this work in spring 2012 by finalizing other proposed changes to the regulations that define a gift’s “personal benefit” and that address gifts of travel.

More detail on these rules is available at www.ca-ilg.org/GiftCenter.

This article covers the highlights of these changes.

New Exclusion for Gifts Resulting from Business or Social Relationships

One of the new rules excludes gifts based on social or business relationships. For a gift to fall within this exception to California’s gift rules:

The specific regulatory language states that it must be “clear that the gift was made because of an existing personal or business relationship unrelated to the officials position and there is no evidence whatsoever at the time the gift is made that the official makes or foreseeable material financial effect on the individual who would otherwise be the source of the gift.”1

The new exclusion for payments and gifts from a long-term friend is similar but different from the exclusion for gifts based on existing social or business relationships. For example, the “friendship” exclusion is available to exclude a gift from a childhood friend or college roommate. For the exclusion to apply to a gift received by the official, the giver must be a “long-term, close personal” friend of the official and the friendship must be unrelated to the official’s position with the agency.

The friend can also not be:

Within certain limits, local officials are allowed to treat and be treated by those with whom they have an ongoing social relationship. The value of the gestures or gifts exchanged must be similar (“not substantially disproportionate”) over the course of a calendar year.4 If the official receives a disproportionate amount in exchange for what he or she paid for the gifts given to the other person, the official has received a gift for the excess and must report that amount on his or her Form 700 if the excess amount exceeds $50.5

The exception to California’s gift rules applies to “repeated social events” like meals, rounds of golf and attendance at entertainment and sporting events.6 The exception apparently does not apply if a local agency has a lobbyist registration requirement and the gift-giver is a registered lobbyist.

It also does not apply to larger ticket items: if the value of a single gesture received exceeds the annual limit for gifts, the gift limits apply and the official must decline, pay his or her own way or otherwise take steps to buy down the value of the gift.7

However, the new regulations significantly narrow the scope of who can offer such hospitality and qualify under this exception. Under the new rule, the hospitality provider can only be someone with whom the official has a “relationship, connection or association unconnected to the official’s position” and the hospitality must be provided as part of that relationship.10

FPPC advice letters had created exceptions to the gift rules for “acts of neighborliness” and “bona-fide dating relationships.” These exceptions are now part of the agency’s regulations.11

With respect to the exception for dating relationships, it is important to remember that if the donor of the gift is a lobbyist or has business before the official’s agency, the gift may not be reportable or subject to the gift limit, but the aggregate value of gifts and other payments from that source are subject to the conflict-of-interest provisions intended to prevent the official from influencing or participating in a decision that could affect the source of the gifts.12

The FPPC also added exceptions that mean public officials may attend weddings and receive flowers and similar gestures in conjunction with funerals without worrying about gift reporting and gift limits.13

The new gift regulations make simplifications in a number of areas.

Officials may receive two free tickets to political and 501(c)(3) fundraising events without needing to worry about California’s gift rules, provided that the official receives them directly from the nonprofit organization.14 The FPPC rules say these tickets have “no value.”

Additional Tickets or Tickets for Other Kinds of Fundraisers

If an official receives more than two free tickets to a 501(c)(3) event or receives the tickets from a source other than the nonprofit, or if the event is for a different kind of fundraiser (not nonprofit or political), the official must determine how to value the tickets.

If the official were paying face value for the ticket, typically the ticket value has two parts: the part that represents the donation to the event organizer; and the cost of putting on the event. The latter cost is the one to focus on for the purposes of California’s gift rules.

Otherwise, the value of the benefit the official receives is the per-guest share of the cost of food, entertainment and any other items provided to all guests at the event.16 Other specific benefits attendees receive (for example, golf greens fees) are valued at fair market value.17 This is the same approach for valuing attendance at invitation-only events.

In general, for other events local officials may be invited to the value of the free admission is calculated by adding up the cost of all food, catering services, entertainment and items provided to attendees and then dividing that total by either the number of acceptances or attendees.18 Note that for purposes of this calculation, the value of “entertainment” includes only a feature show or performance; background music costs need not be included in the calculation.19

If the official takes a guest, the per-person cost resulting from this calculation then gets multiplied by two (for the official and his or her guest) to determine the value of what the official receives.20

A different rule applies if the official is performing a ceremonial role at the event.21

If the local official (and any accompanying guest) do not consume a meal at the event or stay for any entertainment, the value is generally considered to be zero.22 The exception is if the official (and guest) receive a specific item (in which case the value is the value of the item received).23 The concept of a “drop-in” visit assumes that the official consumes only minimal appetizers and drinks.24

A public official and a guest may receive free admission to a facility, event or performance without it being a gift if the holder of the event has asked the official to play ceremonial role on behalf of the official’s agency.25 To be a “ceremonial role,” the act performed by the official is the focus of the event for a period of time (for example, presenting a proclamation or throwing out the first pitch).26

In addition, the agency has certain disclosure requirements when its officials claim the benefit of this exception.27 Agencies may adopt their own policies limiting or expanding the types of permissible ceremonial roles their officials can perform on the agency’s behalf.28

Perhaps the best way to understand the current rules related to gifts is by visiting the ILG website section (www.ca-ilg.org/GiftCenter) that provides local officials with an updated analytical framework for applying the gift rules to particular situations. ILG offers these materials in conjunction with its mission of promoting good government at the local level; its goals include helping local officials understand when they should ask advice about how the rules apply in a given situation.

Still pending are rule changes related to who is the true recipient of a gift,29 gifts to an official’s family30 and the travel regulations.31  According to the FPPC, these will be addressed as a separate regulatory projects in 2012.

The goal underlying California’s gift rules is to prevent either the perception or the reality that gifts influence public officials’ actions. This is because public agency actions should always promote the public’s interests, as opposed to narrow personal or political interests.

As a result, California public officials must:

The regulations do provide a number of exceptions to the receipt and reporting requirements, including:

Even so, public officials are well-advised to look beyond what the law allows in any situation involving a nice gesture. This includes considering how residents will view a public official’s actions.

For more details on these rules, read this article at www.ca-ilg.org/GiftCenter.

As a local official, one way to analyze your likely obligations under California’s gift rules is to ask:

Although the Institute for Local Government endeavors to help local officials understand laws that apply to public service, its informational materials are not legal advice. In addition, attorneys can and do disagree on the best interpretation of the complex rules relating to public service ethics. Officials are encouraged to consult an attorney or the Fair Political Practices Commission for advice on specific situations.

Areas Affected by FPPC’s Changes to the Gift Rules

[21] 2 Cal. Code of Regs. §§ 18946.3(definition of ceremonial role and requirements public agency must satisfy for participation to qualify as a “ceremonial role”), 18942(12) (exception to gift rules for events at which an official performs a ceremonial role — exception also extends to one guest and any supporting staff).

[25] 2 Cal. Code of Regs. § 18942(12) (exception to gift rules for events at which an official performs a ceremonial role — exception also extends to one guest and any supporting staff).

[26] 2 Cal. Code of Regs. § 18942.3(definition of ceremonial role and requirements public agency must satisfy for participation to qualify as a “ceremonial role”).

[34] If the limit is exceeded one has several options, any of which must be exercised within 30 days of receiving the gift. One may return the gift unused to the donor, reimburse the donor for all or a portion of the value of the gift or donate the gift, without claiming a tax deduction, to a charitable organization or government agency. 2 Cal. Code Regs. §§ 18942(a)(2), 18943(a).