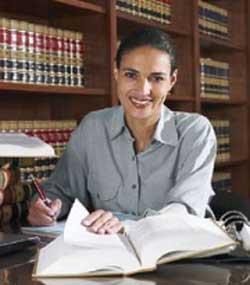 Hilda Cantú Montoy is principal of the Fresno-based Montoy Law Office and city attorney for the cities of Orange Cove and San Joaquin. She can be reached at (559) 579-1924 or hildac@montoylaw.com.

City governance is based on myriad complex laws, and so is the city attorney’s role. Attorneys must comply with the California State Bar’s extensive Rules of Professional Conduct, often referred to as “duties.” An attorney who violates the rules may be disciplined or even lose his or her license to practice law.

Two basic rules, the client rule and the duty of competent representation rule, shape the responsibility of a city attorney. Knowledge of these rules1 helps in understanding the city attorney’s role in city governance and the decision-making process.

The Client Rule: “In representing an organization, a member shall conform his or her representation to the concept that the client is the organization itself, acting through its highest authorized officer, employee, body or constituent overseeing the particular engagement.”2

This rule addresses the perennial question, “Who is the client?” The not-so-simple answer is that the city is the client. However, people or bodies vested with the authority to act for the city client may vary. In a given context, the client may be — and authority to act or decide may lie with — the city council, a board, commission or an individual official or employee acting in the course and scope of his or her office or employment. Telling a client that he, she or it is not “the client” in a particular matter can be awkward. It is easier for all concerned, however, if the city attorney explains roles clearly and as early as possible. This information should be shared upon his or her appointment as city attorney, when newly elected officials take office and when a new city manager is hired.

Helping clients understand this variable client concept is important because circumstances will arise when the city attorney must advise an official, the city council or other body that he, she or it is not “the client” in a particular matter. For example, a city attorney may have to advise the city council that it does not have the right to view an employee’s personnel file. This may appear counterintuitive to council members who hire the city manager and city attorney and may believe that the council has the ultimate power on all city matters.

Duty of Competent Representation Rule: “A member shall not intentionally, recklessly or repeatedly fail to perform legal services with competence. ‘Competence’ means to apply the 1) diligence; 2) learning and skill; and 3) mental, emotional and physical ability reasonably necessary for the performance of such service.”3

A city attorney must pursue matters with diligence and integrity, stay informed and up to date on relevant and applicable laws, take classes, and gain and refine the skills necessary to perform his or her duties. The city attorney should strive to meet the client’s intent and protect the city’s interest through objective and diligent research and analysis.

Competent representation means more than knowing the law. It also means an attorney must have the mental and emotional ability to provide competent services. Thus, a city attorney must have the fortitude to step in when the mayor is trying to prevent a member of the public from speaking on a subject that the mayor disagrees with or when the city council wants to proceed on a popular action without a properly noticed public hearing. However, the emotional and mental strength to fulfill one’s role as a city attorney means more than just being able to weigh in or say “no” when necessary. A city attorney must do so diplomatically and respectfully, both in tone and demeanor. While it is irresponsible for city attorneys not to raise concerns with city clients, they should do so with sensitivity and objectivity, recognizing that even raising a question or explaining the extent of authority could affect an official’s political position and the city’s legal position.

Other Practical Rules to Keep in Mind

Know the law. Sound legal analysis and knowledge of the law are critical to the advice and legal services provided to a city. To serve the city effectively, a city attorney must endeavor to do everything necessary to stay current on the law. Knowledge of the law does not simply close paths that clients want to take — it also provides the ability to offer alternatives that allow clients to reach their goals. Clients who trust the city attorney’s competence have an easier time accepting advice they do not like or that they may not understand.

Explain the law. The complexity of decision-making cannot be understated, and when one adds the legal requirements for decision-making, the complexity grows exponentially. City attorneys can help their city council, city manager and staff with decision-making by explaining the value protected by particular laws or the basic objective underlying laws. For example, a client may not remember the monetary threshold for gifts, but if she understands the value protected by those laws, she may pause before accepting the gift and think of her obligation to disclose gifts. Another client may not like the competitive bidding threshold of $5,000 for general-law cities. Nevertheless, he may be more willing to accept the restrictions if he understands the value of fair competition. There is a benefit in helping clients understand that, in general, the limitations and requirements the law imposes are intended to further the public good.

Provide full disclosure. It is not always enough to say “yes” or “no” when asked whether a contemplated course of action is legal. Clients deserve advice not only on legal conclusions but also about the collateral consequences of particular courses of action. In other words, a city attorney should advise clients not only that they have the power to do something but also of the legal constraints and risks in exercising that power. When saying “no,” the city attorney should provide the advice in a way that, if possible, also offers legally supportable alternative courses of action. If that is not feasible, the city attorney should offer to research and explore alternatives and report the results at a future meeting.

Be fair and impartial. Sound legal advice should be the same regardless of who seeks it and notwithstanding the majority wishes of the city council. Members in the minority and members of the public who must live with decisions made by the city council may more readily accept a decision if they believe the process was fair.

Use candor and diplomacy. Clear communication and diplomacy go far in client relations. If a city attorney hears, sees or knows that there are legal problems with a proposed city action, she is obligated to speak up and advise her clients at the earliest possible time. This helps proponents avoid public embarrassment. However, the reality is that city attorneys must often deliver unwanted advice in a public forum. It is normal for public officials to be invested in their beliefs and ideas, making the possibility of not being able to do something a blow to egos and reputations. A city attorney should provide advice discreetly and, to the extent possible, in a manner that will not undermine the city’s legal position in a matter.