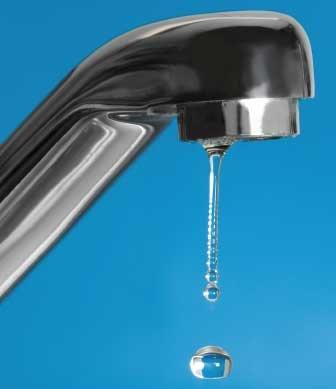 Kyra Ross is a legislative representative for the League and can be reached at kross@cacities.org.

Conserving California’s most precious natural resource — water — is a key priority for state and local leaders. The strategic State Water Plan lays out California’s approach to water supply reliability, and the Department of Water Resources (DWR) updates the plan every five years.

In addition to the State Water Plan, DWR also worked with several other state agencies on the 20×2020 Water Conservation Plan, which calls for a 20 percent reduction in per-capita water use by 2020 and was published in its final form in May 2010.

Tell us what local officials should be thinking about in terms of water supply reliability and the future.

Cowin: DWR asks local agencies — including cities, wastewater districts and any local government with water management responsibility — to cooperate on water supply reliability issues. When we can get them to work together, set cooperative goals, consider a wide variety of tools and programs to achieve the objectives and work cooperatively to share assets to achieve the goals, we see great efficiency. Getting that cooperation and communication between cities, water suppliers and other agencies is the key to successful water supply reliability for the state.

Please explain the requirements for cities that are also urban water retail suppliers under SBx7 7.

Cowin: Cities that are urban water suppliers as defined by the Water Code (3,000 customers or delivering 3,000 acre-feet of water annually) are required to develop targets to decrease per-capita water use for 2015 and 2020. They must develop the targets to be eligible for future grants from the state. By July 2011, cities must also describe in urban water management plans the actions they will take.

SBx7 7 includes four different methods urban water retail suppliers can use to develop target for water conservation by next July. Three of the methods are outlined in the bill itself and the fourth is being developed by DWR. Can you explain the work DWR is doing on Method 4?

Cowin: The bill has three specific methods that are outlined in SBx7 7 to set targets in the future. During the negotiations on SBx7 7 there was quite a lot of concern about equity, making sure water suppliers could account for previous conservation efforts and taking into account different regions. Method 4, currently being developed by DWR, will consider climatic and population differences and provide flexibility for regions to meet the target. The first step in this process is establishing an Urban Stakeholder Committee. The meetings are open to the public, and DWR plans to draw on the committee’s expertise in developing Method 4. DWR will continue holding public meetings to review the draft method this summer. The process for developing Method 4 must be completed by the end of 2010.

A number of cities that are also urban water retail suppliers remain concerned that they will not receive full credit for their past conservation efforts under SBx7 7. Would you address that issue?

Cowin: The authors of this bill were careful to structure it so that suppliers would get credit for past conservation, both through base periods that can extend back to 1995 and target-setting methods that reward past efforts.

The other way this is addressed is by the variety of ways to set targets, as outlined in the legislation. Method 1 is reducing water use by 20 percent per capita. Some of the other methods get into actual water use. If you are using water efficiently today you will be that much closer to meeting the target based on your regional conditions.

Methods 2 and 3 outlined in SBx7 7 provide additional flexibility for past conservation efforts. Water suppliers should be able to set the target by selecting the baseline on a year when water use was high and therefore water conservation efforts will be considered in calculating the targets.

The state recently released the final 20×2020 Water Conservation Plan. Can you explain how this plan relates to SBx7 7?

Cowin: DWR launched an effort with other state agencies several years ago to determine whether a 20 percent reduction in water usage would be feasible and to outline some of the most promising conservation measures that can be implemented to achieve this level of water efficiency. The plan provides a framework for state and local action on water conservation. When SBx7 7 was being developed, the hydrological region targets were inserted into the legislation and now serve as one of the methodologies (Method 3) to achieve urban water conservation.

DWR has also been working on efforts related to landscape irrigation for the past few years. Can you talk about DWR’s work on the Model Water-Efficient Landscape Ordinance and how that ties into SBx7 7 and water conservation in general?

Cowin: Outdoor water use is a significant part of residential water use, so making improvements in the way we irrigate our yards and landscapes is one of the most important tools to decrease urban per-capita water use.

No matter how you look at urban water use in California, landscaping stands out as an area of great opportunity for additional savings. The state started to focus on outdoor landscaping in the early 1990s, and we focused a lot on landscaping in the 20×2020 plan. AB 325 required all local jurisdictions to adopt a landscape water conservation ordinance by 1993. Then AB 2717 (Laird, 2004) required that before DWR adopted a new, updated model ordinance, it had to conduct a survey of what local agencies were doing. DWR completed that survey and learned that many local agencies weren’t doing much of anything. So in 2006, AB 1881 (Laird, 2006) directed DWR to update the model and required local agencies to adopt it.

The new statewide Model Water-Efficient Landscape Ordinance includes more water efficiency provisions. Local agencies were required to adopt the ordinance immediately after it was adopted by the state in 2009. The model ordinance that DWR produced is fairly complex for a landscape ordinance. California is doing a very good job at ensuring efficiency for new construction, so DWR wanted to develop a model that would establish a comparable level of efficiency for landscaping.

Cowin: California voters have been very generous in approving water bonds in the past 10 or 15 years. All of those bonds have included grants for water conservation — typically matching grants for local agencies. We currently have $1 billion of Proposition 84 funds available through the Integrated Regional Water Management Grant Program. Before applying for funding, local agencies must work together to create a regional plan, consider a variety of projects and approaches and prioritize the objectives. Prop. 84 supplies $1 billion to continue this funding. The first appropriation will be made this year. There are 11 regional pots of money available so all regional water suppliers should have access to funding. This year $100 million will be distributed, with the rest following over the next several years.

Finally, many cities that are also urban water retail suppliers also have water-intense industries in their jurisdictions, such as high-tech electronic manufacturing facilities, that they believe will make it very difficult to implement conservation efforts. Do you have any advice for these cities?

Cowin: This issue was the subject of a lot of negotiation as SBx7 7 was developed. SBx7 7 provides that a supplier with a substantial percentage of industrial water users may exclude process water (water used in a manufacturing or treatment process) from the calculation of gross water use. The bill also directs DWR to convene a task force to work with the business community to develop new best management practices for water-intense industries. A Commercial-Institutional-Industrial Task Force is to be established that will develop and implement urban best management practices for statewide water savings. The California Urban Water Conservation Council has more information about this effort on its website at www.cuwcc.org.

An Overview of SBx7 7

SBx7 7 establishes four methods that urban water suppliers can choose from to set their targets (by July 1, 2011) and achieve a statewide goal of a 20 percent reduction in urban water use:

More information about SBx 7 7 can be found at the California State Senate website.

More information about the State Water Plan is at http://www.waterplan.water.ca.gov/