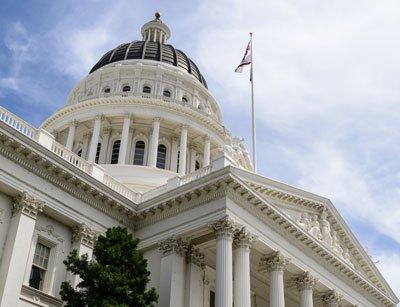 City officials are actively involved with the League in a variety of advocacy efforts throughout the year. And while it might seem that things would slow down during the summer, in fact the opposite is true. Momentum builds in the Capitol from late spring through the summer, with the brief exception of the Legislature’s July recess. The legislative session officially ends Sept. 30, the final day Gov. Jerry Brown can sign or veto bills.

The governor’s revised budget proposal, commonly called the “May Revise,” has a May 15 constitutional deadline. This gives the Legislature exactly one month to debate the governor’s proposal and send its own version of the budget to him for review.

Gov. Brown issued an initial budget proposal in January that shows the state on solid fiscal ground with billions in surplus revenues projected for the first time in a decade. His January proposal outlines a $155 billion budget for the fiscal year that begins July 1 and includes a $106.8 billion General Fund spending plan. The governor’s January budget proposes to place a rainy day fund constitutional amendment on the November statewide ballot and projects a $6 billion surplus for the remainder of FY 2013–14 and FY 2014–15.

Make Your Voice Heard in The Capitol

One of the most critical periods for legislative action occurs between now and July 3 when the Legislature adjourns for a month. This is the second year of a two-year legislative cycle, so committees will hear newly introduced bills as well as legislation continued from 2013. The League publishes and regularly updates a comprehensive list of hot bills through CA Cities Advocate, its electronic newsletter, to keep members apprised of legislative developments and priorities.

The League’s advocacy efforts work in concert with its members. Calls and letters to legislators from city officials expressing their positions on bills are a critical part of this advocacy. To help cities take positions on bills, the League will be increasingly using its Take Action Center at www.cacities.org/takeaction. This is a one-stop shop for League members and partners to customize and send letters of support and opposition to legislators on bills that have tremendous impacts on city governments.

The Legislature returns from recess on Aug. 4. The session culminates on Aug. 31, when the Legislature adjourns for the year. During August the League’s lobbyists, regional public affairs managers and other staff work around the clock in the Capitol halls advocating for city interests. League members will receive frequent action alerts calling for immediate help to ensure that cities’ voices are heard.

The League’s work doesn’t end when the Legislature adjourns. Gov. Brown will consider hundreds or perhaps thousands of bills during September. The League will be urging him to sign bills that help cities or veto those that harm local governments. League staff will be looking to city officials at this critical juncture to give the governor an understanding of real-life implications of legislation as he makes his decisions.