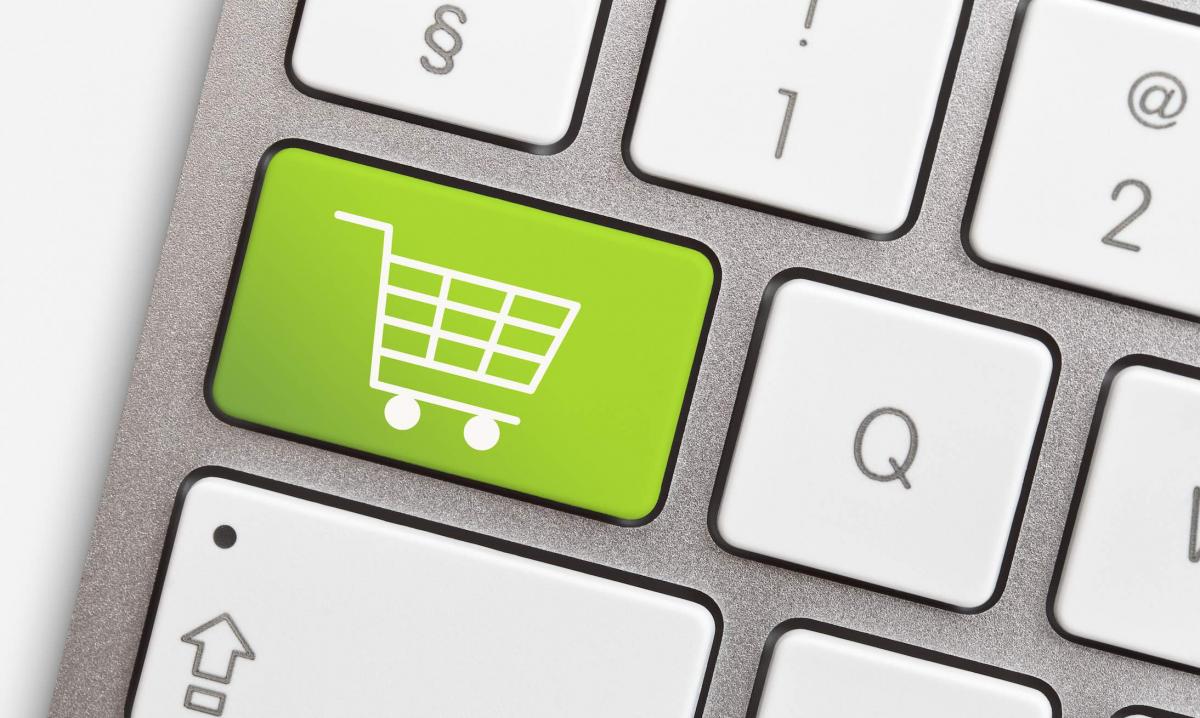 U.S. Supreme Court Revisits Sales and Use Taxes in the E-Commerce Age

Nearly 26 years ago in Quill Corp. v. North Dakota — at the dawn of the e-commerce age — the U.S. Supreme Court cemented the rule that a retailer must have a physical presence in a jurisdiction before that retailer has an obligation to collect the jurisdiction’s sales and use tax.1

Much has changed in the years since, including the exponential increase in the e-commerce market. Today, trillions of dollars in goods are sold online and shipped throughout the United States — including billions to California’s approximately 230 sales and use tax jurisdictions — by retailers with no physical presence in the jurisdiction and thus no obligation under Quill to collect and remit use taxes from customers there. A California customer is liable for use tax on purchases from out-of-state retailers regardless of whether the seller collects the tax. But as a practical matter, most consumers and some businesses fail to remit the tax on their own, which creates a tax collection gap. The amount of money at stake is huge: California’s counties and cities received $7.1 billion in sales and use tax revenues in fiscal year 2015–16, the last fiscal year for which comprehensive data is available from the state Board of Equalization (BOE) and the California Department of Taxes and Fees Administration.2 And the BOE estimates that in fiscal year 2018–19, the total local use tax revenue losses related to e-commerce and traditional mail order will be $879 million.3

It’s been said that what started in North Dakota could end in South Dakota. In a case now pending, South Dakota v. Wayfair, Inc., the U.S. Supreme Court is poised to revisit the Quill rule. The case involves a challenge to South Dakota’s “remote seller compliance law” that imposes sales and use tax collection duties on retailers without a physical presence in the jurisdiction. If the court upholds the state’s scheme, the case could establish sweeping changes to how sales and use taxes are collected in the e-commerce age.

Congress Fails to Act, and States Step In

Quill cemented the court’s earlier decisions holding that the Commerce Clause, which grants Congress the exclusive power “[t]o regulate Commerce … among the several states,” requires a physical presence before a jurisdiction may constitutionally impose the duty on an out-of-state vendor to collect sales and use tax.4 Oddly, before Quill, the court moved away from the physical presence requirement for taxes other than sales and use taxes and developed a more flexible “substantial nexus” test, which examined the connection between the taxing jurisdiction and the person or activity taxed.5 Yet in Quill the court justified retaining the physical presence requirement for sales and use tax collection obligations based on the benefits of a bright-line rule to establish clear boundaries on states’ abilities to compel collection of sales and use taxes.6 The court noted that “settled expectations” in the sales and use tax arena would foster investment, minimize uncertainty and reduce litigation.7 It further reasoned that Congress could — by enacting a federal statute — exercise its Commerce Clause power to decide the extent to which states could burden interstate commerce with a duty to collect use taxes.8 Congress repeatedly considered legislation on the topic, most recently via the Marketplace Fairness Act of 2015, but has failed to adopt any law to resolve the problem despite the court’s invitation.

In the wake of Congress’s failure to act, states have begun to step into the breach, including South Dakota. Its “remote seller compliance law” imposes the duty to collect sales and use tax using a “substantial nexus” threshold in place of a physical presence. South Dakota requires the collection of sales and use taxes by any retailer that, in a calendar year:

The state argues this threshold is sufficient to establish a “substantial nexus” for its sales and use tax collection obligation to apply to vendors with no physical presence in the state. Not surprisingly, the defendant e-commerce giants Wayfair Inc., Overstock.com and Newegg disagree.

South Dakota’s law was designed specifically to challenge the rule that Quill applied to remote sellers. In the years leading up to Wayfair, the court signaled a desire to revisit its decision in Quill. In 2015, in Direct Marketing Association v. Brohl, Justice Anthony Kennedy in a concurring opinion stated:

There is a powerful case to be made that a retailer doing extensive business within a state has a sufficiently “substantial nexus” to justify imposing some minor tax-collection duty, even if that business is done through mail or the internet. After all, “interstate commerce may be required to pay its fair share of state taxes.” This argument has grown stronger, and the cause more urgent, with time. When the court decided Quill, mail-order sales in the United States totaled $180 billion. But in 1992, the internet was in its infancy. By 2008, e-commerce sales alone totaled $3.16 trillion per year in the United States.10

Justice Kennedy further noted that it was “unwise” to delay reconsideration of Quill and urged the legal system to find an appropriate case for the court to re-examine its holding.11  State and local taxing jurisdictions throughout the United States hope Wayfair is that case. 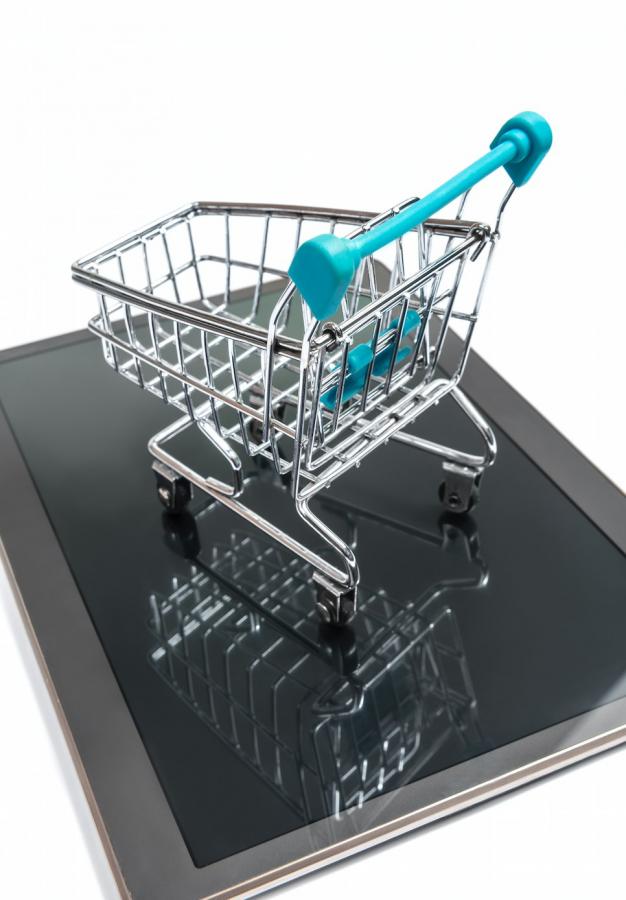 If the court rules in favor of South Dakota in Wayfair, the tax gap in California should narrow significantly both for local jurisdictions and the state. How soon that will happen, however, is another question. California already imposes use tax collection duties on remote sellers if those vendors have affiliates physically present in the state who refer potential customers to the vendor and if the vendor exceeds certain annual sales levels in the state.15 This is often referred to as a “click-through” nexus. A ruling in South Dakota’s favor in Wayfair could mean California need not limit its click-through nexus to those instances where the vendor’s affiliate is physically located in the state.

But unlike South Dakota, for remote vendors that have no affiliates in the state, California’s law sets no  numeric economic nexus to trigger a remote seller’s obligation to collect the use tax from California customers. Instead, the Legislature adopted what is sometimes referred to as a “long arm” statute, because it imposes a tax collection duty to the maximum extent permitted by the U.S. Constitution. Specifically, California Revenue and Taxation Code Section 6203, subdivision (c), imposes the use tax collection obligation on “any retailer that has substantial nexus with this state for purposes of the commerce clause of the United States Constitution and any retailer upon whom federal law permits this state to impose a use tax collection duty.” The question remains, however, what is a constitutional “substantial nexus” as it relates to remote sellers?

The Supreme Court’s decision in Wayfair will undoubtedly provide some guidance. But even if Wayfair overturns Quill, some issues may remain unresolved in the short term. For example, while $100,000 in sales or 200 transactions in South Dakota may establish a substantial nexus in a state with a population of less than 1 million, a court might not agree those same metrics constitute a substantial nexus in California with almost 40 million residents.

More litigation will likely follow Wayfair to sort out answers to questions like these and to establish the boundaries of the new rules if Quill is overruled. Even so, eliminating the physical presence rule will undoubtedly increase collections of use tax to the benefit of the state and local agencies in California, which can only help offset the loss of sales and use tax revenues caused by the e-commerce boom. A decision in Wayfair is expected by the end of June 2018.