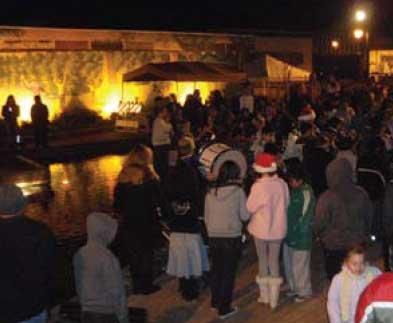 Steve Sanders is program director of the Institute for Local Government’s Land Use and Healthy Neighborhoods programs and can be reached at ssanders@ca-ilg.org. For more about the programs, visit www.ca-ilg.org/sustainability.

The question of how to make cities more sustainable is an ongoing issue for local officials. Sustainable communities are places that foster and maintain a high quality of life. This requires a strong local economy that provides all residents with the opportunity to share in prosperity and enjoy the benefits of a clean environment. A healthy local economy also helps to ensure the fiscal health of the community’s public agencies.

One way that cities can pursue sustainability and a strong local economy is by attracting the right kinds of investments that will help them develop and revitalize commercial and residential neighborhoods. Some of the characteristics of sustainable community development include:

Throughout California, communities are implementing a variety of strategies to help strengthen their local economies. While these strategies are tailored to fit the unique needs of each community, one common approach is to revitalize historic town centers as economic hubs and focal points of community life.

Like many other small cities in the San Joaquin Valley and elsewhere in California, Riverbank is working to address the challenge of preserving its small-town character in an era of shrinking financial resources and mounting pressure to reduce greenhouse gas emissions.

Riverbank’s updated General Plan features several specific strategies for supporting pedestrian, bicycle and other non-automobile modes of travel as well as increasing street “connectivity” — the frequency with which streets or roads intersect. Other strategies include requiring bike racks and pedestrian improvements in commercial development projects; siting buildings toward the front of lots, with parking on the side or in back; and planting street trees to improve the comfort and appearance of sidewalks and streets. The city used these strategies in its extensive efforts to revitalize Riverbank’s aging central district.

Riverbank completed a major beautification of its historic downtown area in late 2009, investing about $9 million in redevelopment funds to make improvements to the district. The project covered an area four blocks by three blocks, centered on the main downtown intersection of Santa Fe Avenue and Third Street. Underground improvements included new water, sewage and drainage infrastructure. Overhead power and phone lines were moved underground to improve the area’s aesthetic appeal.

In addition, the city installed bike racks on every corner and added benches throughout the area. Colorful murals and brick accents in street and sidewalk paving add visual interest, and extensive new landscaping increases shade throughout downtown — an especially welcome amenity in the hot Central Valley summers.

A new plaza at the main intersection added the final touch to the beautification project, providing an attractive gathering place for residents and visitors. Since the project was completed, five new businesses have opened downtown, creating about 30 jobs and generating new sales tax revenues for the city.

Riverbank launched a second project that used about $200,000 in redevelopment funds to engineer and design the architecture for a waterfall entryway to the downtown area and install landscaping on the Highway 108 overcrossing above a rail line.

In conjunction with these efforts, Riverbank anticipates establishing a business improvement district. This public-private partnership would comprise local business owners, who assess themselves a fee to pay for ongoing improvements, promotions and marketing to draw visitors to the downtown area.

As part of its downtown improvements, Riverbank also completed a third project in March 2011: a teen center two blocks from the main downtown intersection and adjacent to the community center. The teen center used $220,000 in redevelopment funds for initial funding, which represented about 20 percent of the total project cost. Other funding sources included Proposition 98 grant funds and about $100,000 raised by local teens. The center offers teens access to computers and study space, pingpong tables, video games, a small gym and some open space.

The City of Pleasanton, located in the east San Francisco Bay Area, adopted an updated General Plan in 2005 that for the first time included an economic and fiscal element to help guide the city’s development. This element helped focus city leaders’ attention on economic trends, opportunities to foster job growth and business development, and the potential impact of planning decisions on the city’s revenues and expenditures.

The city followed up with an Economic Development Strategic Plan in 2007. The strategic plan outlined the city’s economic strengths, challenges and opportunities and established six economic development goals:

The plan noted that “while Pleasanton has a full complement of retail facilities, much of it is … in an auto-oriented configuration that is becoming increasingly obsolete on a national scale. Many national retailers are now seeking a more pedestrian-oriented lifestyle setting for their stores, with outdoor cafes, unobtrusive parking solutions and a mix of uses either within the retail center or nearby to encourage longer shopping trips.” In other words, Pleasanton has found that planning for sustainability can also make the city more competitive in attracting retail investors.

Pleasanton has worked to create a thriving retail, cultural and entertainment hub downtown through a mix of public and private investments. One recent project, the Firehouse Arts Center, illustrates Pleasanton’s economic development strategies and efforts to create a sustainable city.

The Firehouse Arts Center, which the city owns and manages, is a cultural arts center in a rehabbed, formerly vacant firehouse located one block off Main Street. This $13 million capital improvement project was completed in fall of 2010. The center has a 240-seat “black box” theatre with a movable stage and seats, an art gallery and classroom space upstairs. Pleasanton also built a parking lot for the center that serves as additional downtown parking.

The Firehouse Arts Center project’s goals were to:

The Pleasanton Downtown Business Association works with city staff who manage the center to cross-promote local businesses and events. For example, tickets to shows have coupons on the back offering specials and discounts at local restaurants and businesses. The Firehouse Arts Center is used for theatre productions, concerts, an annual poetry and prose festival, movies (in partnership with the city library) and the city’s annual Shakespeare camp.

Sustainability and the Economic Bottom Line

Riverbank and Pleasanton are very different types of small cities, but both demonstrate that innovation and a healthy dose of entrepreneurial determination can maximize a community’s strong points and create economic development efforts that also support sustainability.

By attracting new investment to their downtowns, Pleasanton and Riverbank have made their communities better places to live, work and visit. Town centers offer transportation choices — walking, cycling and transit — that reduce traffic and air pollution. Concentrating economic activity downtown relieves pressure to build on the outskirts, thus protecting open space and farmland. And local agencies can benefit from the new revenues that economic activity brings, as well as the lower cost of providing services and facilities in existing neighborhoods.

These are challenging times for cities and their residents. While individual cities can do little about the overall vitality of the national economy, they can do many things locally to set the stage for economic growth. Sustainable community development offers cities a path to a better future — one that brings a wealth of benefits, including greater prosperity and opportunity for all residents, a healthier environment and a more stable and secure fiscal outlook.

Riverbank’s downtown revitalization won an award from the San Joaquin Valley Blueprint Awards Program in 2010. To see a complete set of before and after photos of the project, visit http://www.valleyblueprint.org/city-riverbank-downtown-revitalization.html. To view Riverbank’s Economic Development Strategic Plan, visit the city’s economic development page.

For additional examples and resources on sustainable economic development, visit the Institute for Local Government website at www.ca-ilg/SustainableEconomy.