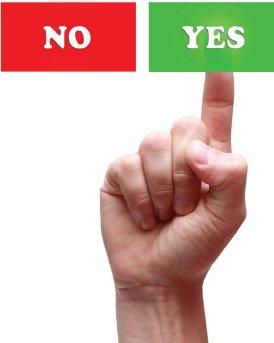 Greg Keidan is a program consultant for the Institute for Local Government’s Public Engagement and Collaborative Governance Initiative and can be reached at gkeidan@ca-ilg.org.

California city residents are increasingly participating in important public decisions about land use, budgets, the environment and other issues through community dialogue and deliberation. But it can be a challenge to design public meetings that allow a large and diverse group of residents to collaboratively identify and offer their preferences or recommendations to decision-makers in a limited amount of time.

One technique that’s gaining popularity is the use of handheld wireless devices, also known as keypad polling. These small keypads, which resemble a calculator or TV remote, transmit each participant’s choices to a laptop computer that tabulates the responses and quickly produces an easy-to-read graph of the aggregated data. When combined with dialogue, this technology allows participants to anonymously select or prioritize options and then instantly view the group’s collective judgment or the opinions of different subsets of participants, such as men and women.

“It’s a good tool to keep people engaged and thinking,” says San Mateo County Supervisor and former San Mateo City Council Member Carol Groom, who participated in a countywide visioning process that used keypad polling. Describing the advantages of such an approach, she observes, “You got immediate feedback on how ideas played out and if you were in the minority or majority on different issues. This information made me reconsider some of my assumptions.”

While keypad polling is often associated with expensive and large-scale public engagement efforts beyond the means of most municipalities, it can be done affordably. When used properly, these small devices may offer significant benefits for local leaders seeking to engage large numbers of residents in focused planning or decision-making processes.

A committee of Menlo Park city staff and resident volunteers used keypad polling in 2007 to prioritize 17 actions the city could take to address climate change, drawing from a list of 179 recommendations that were generated over the course of a year. The committee was able to agree on 17 top priorities after a single three-hour deliberative keypad polling session. All 17 recommendations were adopted by the city council in a climate action plan.

In nearby Palo Alto, keypad polling was used extensively in two large deliberative meetings in 2008 on youth and alcohol issues; more than 300 youth and adults participated. Input received at these meetings led to the city passing a social host ordinance that holds adults responsible if they host parties where teens are drinking alcohol. Recreation Supervisor Adam Howard says that the keypads helped tremendously in facilitating interaction with teens. “It allowed them to see results immediately,” says Howard. “That made it more relevant, and they were excited about having their voices heard.” Palo Alto city leaders are now planning to use keypad polling to engage residents in prioritizing budget items. San Francisco has also used keypad polling to support residents’ participation in its budgeting process.

Redwood City and local multi-sector collaborative Redwood City 2020 hosted a deliberative event using keypad polling in 2007 called “Bridge to a Better Community: Adults and Youth Coming Together for the Future.” More than 200 residents of all ages participated in the discussions and used keypads to identify key challenges facing youth in the community and proactive solutions to address them. “What was amazing about the keypad polling was the immediate feedback,” says City Council Member Alicia Aguirre. “This helped participants cover more ground and create next steps, because we were able to see our collective priorities.” Staff shared input from the event with the city manager and the city council, who used the information to inform city efforts related to youth.

Keypad polling will also support town hall meetings planned by the Compact for a Sustainable Ventura County, a partnership that includes Ventura County, the 10 cities within the county and other stakeholders. The keypads will be used in discussions to create a list of priority sustainability strategies.

Quantitative, Richer and Transparent Information. Keypad polling produces quantified results from the entire group that are transparently generated and — if done correctly — easily understood by everyone in the room. Traditional public meetings may be dominated by the loudest and most assertive individuals, but with keypad polling everyone has an equal opportunity to weigh in. “When keypad polling is done well, it increases the likelihood that people will continue to participate in public meetings, because they get engaged, feel like they have a voice and are a part of something,” says David Campt, a public engagement consultant with 10 years of keypad polling experience.

Keypad polling can also offer local leaders much richer — and thus more useful — data than is often the case in public meetings. For instance, if participants are asked to input demographic or neighborhood information, the generated ideas or recommendations can be tabulated by age or neighborhood. When participants are asked to rate recommendations using a 10-point scale system, meeting organizers can learn not only which options people like the most, but also which they like least.

More Honest Input. When participants are asked to vote on or prioritize items by a show of hands or by placing sticky dots on flip charts, their choices can be affected by peer pressure, cultural conventions and other dynamics. Keypad polling can be a useful way to get a more accurate measure of public judgment and to allow everyone to be heard, particularly in situations where people might be hesitant to share their opinions.

Highlighting Diversity. Keypad polling draws a group’s attention to its diversity of backgrounds and opinions. Demographic questions allow conveners to see how well the community is represented by those participating and lets decision-makers know if the input they are receiving is broad-based. Well-crafted questions can make the diversity of community opinions readily apparent. This can help shift participants’ focus from their own opinion to the collective judgment of the group.

Individual keypad polling devices are available for about $50 (refurbished) or $75 (new). A receiver that plugs into a computer and can gather input from up to 1,000 keypads costs approximately $700. Some companies also rent this equipment; one charges $500 per event plus $3 per keypad. Before purchasing keypads, local officials should experience a keypad polling process themselves and consider staff interest and capacity for using this equipment.

One option is to hire a public engagement consultant with their own equipment. The cost of such consultants varies widely, as does the range of services they offer. Shop around and ask for recommendations to find a consultant who fits your needs and budget. If your city finds keypad polling useful and has a staff person who is interested in learning how to use this technology, then it may make sense to purchase your own gear. Local government agencies may also consider sharing keypad polling equipment in order to reduce costs.

When to Use It

Keypad polling is perhaps most useful when seeking to gather collective judgment from a large group. Janet Fiero is a senior associate at America Speaks, a Washington, D.C.-based nonprofit that has organized many large-scale deliberative town hall meetings. Fiero suggests that local agencies use keypad polling only when they have the time to design good questions and conduct the outreach necessary to bring at least 50 to 100 diverse community members together.

On the other hand, David Campt has found that keypad polling can be very useful for groups as small as 15 people, particularly when some participants may have reservations about sharing their views because of perceived imbalances of power or cultural conventions. Chris Bui, another experienced practitioner specializing in deliberative keypad polling who has worked with local officials, finds keypad polling very helpful for small group executive or senior management retreats, because participants are able to be more candid and can work through more issues quickly and efficiently. But Bui agrees with Fiero that keypads are most useful for engaging larger groups in collective decisions.

Things to Keep in Mind

Taking the following steps will increase the likelihood of conducting a successful meeting using keypad polling.

Promote and advertise the meeting especially to groups of residents who may have barriers to participation, such as language, lack of transportation or working multiple jobs, or who may not typically get involved in local government issues. This will ensure a broad representation of people and views. Otherwise the results won’t accurately reflect the ideas and recommendations of all affected residents, and those who feel excluded may oppose any agenda that is developed.

Allow sufficient time for participants to discuss issues and generate options in small roundtable discussion groups before asking them a question using the keypads. Ensuring deliberative discussions will make the information generated more useful. Small-group facilitators should acknowledge and respect participants’ differing views and encourage people to candidly express their ideas and the reasons for their opinions.

Keep it simple. These meetings fail when the number of questions or their complexity is more than the groups have time to talk about and understand.

Remember that using keypad polling effectively requires training and experience, and local agencies may wish to hire experienced consultants to help design and facilitate these meetings, at least initially. Consultants may be asked to train or mentor interested staff members to help increase the agency’s capacity for using keypad technology.

Phrase questions impartially, using neutral language, so participants don’t feel they are being led in a specific direction. Questions should typically offer mutually exclusive alternatives; for example, ask whether they prefer Option A or Option B instead of asking what they like about each option.

Strive to provide a way for participants to generate new ideas so they are not limited to choosing from a predetermined menu. However, participants need to understand the constraints and boundaries of what is feasible.

Ask participants demographic and related questions (such as age, gender, neighborhood, ethnicity, etc.) early in the process, using the keypads, and compare those demographics with those of the city or region. This helps establish the identity and connectedness of the group and can also demonstrate the credibility of input to be generated.

Address language barriers by providing on-site synchronous translation with headsets or by holding separate events in other languages prevalent in the community.

Start with an easy and fun question so participants become comfortable using the keypads; for example, “What is your favorite season?” or “How many pets do you have?”

Ask participants to assess the process, using the keypads, when the deliberative portion of the meeting is completed. This is an easy, transparent way to get group feedback and demonstrates the sponsoring agency’s commitment to improving the process.