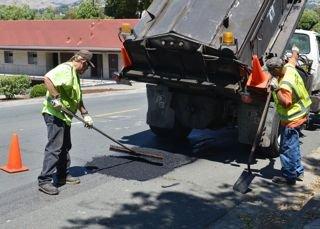 The City of Vallejo won the 2014 Helen Putnam Award for Excellence in the category of Enhancing Public Trust, Ethics & Community Involvement. For more about the award program, visit www.helenputnam.org.

In the mid-2000s, things were looking up for the City of Vallejo, a community of more than 115,000 residents from diverse backgrounds, located northeast of the San Francisco Bay Area. The city was enjoying a decade-long economic recovery following the 1996 decommissioning of Mare Island, a large naval base that had long been a mainstay of the local economy. Vallejo’s proximity to San Francisco and the state capital positioned it as a prime destination for drivers of the new economy. 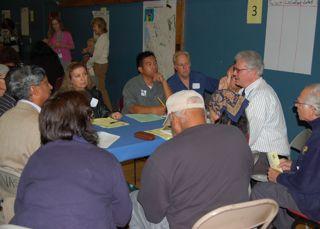 However, city-funded services were fiscally unsustainable. The confluence of the Great Recession and rising liabilities forced Vallejo to declare Chapter 9 bankruptcy in 2008, resulting in a drastic reduction in city services and programs. Vallejo’s image suffered alongside its credit rating, and residents’ frustration with their government became the new norm.

Even as Vallejo emerged from bankruptcy in 2011, the city continued to face public distrust due to a lack of transparency, accountability and resident involvement. In an effort to restore city revenues and services, in November 2011 Vallejo voters narrowly passed Measure B, a 1 percent sales tax increase to restore and enhance services. Then a city council member proposed something audacious: inviting residents to help decide how to spend 30 percent of the first 15 months’ worth of tax revenue, approximately $3.2 million. In response, the city council established the citywide Participatory Budgeting (PB) program on April 17, 2012.

PB enabled residents to work with city government to help make budget decisions by involving them in a unique and innovative method of managing public budgets. Community participant Patricia Kutza says that she and her fellow volunteers got a taste of “the challenges city departments face with limited funds and high expectations.” PB also offered an opportunity to empower residents, rebuild trust after the strain of the bankruptcy and build productive partnerships among residents and city staff working toward a common goal of improving the city’s quality of life.

Getting the Program Off the Ground

The PB Steering Committee, appointed by the city council and composed of representatives from diverse local civic organizations, ensured the process would reflect the city’s diversity, needs and interests. The steering committee, along with city staff and consultants, outlined three goals for Vallejo’s PB process:

John De La Torre, a steering committee member, noted early on that PB would create a “fundamental change in how the community and city work together.” 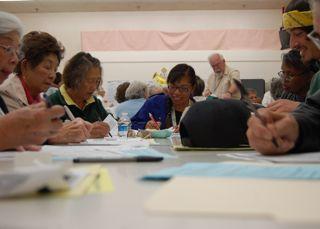 Budget Assemblies (November through December 2012) — The city convened nine budget assemblies held in locations throughout the city, where residents conversed in small groups to generate public project ideas. To encourage broad representation of Vallejo’s residents, child care was provided at several meetings, and one assembly was conducted entirely in Spanish. A website also provided a way for residents to submit project ideas online, complementing the assemblies.

Budget Delegates (January through March 2013) — Residents who volunteered to serve as budget delegates on one of eight committees were responsible for screening project ideas for eligibility, prioritizing ideas based on public benefit and needs, and developing those ideas into detailed proposals for a public vote. Two additional committees, composed of youth and Spanish-speakers, helped reduce language and age barriers.

Project Expos (April 2013) — Three Project Expos provided an opportunity for the community to learn about proposals, developed by budget delegates, that would appear on the PB ballot. Project proposals were displayed in a science fair format.

Voting (May 2013) — The PB ballot listed 33 projects, and each resident could vote for up to six projects. Voting took place over eight days in various locations, including supermarkets, places of worship, schools and Vallejo City Hall. Any Vallejo resident age 16 or older could vote in the PB election. 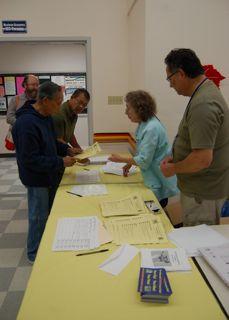 This timeline changed slightly for the second PB cycle. The 2014 vote for projects totaling $2.4 million took place in early October.

The city’s first PB cycle engaged more than 5,000 residents and generated over 800 project ideas. More than 11 percent of residents attending assemblies were over 18 years of age but not registered to vote, suggesting that PB engaged residents typically not involved in civic affairs. African-Americans, Hispanics and residents younger than 35 who participated in the assemblies were less likely to have previously interacted with their local government officials. The PB process offered new ways for people to have a voice in community issues affecting the local quality of life. Youth voters (16 to 17 years of age) accounted for 18 percent of the total votes cast. The PB voting phase turned out 3.4 percent of the total population, a higher percentage than other PB processes conducted in Chicago (1.3 percent) and New York (1.9 percent). 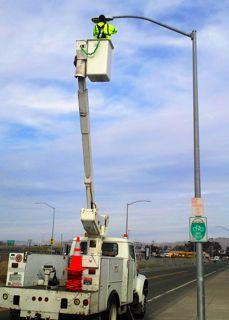 PB is about building community capacity and social capital. Vallejo residents who participated in PB reported that their circles of acquaintances grew and they were more likely to cooperate with neighbors to take on community issues. PB has become a catalyst for Vallejo’s transformation, and residents have a restored sense of pride.

Ultimately PB is not about the dollar amount or even the finished projects. Volunteer budget delegate Kim Thomas says, “When I saw how many people were actively engaging in the community, I realized it was worth far more than whatever we end up spending the $3 million on. Genuine community engagement is priceless.”

Photo credit: Courtesy of the City of Vallejo and the League of California Cities