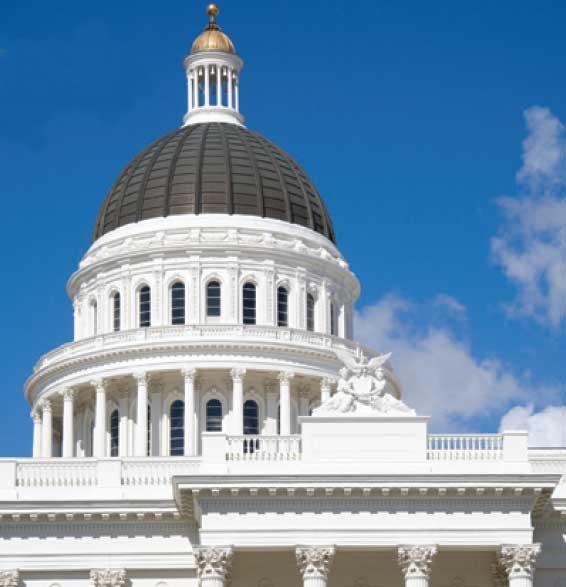 California cities have faced some formidable challenges in the past year, and the League has worked hard to support our efforts. As I approach the end of my term as League president, I’m increasingly aware of several key points related to our progress, which I urge you to keep in mind in the coming months.

First, the League and its member cities have achieved some remarkable results in the past 10 years. The League’s expanding leadership role at the ballot box is our most significant accomplishment. Perhaps the most important component of this effort was — and continues to be — the strategic partnerships and broad coalitions we formed with other local government, environmental, labor and business organizations to build grassroots support for our advocacy work. In support of a common goal, we are able to bring together people who traditionally are at odds with each other.

These coalitions play a central role in our successes at the ballot box. In 2004, in partnership with Governor Schwarzenegger, our collective efforts helped to pass Proposition 1A, which constitutionally protected local revenues from state raids. In 2006, we succeeded in defeating Prop. 90, a ballot measure that would have destroyed local land use laws and environmental protections. We also worked very hard to help pass the 2006 package of statewide ballot measures that provide direct and indirect funding for city infrastructure projects. And in June 2008, we were part of a coalition that defeated a deceptive attempt to abolish rent control and land use regulations, and our efforts helped pass Prop. 99, which provides honest eminent domain reform.

A Hard Road Ahead

For the past two years, protecting funding for vital community services has been a strategic priority for the League. The difficulty of this work has been compounded by the foreclosure crisis, an economy in deep recession and the state government’s severe budget deficit. Sharp downturns in local revenues from property tax and sales tax have forced cities to cut services and lay off employees as local officials grapple with budget deficits.

As I write this column in June, it’s uncertain how the state’s budget woes will be resolved, but one thing is clear: City revenues continue to be on the table, and our fight to protect them is an ongoing effort that requires focused, strategic work. Regardless of how the state budget deficit is addressed, we have a long, hard road ahead of us to protect funding for local services in the years to come. We cannot afford to let down our guard on this issue or rest on our laurels. The quality of life for all Californians is at stake.

As Thomas Jefferson said, the price of freedom is eternal vigilance. It’s critically important that we sustain our momentum in fighting for cities, and we cannot do it without you. It takes the consistent and active involvement of city officials throughout California to maintain our diligent efforts to protect local revenues, local control and vital community services. I urge you to keep up the hard work that has made it possible for the League to achieve our progress thus far — the fight has just begun.

One essential component of the League’s success deserves some additional recognition. Executive Director Chris McKenzie recently celebrated 10 years of service with the League. He has played a central role in the League’s accomplishments of the past decade, beginning with the establishment of the grassroots network. Chris has been a catalyst for the League’s accomplishments, helping us focus on our strategic priorities and build strong coalitions and partnerships. His energetic determination was key in attaining our goals, including the passage of Prop. 1A in 2004 to constitutionally protect local revenues, the defeat of Props. 90 and 98, and the passage of Prop. 99. His grit, vision and tenacity have shaped the League and given us a powerful voice in the state Capitol and throughout California — an invaluable contribution.

As the end of my term as League president draws near, I want to thank the League board of directors, Executive Director Chris McKenzie, League staff and all of the city officials who have worked so diligently on these issues. Your efforts have made an enormous difference, and I am grateful to each and every one of you.

I invite all of our local government officials to embrace the opportunities and challenges of state governance reform (see “A Push for Reform” on ­­page 4). Working together we can improve the future of our cities and the state of California.

A Push for Reform

The state Legislature’s increasing inability to balance the budget on time has fueled the demand for reforming state governance, and the situation has been exacerbated by the current economic downturn. As League Executive Director Chris McKenzie noted in his May 2009 Western City column, “ … civic and business leaders see a Legislature that can be accurately described as polarized by partisan politics and avoiding many of California’s most important challenges in the areas of water supply, education, infrastructure, environmental quality and more.” (To read the entire column, visit www.westerncity.com.)

As Western City went to press in mid-July, the Local Government Summit on State Governance and Fiscal Reform was under way in Sacramento. Sponsored by the Cities Counties Schools Partnership, a collaboration of the League, California State Association of Counties and California School Boards Association, this two-day event brought together local government officials and educators to explore available options for pursuing reform. For more information, visit www.ccspartnership.org.

This article appears in the August 2009 issue of Western City
Did you like what you read here? Subscribe to Western City