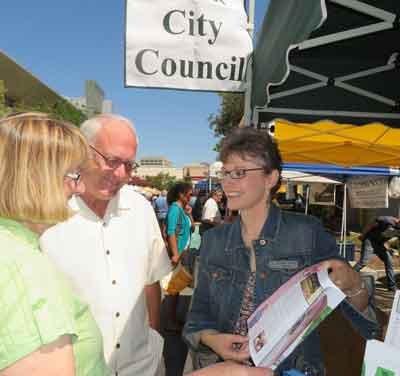 Walnut Creek Takes a Graphic Approach to Its Budget

The City of Walnut Creek won the 2013 Helen Putnam Award for Excellence in the Internal Administration category. For more about the award program, visit www.helenputnam.org.

You might say the City of Walnut Creek is the victim of its own budgeting success. Over the past six years, city leaders have managed to close significant budget gaps with minimal impact on the community. They achieved this by implementing internally focused strategies that included staff reductions and negotiating concessions on health care and pension contributions.

To residents and visitors in this eastern San Francisco Bay Area community, everything appears as it always has. In fact, 96 percent rated the overall quality of life in Walnut Creek as excellent or good in a recent citizens’ survey.

But long-term financial projections show a different picture. The programs, services and facilities that the city provides to the community will no longer be fiscally sustainable at current levels as of July 1, 2014.

Whatever the solution — service cuts, revenue increases or a combination of both — will require the support of an informed community.

The City of Walnut Creek decided to do something dramatically different to capture the community’s attention. Staff agreed to forgo the traditional budget binder loaded with numbers and charts in favor of creating a 20-page report called A Community Connected: The Budget Story that was compelling, accessible and perhaps even fun to read.

As a first step, the team invited all of the city’s program managers to come to a brainstorming session as a launching point for identifying challenges and the “wow factor” — programs and services that residents valued most highly. This produced more than 200 ideas, which the team reviewed to find common elements.

Throughout the creation of The Budget Story, the team repeatedly returned to those key messages, testing each page to make sure the content related to the messages.

The team framed The Budget Story around the priority-based budgeting process Walnut Creek has used since 2009. Priority-based budgeting is based on identifying community goals, scoring city programs against those goals and then allocating funding to the programs most likely to achieve the goals. It is an effective but complicated process, with parallel tracks of community input and staff assessment of programs occurring simultaneously.

The team realized that if the community were to believe Key Message 1 — that Walnut Creek manages resources in a thoughtful and effective way — it was essential that they understand how priority-based budgeting works.

To demystify the budgeting process, the team created an easy-to-follow info graphic that clearly illustrates the roles played by the city council, the community and staff.

Putting it All Together

Each of Walnut Creek’s seven priority-based budgeting goals has its own chapter with a mix of short articles and graphics.

The Budget Story features portraits of staff and community members, along with key quotes, on the outer column of each page to build a virtual sense of community and make the message more personal. Every goal includes at least one “Consider This” box outlining a future challenge.

A colorful two-page spread presents budget information. In addition to the traditional “revenues and expenses” pie charts, the illustrations demonstrate how just a fraction of property and sales tax revenues actually stay in Walnut Creek and outlines what the city has already done to cut costs.

By having The Budget Story printed and distributed with the existing city newsletter to every address in Walnut Creek, the total project cost was 55 cents per copy.

Quick response (QR) codes provide easy access to the traditional budget document and other reports for those who seek more detail.

Closer to home, the 2013 Walnut Creek Citizens Institute class used The Budget Story as a textbook.

“Having The Budget Story as a starting point meant this particular class of 35 people was quick to understand the issues, ask focused questions and take away vital information to share with families, neighbors and friends,” says Vassar, who coordinates the institute.

“Too many agencies drown people in numbers when they try to communicate about their budgets,” Vassar adds. “But a budget is really a story about choices and challenges, and who doesn’t like a good story?” 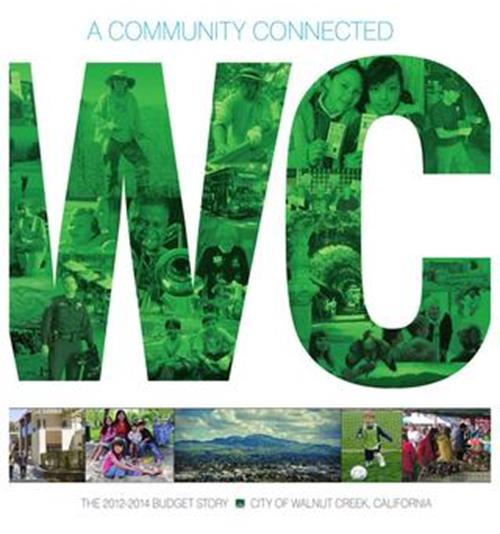 This article appears in the November 2013 issue of Western City
Did you like what you read here? Subscribe to Western City