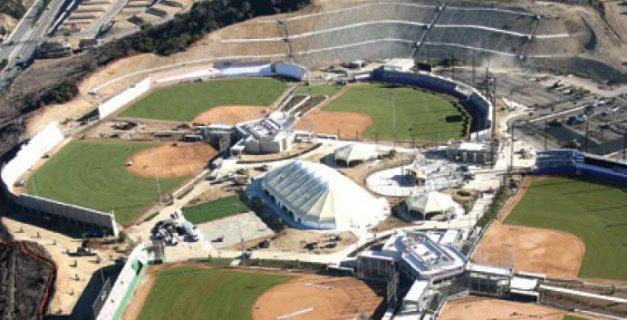 For more than 40 years, residents in the City of West Covina’s southern area suffered from the dangers posed by a landfill owned and operated by BKK Corporation. This one-square-mile dump exceeded a height of 1,000 feet and accepted some of the state’s most toxic hazardous waste. Between 1962 and 1996, the landfill received nearly 3.5 million tons of Class I hazardous waste and 20 million tons of Class III municipal waste. The landfill drew an overflow of garbage trucks through the city streets and forced the evacuation of neighboring homes in 1984 due to high levels of toxic gas.

The city fought to have the landfill closed and finally won in 1996. Yet even after its closure the landfill adversely affected the community, and its blighting influence continued. The BKK Corporation tried to redevelop the site into an office park, but the site’s history as a hazardous dump and past environmental problems thwarted each attempt. It became clear that the city needed to step in and take an active role in redeveloping the site.

Between 1999 and 2002, the city held numerous community meetings to create a vision for the site and released a questionnaire to 2,534 nearby residents and businesses to gather community input. Key concerns included health and safety issues, ground water contamination, degradation of property values, and site cleanup and redevelopment.

As city officials worked with the community and private sector, a vision for transforming the landfill emerged that combined retail and office space with recreational opportunities. The vision was refined into a plan for a regional open-air shopping center, office buildings, a golf course, a baseball park and recreational walking trails.

The project proved to be extremely challenging. Potential pitfalls ranged from the extensive coordination needed to develop a landfill property and financial costs of brownfield development to the potential environmental liabilities and conforming with numerous federal and state regulatory requirements.

Undeterred, the city made redeveloping the site its highest priority and acquired 231 acres of the landfill property in 2003. The city’s proactive role resulted in an amendment of the consent order between BKK Corporation and the U.S. Environmental Protection Agency (EPA). The amendment removed land-use deed restrictions to allow recreational uses on a portion of the landfill and established a prospective purchaser agreement with the EPA and California Department of Toxic Substances Control (DTSC) to secure environmental liability protection for the city, developers and future landowners.

West Covina negotiated other salient agreements, including one stipulating that BKK Corporation use the land sale proceeds to complete landfill closure and related remediation, including groundwater contamination cleanup and a conservation easement and habitat mitigation monitoring plan.

The project encountered a major hurdle in October 2004 when BKK notified the EPA and DTSC that it was insolvent and could not continue remediation of the closed landfill site, thereby breaching its purchase and sale agreement with West Covina. The city immediately stepped in and restarted the remediation and landfill closure activities, contributing $3.3 million in tax increment funds (TIF) for insurance premiums, overseeing soil testing and landfill drainage systems construction, and securing another $6.2 million TIF to purchase and lease additional property. West Covina also obtained an additional $1.2 million grant from the California Integrated Waste Management Board for site remediation and closure.

Today, the former landfill site is a highly successful project encompassing 340,000 square feet of commercial space and recreational uses. The 360,000-square-foot office towers, 18-hole golf course and 47-acre natural habitat preserve with walking trails are in the design and development phase. The project has generated more than 1,000 jobs and benefited the entire region.

The West Covina Commercial Center and Sportsplex enjoys the enthusiastic support of community groups, the local chamber of commerce and the San Gabriel Mountains Regional Conservancy. “We are very fortunate that the city focused on completing the project, not only because of the estimated $74 million economic impact it brings to the region but also for addressing the community’s environmental justice needs and dramatically transforming the area,” says Don Carman, former president of a West Covina community association. He adds, “West Covina residents no longer have to suffer with the embarrassment of living alongside a landfill. Now we can say we live next to an amazing landmark!”