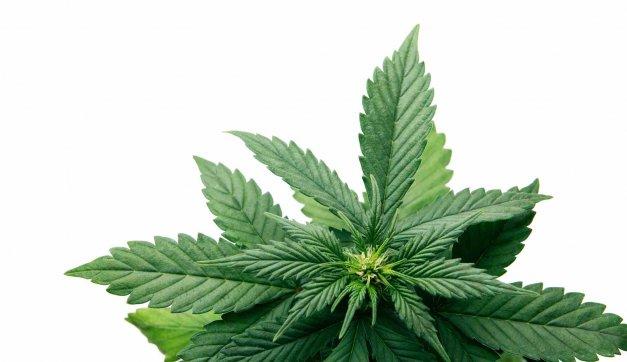 What Cities Should Know About Proposition 64, the Adult Use of Marijuana Act

Tim Cromartie is a legislative representative for the League and can be reached at tcromartie@cacities.org.

This article is provided as general information and not as legal advice. The law is constantly evolving, and attorneys can and do disagree about what the law requires. City officials interested in pursuing strategies described in this article should consult their city attorney.

In November 2016, California voters approved the legalization of recreational marijuana use. This article presents some basic information for city officials on how the law has changed.

A key concern for cities will be whether local regulations are “reasonable” as specified in Prop. 64. Examples of reasonable regulations include but are not limited to:

The issues of excessive water and electricity use could be doubly important if a city has levied a utility tax related to those resources, because spikes in such use may not be easily attributed to a specific residence — and thereby appropriately taxed — without the assistance of the relevant utility.

Under Prop. 64, cities retain the authority to regulate and ban all other cultivation and all recreational marijuana businesses. Cities can decide whether to allow any recreational businesses in their communities. A decision to allow these businesses should be accompanied by a relatively detailed plan for regulating them, which is addressed later in this article.

Prop. 64 pre-empted all state and local sales tax on medical marijuana; such taxes are no longer allowed. This is based on the assumption that marijuana used for truly medical purposes is not different from conventional pharmaceuticals, which are not subject to federal, state or local taxes. However, a host of other excise taxes may still be levied on medical marijuana, including taxes on cultivation and manufacturing.

Prop. 64 makes it legal for any adult to possess up to 28.5 grams of cannabis or up to 4 grams of concentrated cannabis. Any person possessing an amount over these limits may be arrested and charged with a misdemeanor. 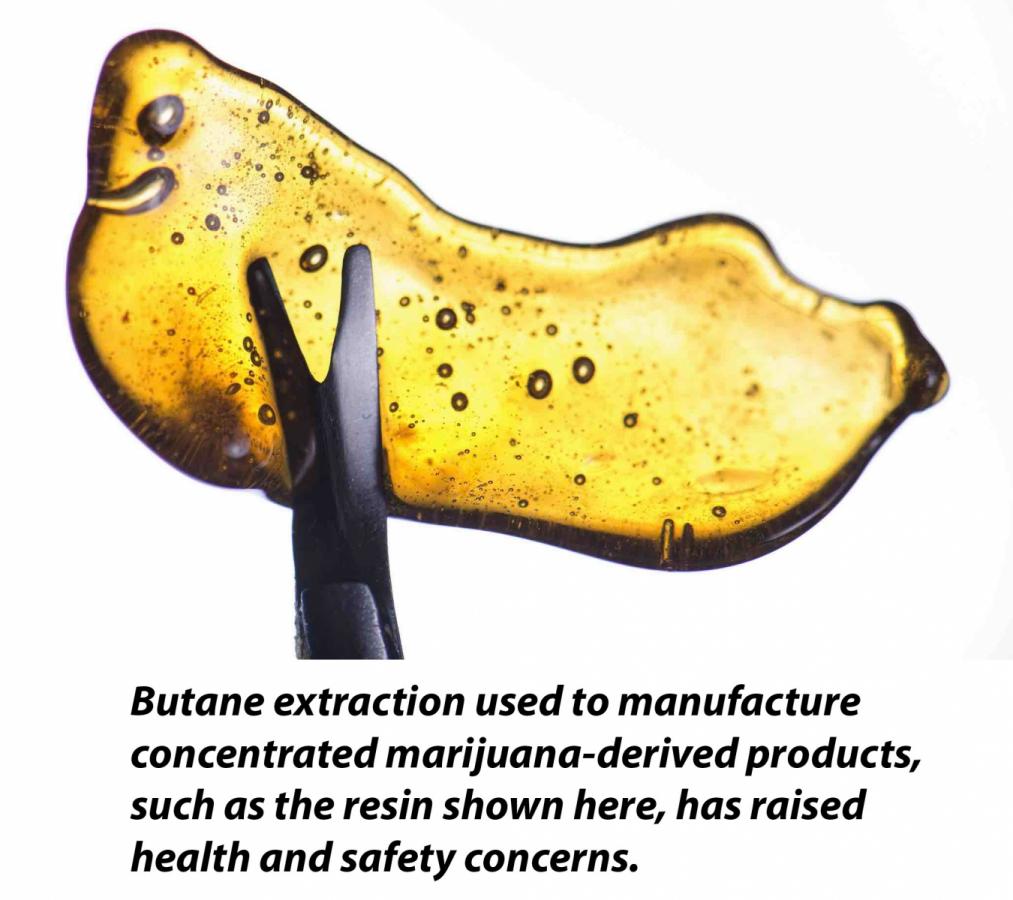 Cities retain the ability to ban deliveries as a reasonable regulation on the operations of retailers, microbusiness and nonprofits — or any other recreational marijuana business licensed by the state under Prop. 64. Such a regulation would be within the scope of cities’ constitutional police power, which the courts have interpreted broadly and upheld consistently.

As a fail-safe, cities also have the option of prohibiting the local permitting of the categories of licensees that are authorized to make deliveries, should that become necessary as the only avenue to prevent deliveries within a city’s jurisdictional boundaries.

If there is no local prohibition on deliveries, Prop. 64 clearly allows for home deliveries of recreational marijuana. Delivery is included in the initiative’s definition of commercial marijuana activity, which is defined as “the commercial transfer of marijuana or marijuana products to a customer.”

State licensing of medical and recreational marijuana businesses is slated to begin in January 2018. The Medical Marijuana Regulation and Safety Act (MMRSA) requires evidence of local approval for a licensed activity to be submitted with an application for a state-issued medical marijuana business license; this is known as the dual licensing requirement.

Prop. 64 differs from the MMRSA because it does not require evidence of local approval to be submitted with an application for a state-issued recreational marijuana business license. Instead, Prop. 64 simply provides that a state license cannot be issued if the activity is in violation of local ordinances. However, because evidence of local approval need not be submitted when applying for a state license for a recreational business, there is no clear mechanism for providing state agencies the required information, namely whether the activity for which the license is sought is in violation of local ordinances. Prop. 64’s approach places the responsibility on state agencies to do additional legwork to obtain this information and adds an unnecessary hurdle to the state licensing process. The League plans to ask for legislation requiring evidence of local approval to be included with all applications for recreational marijuana business licenses, consistent with the dual licensing regulatory protocol established in the MMRSA. 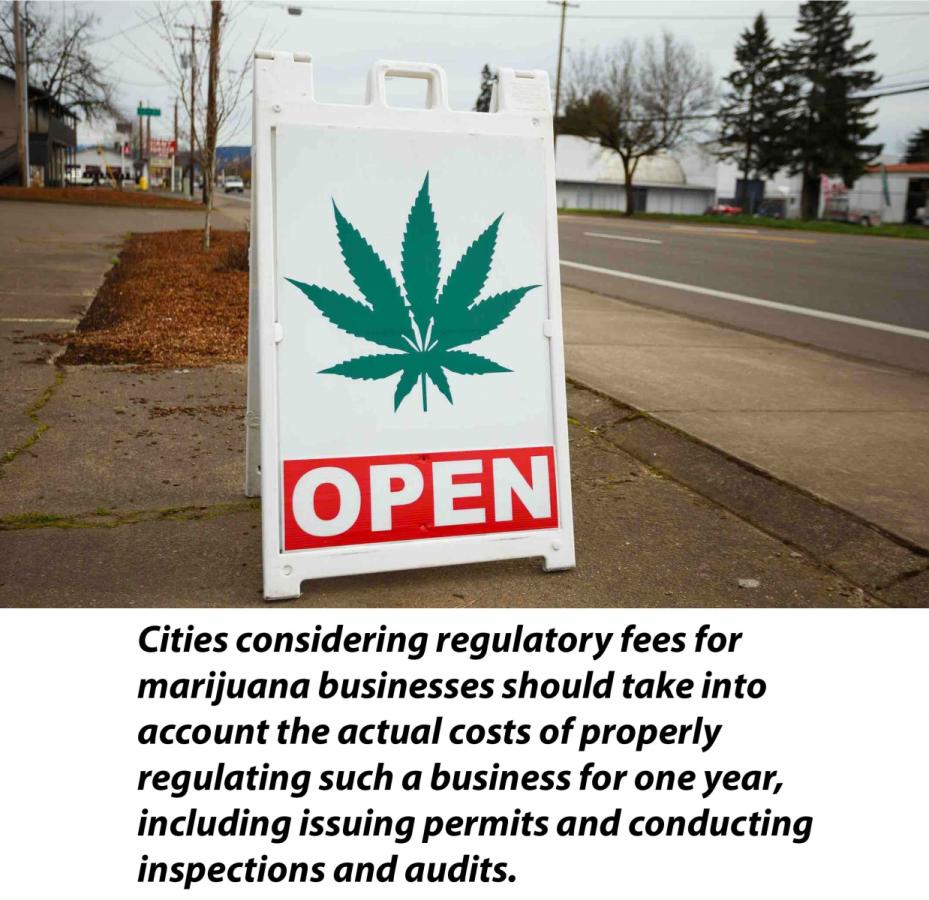 Adopting Local Regulations Other Than Bans

Any city considering adopting a regulatory ordinance for medical marijuana should look at Oakland’s ordinance, which when first enacted was relatively comprehensive but has recently been updated to reflect the various licensing categories in the MMRSA. You can find Oakland’s original ordinance at www.cacities.org/MedicalMarijuana (click the Ordinances tab). The League website also provides ordinances from several other cities, which represent a variety of local regulatory approaches.

A local regulatory fee must be established at the outset. It is a good idea to survey what other cities are doing in this area. The regulatory fee may take the form of an annual business license fee and should be linked as much as possible to the city’s actual cost of regulating one of these businesses for one year. For example, the City of Oakland’s marijuana business license fee is $60,000 per year, and the city can document that this amount is what it costs the city to properly regulate one marijuana business for one year; the fee covers issuance of permits, inspections, audits and so forth.

City officials should discuss with the local Police Department and local Code Enforcement Department their responsibilities under any local regulatory scheme and their comfort level related to executing those responsibilities. The local Fire Department should also be consulted if there is any possibility that the city will permit manufacturing facilities.

Any city thinking about adopting regulatory ordinances for marijuana businesses should consider first adopting a per capita formula or a numerical limit on how many dispensaries it will ultimately have — for example, it can be one per 15,000 residents or some other formula. Limiting the number of marijuana businesses in its jurisdiction, by whatever means, will automatically make it easier for the city to regulate them, including conducting audits. This is important because it accomplishes two things immediately: 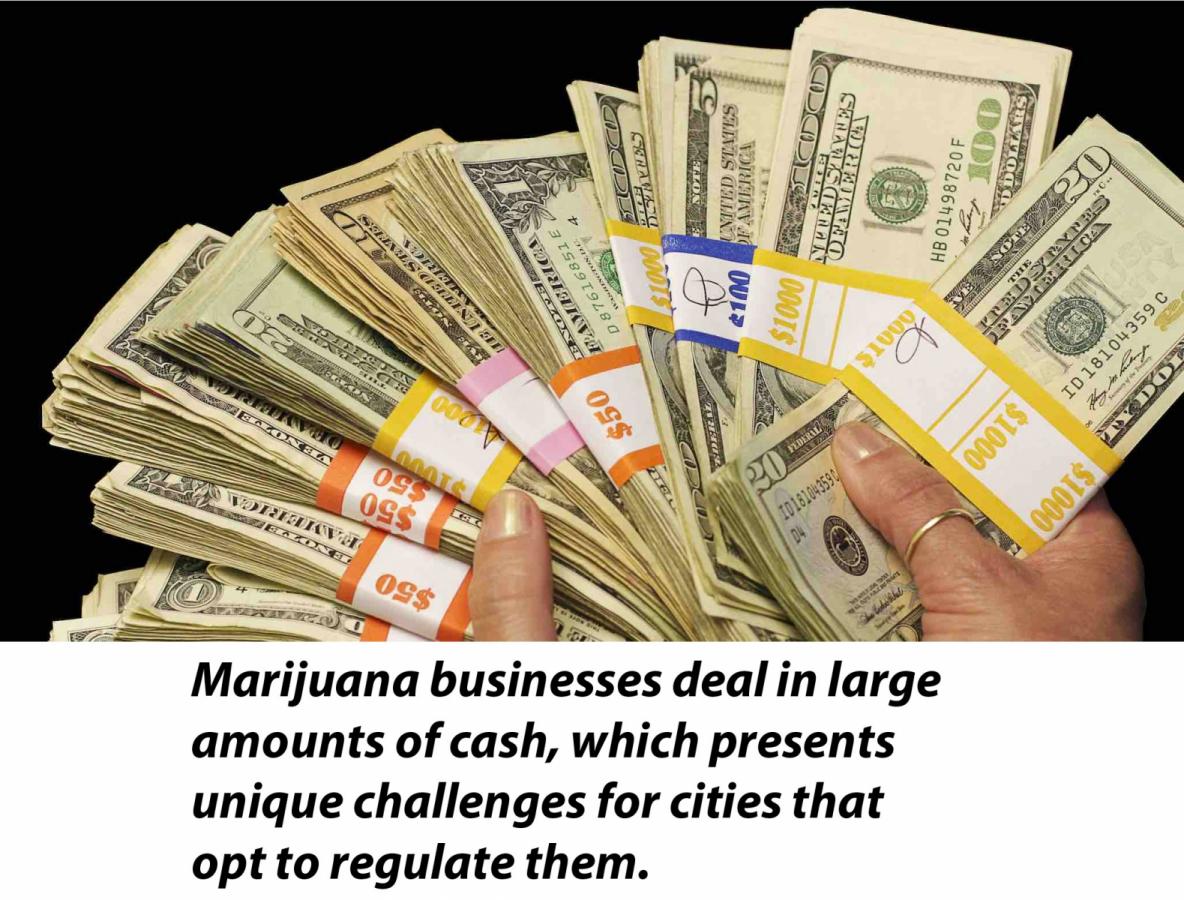 Cities that opt to regulate medical or recreational marijuana businesses should have a procedure in place for receiving and depositing large all-cash payments from them. This must include making appropriate security arrangements for payment of annual business license fees and tax payments. It may also include surveying local financial institutions to see which ones are willing to accept money from marijuana businesses. Credit unions may be more receptive than banks, but they too are regulated by a federal entity, the National Credit Union Administration, and may be reluctant to take any action that could be perceived as violating federal law or regulations. (For more information, read “Why Banks Don’t Serve Marijuana Businesses”).

In the coming weeks and months, there will likely be at least one major piece of legislation that seeks to reconcile the MMRSA with Prop. 64. As noted earlier, the League will push for a provision that requires evidence of local approval as part of the application process for recreational businesses. Many other issues will be raised, including defining terms such as “ownership” and “premise,” establishing limits on cultivation acreage, and deciding whether to impose a requirement for independently owned distributors who will ensure the collection of the state excise tax, oversee product packaging and verify product testing.

Finally, it should be noted that the result of the 2016 presidential election places the implementation of Prop. 64 in doubt. It is not yet clear whether the next U.S. attorney general will make enforcement activities against recreational marijuana a priority in the states that have legalized it. The only certainty as Western City goes to press is that bipartisan consensus remains intact in Washington, D.C., on the issue of continuing to deny funding to federal enforcement efforts against medical marijuana. For that reason, depending on the federal government’s actions under the Trump administration, California could see a resurgence in medical marijuana in the coming months, and all efforts to move forward with the implementation of recreational marijuana legalization could be on hold indefinitely.

The League will keep its members apprised of the latest developments as the legislative session progresses. For more information, visit www.cacities.org.

Testing Facilities. In accordance with both the MMRSA and Prop. 64, testing facilities should not be engaged in any other activity.

Manufacturing. Until recently, all forms of butane extraction in California were illegal. (Butane extraction is a process used to create a concentrated product containing large amounts of THC, the intoxicant in marijuana.) Consequently many cities were unwilling to issue permits for manufacturing of any kind and, in some cases, those that did saw those facilities swiftly shut down by law enforcement.

AB 2679 (Cooley, Chapter 828, Statutes of 2016) is a new law that addresses this problem by clarifying specific requirements both for a legal form of butane extraction and for extraction using nonvolatile solvents. This clarification is important because the MMRSA clearly anticipated extraction operations would occur as part of manufacturing activities. The League and the California Police Chiefs Association supported this legislation after confirming that the California Fire Chiefs Association was not opposed to the bill.