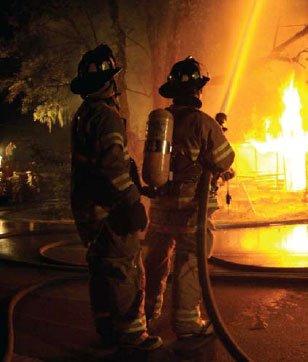 What You Need to Know About Regionalizing Public Safety Responsibilities

Many public safety agencies have implemented layoffs and furloughs due to the severe fiscal restraints of the current economic downturn. Nevertheless, at some point staff reductions can undermine public safety. Consequently some agencies are exploring alternate cost-saving measures. One option receiving increased attention is regionalizing public safety services by consolidating, contracting or sharing services with neighboring agencies.

Regionalization can yield both short- and long-term cost savings through economies of scale. For example, agencies may spread overhead costs across larger operations, increase purchasing power to obtain better deals on equipment and services, and reduce the need for expensive capital improvement projects. Better still, service levels may improve; for instance, response times may be shortened by eliminating previous service-area boundaries.

However, as the saying goes, anything worth having comes with a price. Regionalization is not easy and involves many challenges to consider and overcome. This article identifies some of the issues public agencies must address before making a final decision to regionalize services.

Conduct a long-term financial analysis. Without long-term, significant cost savings, regionalization is likely to be a non-starter. Request proposals from your county, district and neighboring agencies, and then have your Finance Department or a third-party consultant conduct a thorough financial analysis to determine the fiscal impact over five to 10 years.

Conduct an initial legal assessment. In some jurisdictions, the local municipal code, city charter or a memorandum of understanding may severely limit — or even prohibit — consolidating, merging or sharing services with another agency. Your agency’s legal counsel should be able to determine whether such limitations exist and provide advice regarding ways to overcome them.

Think incrementally. The neighboring agencies of Arroyo Grande, Grover Beach and the Oceano Community Services District incrementally implemented the consolidation of fire services (for more information, see ”Consolidating Fire Services: Arroyo Grande, Grover Beach and Oceano Community Services District Take a New Approach“). Incremental implementation mitigated concerns about the local loss of control and identity, which is a very real phenomenon that can threaten the success of a consolidation. Moreover, incremental steps allow time to build interpersonal relationships between the involved agencies. Mutual trust is critically important, especially in the public safety context where one employee may have to save another’s life. If possible, consider forming a finite joint training and/or mutual aid agreement first and evaluate the outcome before moving on to mergers of equipment, finances and employees.

Many preliminary discussions will concern operational issues (not necessarily subject to the negotiation obligations discussed later), such as: Will staffing levels remain the same? Will employees remain on their beats? What will be the chain of command? Whose uniform and badges will be worn? How will employees be trained on new equipment? Will police officers be able to keep their firearms?

If potential opponents believe that their opinions were considered early in the process, the journey toward regionalization can be much smoother.

Bargaining Over the Decision and Its Impacts

Regionalizing public safety services raises numerous legal issues. Collective bargaining over the terms and conditions of employment, if required in your jurisdiction, can be one of the most complicated components of regionalization.

For example, in California under the Meyers-Milias-Brown Act, if reducing labor costs is the motivation for consolidating services, the decision is subject to negotiation with the affected labor union(s) before making a final decision.1 After deciding to consolidate, an agency must still bargain with represented employees over the impacts of the decision. The ultimate resolution of these bargaining processes is sometimes articulated in a collective bargaining agreement called a transitional memorandum of understanding (MOU) that, depending upon the bargaining unit and the complexity of the merger, can range from a relatively short document to a very involved one.

The issues to be negotiated may include:

Employment transition date. There should be a designated date and time when the agency lays off represented employees and the successor employer hires them. The document should specify that all of the former agency’s obligations will cease and that employees will no longer have any rights or privileges with the former employer other than those enumerated in the transitional MOU.

Salary and rank placement. An employee’s salary and rank at the original and successor agencies will usually be comparable. If the original agency pays higher wages, reducing wages may be part of the savings produced by outsourcing. It is also possible to hold wages constant for transitioning employees at the higher level until the successor agency’s wage scale increases, a practice called “Y” rating.

Accruals. Vacation and compensatory time-off accruals are an employee’s property and can be paid out immediately, converted into a savings account and/or used to buy accrual banks with the new employer. The conversion of sick leave accruals, if any, will depend upon the policies in place and the agreement of the parties involved.

Bargaining unit. Employees will typically transfer to the bargaining unit representing the comparable employees at the new agency.

Probationary status. Depending on the agreement, employees transferring to the new agency may either be required to serve a probationary period or given “for cause” permanent status.

Reasonable accommodations. A disability accommodation that is reasonable for one employer may not be reasonable for another. Employees should execute separate medical information waivers before the new employer obtains them. A disability retirement may be required if the employee cannot pass the physical or psychological exam. It is helpful to have an agreement between employers about who will bear that cost.

Reinstatement. Employees may be guaranteed reinstatement with their former employer if the consolidation fails or the contract with the new agency ends without renewal.

Agencies searching for an alternative to reducing public safety staffing should carefully consider regionalization. With proper planning, discussion with all stakeholders and the sacrifice of personal interests in favor of the greater good, regionalizing public safety responsibilities can benefit everyone involved.