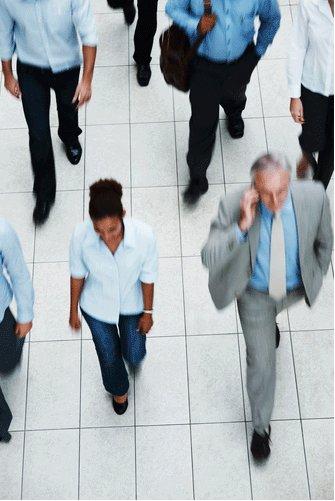 What You Should Know About Hiring CalPERS Retirees

Richard Padilla is a partner at Olivarez Madruga, P.C., and can be reached at rpadilla@omlawyers.com.

Joaquin Vazquez is an attorney with Olivarez Madruga, P.C., and can be reached at jvazquez@omlawyers.com.

The “Great Recession” has forced many cities to undertake significant staffing cuts, often achieved through a combination of layoffs, attrition and early retirement incentives. The departure of employees, especially senior employees, has depleted cities of experienced staff possessing valuable institutional knowledge. To bridge staffing needs while budgets recover, many cities have looked to their recent retirees, the great majority of whom have retired under the California Public Employees’ Retirement System (CalPERS).1 While hiring CalPERS retirees brings continuity and stability, failing to recognize and comply with requirements of the CalPERS statutes can result in unintended adverse consequences for both the city employer and the retiree.

Violation of the eligibility requirements incurs significant consequences. For the retiree, violation means:5

For the city, violation means:6

Accordingly, getting it right is critical to both the city and the retiree.

Exceptions to the Reinstatement Requirement

The first hiring approach for retirees allowed under the PERL is described in Section 21221(h), which authorizes appointments to existing yet vacant positions on an interim basis when:

The second approach, described under Section 21224, authorizes finite but potentially long-lasting work engagements required to address unplanned or irregular work needs under one of the following circumstances:

People who have retired before reaching the “normal retirement age” are not eligible for employment under Sections 21221(h) or 21224 for a period of 60 days from the date of their bona fide separation of employment. In addition, CalPERS member cities may not hire a retiree under Section 21224 if the retiree has collected unemployment during the 12 months preceding the appointment.

Although the wording of Sections 21221(h) and 21224 strongly imply that appointments made under their authority are not intended to continue indefinitely, both statutes allow the appointments to be extended for successive fiscal years — subject to the cap of 960 hours per fiscal year — with no clear limit on the number of extensions allowed. Precisely when successive extensions for a specific appointment will cause the appointment to lose its non-permanent character is unclear, even with recent clarifying amendments passed by the California Legislature and attempted clarification by CalPERS in its Circular Letter No. 200-002-12 issued Jan. 26, 2012.7

The current versions of Sections 21221(h) and 21224 are the product of two legislative “clean-up” efforts carried out via AB 1028 (effective Jan. 1, 2012) and SB 1021 (effective June 28, 2012). The enactment of AB 1028 generated some confusion among member agencies, which CalPERS attempted to address through the circular letter.

SB 1021 added an hourly compensation formula to Sections 21221(h) and 21224. People hired under either statute must now be compensated the equivalent of an hourly rate no more than the maximum monthly base salary paid to other employees performing comparable duties, divided by 173.333 to equal the hourly rate. The base salary used for the calculation must be as listed on a publicly available pay schedule. SB 1021 also clarified that people hired pursuant to either statute may not receive benefits, incentives, compensation in lieu of benefits, or other forms of compensation in addition to the hourly pay rate.

On the subject of work hours, SB 1021 added language emphasizing that if a retiree works for multiple CalPERS member agency employers over the course of a single fiscal year, the hours worked for each of the various employers will count cumulatively toward the limit of 960 hours per fiscal year.

SB 1021 also deleted the word “temporary” from the text of Section 21224. The word had been added under AB 1028 earlier in the year to emphasize the non-permanent character of Section 21224 appointments, even though the statute already referred to such appointments as being of “limited duration.” Although the circular letter pre-dates SB 1021, its description of the type of work contemplated under Section 21224 remains insightful. In describing “limited duration” engagements of retirees possessing “specialized skills,” the circular letter contemplates situations and assignments such as the elimination of work backlogs, “special projects” and work in excess of what the employer’s permanent employees can do.

While SB 1021 resolved some issues in interpreting Sections 21221(h) and 21224, further clarification of the statutes may still be needed for cities that hire retirees:

The passage of SB 1021 offers some clarity on certain questions raised by AB 1028 and the circular letter but leaves other questions unanswered. Cities will no doubt welcome further guidance from either CalPERS or the Legislature on interpreting Sections 21221(h) and 21224.

[1] According to CalPERS 449 of California’s 482 cities contract with CalPERS to manage their employee pensions.

[3] Gov. Code Section 21220. References are to the Government Code unless otherwise noted.