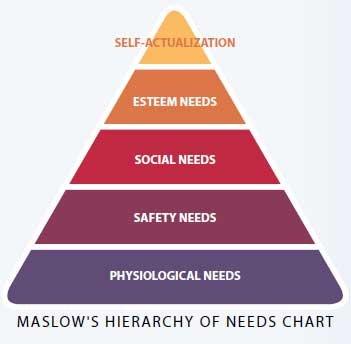 What’s the Measure of a City’s Success?

Riverside Mayor Ron Loveridge and I recently participated in a panel discussion about Governor Brown’s illegal proposal to eliminate redevelopment agencies and divert the funds to finance the state budget. In his defense of redevelopment, Mayor Loveridge (who is also a past president of the League and the National League of Cities) made the excellent point that city leaders’ number one job is to help make their city economically successful. He explained the importance of redevelopment in creating jobs, removing blight, reducing crime and fire hazards and enhancing the overall quality of life.

Because most of the observers of the panel discussion were not city officials, Mayor Loveridge’s assertion that economic development is city officials’ number one job may have struck them as odd. Most non-city officials often think that city officials are focused on public safety, water, parks, libraries, trash removal and so on. They do focus on those things, of course, and many of their communications with constituents are related to these services. However, it might surprise many city residents to learn that city officials are also thinking about and planning how to build a stronger local economy.

The reason for this emphasis on a healthy economy is very simple. Its importance for cities is perhaps best understood when viewed in the context of psychologist Abraham Maslow’s hierarchy of needs. Maslow developed this concept in 1943 to explain human motivation, and it is often shown as a pyramid (see above right), with physiological needs — what we need for human survival (air, water, food, shelter and clothing) — being the most basic. Not surprisingly, these are the needs that are best met with the most basic economic requirement — a living wage from a decent job. That’s why having the right jobs in the right location means so much to city leaders.

It also means that city leaders often view everything they do through a filter of whether it affects the supply of jobs that pay a living wage in or near the city. People with jobs pay taxes that finance a wide range of essential public services, which help meet their safety needs and other needs further up the pyramid’s hierarchy. Employed city residents pay taxes that finance services from the federal, state and local governments for both the employed resident and those who are less fortunate.

Harvard Professor of Economics Edward Glaeser supports this perspective in his new book Triumph of the City. Glaeser argues that cities are essential to economic success and innovation because they attract talented workers, offer the opportunity for face-to-face interaction and competition among these workers and provide social and economic mobility for those who engage and succeed. He also makes the case that cities are good for the environment by reducing the human footprint on land, the number of vehicle trips and the attendant carbon emissions associated with living in a less dense setting.

So if city leaders seem passionate about what redevelopment can do to create and retain quality jobs in their city, you understand they came by it rationally, legitimately and justifiably. As we are often reminded, employed people need fewer public services and tend to provide their own housing. Similarly, redeveloped neighborhoods have less crime and fewer 911 calls, generate more revenue to pay for quality public services and provide opportunities to meet our other psychological needs for social interaction, self-esteem and, ultimately, self-actualization.

Cities are the most human of institutions, and their success is tied inextricably to their economic success. No further explanation is needed for why redevelopment is the most important economic development tool in our state and critically important to the success of city leaders in providing for their residents. We hope our state partners will come to appreciate that it is of equal importance to the success of our state — because, as we know, you can’t have a strong state economy without strong local economies.