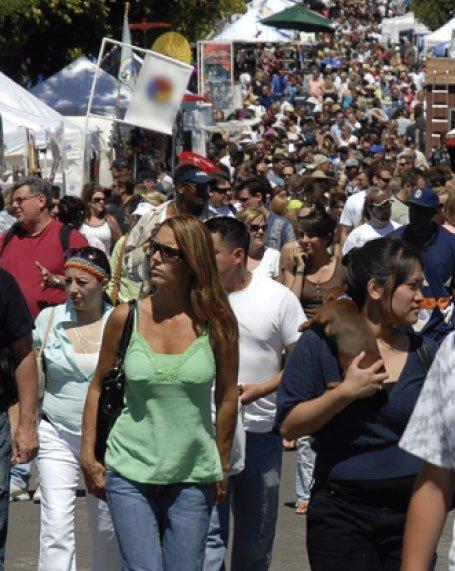 What’s at Stake for Your City in the 2010 Census

The 2010 U.S. Census is right around the corner, and it will have an enormous impact on our cities and communities in the coming decade.

Ensuring an accurate census count of residents must be an urgent priority for local officials from now through April 1 — Census Day. If California’s population is undercounted, our cities and counties stand to lose between $3 billion and $5 billion in federal funding. Just as alarming, if there is an undercount California is at risk for losing congressional representation for the first time in its history.

The state loses an estimated $1,300 every year for 10 years for each person who is not counted.

For city officials, doing some work in the next couple of months to ensure a complete count will make your job easier in the coming decade. By working with local organizations to spread the word among the people who are harder to count, you can increase the chances that they will participate in the census and be counted.

And who is counted is just as important as how many are counted. It’s more difficult to count lower-income people than wealthy people, and a disproportionate count of those with higher incomes will generate misleading, inaccurate data about average income. Because funding for important education and health programs is based on average income, it’s critically important to count the less affluent, hard-to-count (HTC) populations.

Ditas Katague, director of Census 2010 for the Governor’s Office of Planning and Research, notes that the 2010 census  has only 10 questions — unlike the 2000 census, which used a long questionnaire. The 2010 form should take just a few minutes to complete.

Working with community groups, local organizations and the faith community is a vitally important component of the effort to get a complete count. Katague says that the 2000 census demonstrated the importance of targeting HTC populations in their own language, and local organizations that serve these groups are ideally positioned to help deliver the message about the importance of participating in the census. She says that for many HTC groups, being encouraged to participate by trusted members of the community — who speak their language and come from their culture — makes the process much easier and gives credibility to the information being presented.

Confidentiality is a major issue, and many people are distrustful of government and reluctant to fill out forms that ask for personal information. It’s important to reassure residents that the information collected by the census is confidential and cannot be used to harm them. By law, the census bureau cannot share an individual’s answers with anyone, including welfare and immigration agencies, and census workers take an oath to protect the confidentiality of census responses.

In HTC communities, the U.S. Census Bureau will open Questionnaire Assistance Centers in places identified by the California Complete Count Committee. Federal census employees will help residents at these centers. While there will be 59 written language assistance guides available at the centers, there are more than 100 languages spoken in California. The centers will be open from March 19, 2010, through April 19, 2010.

Legislative offices have maps detailing the locations of the HTC areas in each district and information on where the Questionnaire Assistance Centers are located and how to obtain forms in other languages. Legislators are reminding constituents at district events to fill out their census forms and that the census is confidential and necessary for the funding of schools, health, transportation and senior services.

It’s vitally important for local officials to reach out to their community and engage local organizations in getting the message out to HTC groups. Grassroots organizing efforts are being driven by the California Complete Count Committee and funded by private foundations. Local officials can access census-related resources and tools tailored for cities online at www.ca-ilg.org/census and www.californiacompletecount.org. Additional information is available at http://2010.census.gov/2010census and http://twitter.com/cacensus2010.

Take advantage of these helpful online tools as you work with your community to ensure a complete census count. California’s cities have a great deal at stake, and your efforts today will make a significant difference for our communities in the coming decade.

February–March 2010: Census questionnaires are mailed or delivered to households.

April–July 2010: Census takers visit households that did not return a questionnaire by mail.

The 2000 census found 33.9 million people in California, and the state’s population is expected to exceed 38 million in 2010.