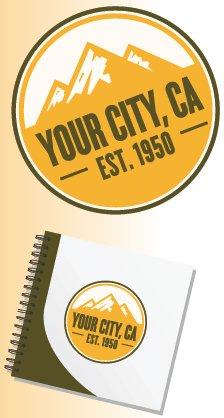 I recently attended a meeting of local officials. During lunch the conversation turned to experiences related to using agency seals and letterhead.

One of the people at the table described a flap over her colleague’s using his title on agency letterhead to express a point of view that did not reflect the perspective of his colleagues or the community. Another person at the table said the same thing happened in his jurisdiction, although the controversy related to a candidate’s use of the agency seal during a campaign.

In both instances, neither agency had policies in place on this issue.

We haven’t had issues like these in our jurisdiction, but might it be wise to get more structured about these kinds of issues in our agency to avoid the headaches my lunch companions described?

Addressing such issues prior to a controversy can indeed be a good strategy. It avoids the appearance of “calling out” someone who may have concluded the lack of a policy means that “anything goes.” Another consideration weighing in favor of having an agency policy is the fact that technology makes it fairly easy for anyone to gain access to aspects of an agency’s official identity. Web browsers and scanners can capture or copy agency seals, logos, letterhead and similar items.

Restrictions on the use of an agency’s seal are common. Such policies tend to give the agency’s custodian of records (for example, the clerk of the board of supervisors or city clerk) custody of the agency’s seal1 and create penalties for unauthorized use.2 Some codes create a broader category of agency “insignia” that includes the agency’s website banner and logo.3

Agencies also have the option of taking steps to protect their seals, logos and other insignia through federal,4 state5 and common-law6 processes related to service marks.

Some policies include affirmative statements limiting the use of either the agency seal or insignia “for purposes directly connected with [the agency’s] official business.”7 Some also create processes for approving other uses by the agency’s governing body or a designated individual.8

The standards an agency uses for determining who can use agency insignia — and when — can also be key, as one agency that had a liberal policy discovered. The agency allowed news organizations to use its seal, but then limited that policy when a blogger critical of the agency used the seal. The blogger successfully sued to be allowed to use the seal, on the theory that the agency was withholding permission based on its disagreement with the blog’s message.9 (Content-based decisions on whether to allow someone to use a public resource can present First Amendment issues.)

Finally, some agency policies prohibit using mock-ups of the agency’s seal. The purpose of such policies is to prevent people from using altered versions of the agency’s identity with the intent of causing those who may be unfamiliar with the agency’s logo or seal to believe it came from the agency.10 Such prohibitions also enable the agency to discourage such practices by creating penalties for such uses.

Use of Agency Letterhead and Other Stationery

Agencies differ on the extent to which public officials have access to and use of agency letterhead and staff for preparing individual correspondence.

A key parameter to keep in mind is that California law prohibits use of public resources for either personal or political purposes.11 Such prohibitions restrict local agency officials from using agency stationery, printing or photocopying equipment, and staff time to prepare and/or distribute documents that are personal or political in nature.

An example of “personal” use of public resources would be using agency supplies, equipment or staff time to support one’s business endeavors.12

Similarly, using such resources to advocate on behalf of or against a candidate for public office or a ballot measure would be an example of a “political” use of a public resource. See “Special Issue: Use of Agency Insignia in Elections”  below for more information.

There can be room for disagreement over what constitutes “personal” use of agency stationery. For example, would writing a letter of recommendation for someone who has not worked for the agency be “personal” use of public resources or part and parcel of being a public figure in the community? Another murky area could be letters expressing personal (as opposed to agency-adopted) positions on policy issues.

Local agency policies can provide guidance to local officials, staff and others on such questions. Restrictions on the use of agency logos and letterhead also give the agency leverage in the event someone tries to pose as the agency in communications.

Some provide agency officials with stationery that makes it clear, from both their wording and format, that the correspondence is coming from an individual.

The use of one’s title as a public official can create similar policy issues. Some agency codes of ethics address this issue. For example, the City of Santa Clara’s Code of Ethics and Values allows its officials to use their title only when conducting official agency business, for information purposes, or as an indication of background and expertise; the code also encourages its officials to carefully consider whether they are exceeding or appearing to exceed their authority.13

Putting It All Together

Examining how other local agencies handle these issues provides a helpful starting place for determining which approach best serves your agency’s needs. (To submit sample policies for inclusion in online resources, email dfong@ca-ilg.org with links and/or pdfs.)

After adopting policies that best suit your agency’s needs, make sure that officials and others — for example, candidates for local agency office — are aware of those policies. Including this information in newly elected officials’ and candidate orientation packets is a good first step toward that end.

Special Issue: Use of Agency Insignia in Elections

As the question suggests, using agency insignia in election-related communications can create both legal and policy issues.

Using an agency’s logo, letterhead or seal with the intent to deceive voters into thinking the communication is from an agency can be a violation of California election law.14 California law makes it a misdemeanor to use city seals with the intention of creating an impression that a document is authorized by a public official.15 (The absence of parallel language for county and special district seals underscores the wisdom of adopting local protections.)

To avoid questions related to compliance with such restrictions, it is wise to note on the correspondence that the correspondence was not produced or sent with public funds. Other Political Reform Act requirements may also apply — for example, placing the name of the committee or candidate on the outside of the envelope.17

California law also prohibits employees or officers of local agencies from engaging in political activities of any kind while in uniform.18

California law reflects the notion that it is unfair for public officials to use public resources to enhance their visibility and name recognition with potential voters. Consequently, sending mass mailings at public expense is forbidden.19 The Fair Political Practices Commission has defined “mass mailings” as sending more than 200 substantially similar pieces that contain the name, office or pictures of elected officials except as part of a standard letterhead.20

The rules on what constitute a mass mailing are quite complex. Consult your agency counsel whenever sending out materials that contain elected officials’ names, offices or pictures (for example, newsletters). The prohibition also includes some exceptions (for example, legal notices and directories).

Most agencies issue their elected officials business cards or some other form of identification that may be useful from time to time.

However, some agencies issue officials “badges” that look similar to those used by law enforcement officials. This practice has fallen out of favor for a number of reasons. State law forbids anyone from using a badge to impersonate a police officer.21 The issuance of badges has also been the basis of a number of prosecutions and embarrassing incidents involving public officials.

For links to a range of sample policies related to both agency seals and letterhead, visit www.ca-ilg.org/insigniapolicies

Does your agency have sample policies on these issues?  The Institute for Local Government would welcome the opportunity to add those policies to the collection on its website. Please email dfong@ca-ilg.org with links and/or pdfs.

For more information on:

The use of titles, see “The Ethics of Speaking One’s Mind”

The use of badges, see “Badges for Officeholders and Prominent Members of the Community: A Bad Idea”

The California Code is available online at www.leginfo.legislature.ca.gov

[1] See, for example, section 1.6© of San Francisco’s administrative code (“The Clerk Board of Supervisors shall have the custody of the corporate seal.”), available at www.amlegal.com/nxt/gateway.dll?f=templates&fn=default.htm&vid=amlegal:sanfrancisco_ca.

[2] See, for example, section 1.6(e) of San Francisco’s administrative code (“Every person who maliciously or for commercial purposes, or without the prior approval of the Board of Supervisors, uses or allows to be used any reproduction or facsimile of the Seal of the City and County of San Francisco in any manner whatsoever is guilty of a misdemeanor.”), available at www.amlegal.com/nxt/gateway.dll?f=templates&fn=default.htm&vid=amlegal:sanfrancisco_ca.

[7] See, for example, section 1.04.030(a) of the City of Riverside’s municipal code. (“The use of City Insignia shall be for purposes directly connected with the official business of the City of Riverside, its City Council, officers or departments, and for those matters expressly approved by the Mayor and City Council.”), available at https://riversideca.gov/municode/pdf/01/1-04.pdf.

[8] See, for example, section 2.05.030 of Kern County’s code (“Every person who uses or allows to be used any reproduction or facsimile of the seal of the county of Kern, state of California, except county departments for official business, in any manner whatsoever without the written consent of the board of supervisors, or its designee, is guilty of a misdemeanor.”), available at www.co.kern.ca.us (click on “County Ordinance Codes” under Quick Links section). See also Kern County Guidelines for Use of County Seal, available at www.co.kern.ca.us/pio/pdf/use_KC_seal.pdf.

[10] See, for example, Lodi Council Protocols (“The City Clerk is the custodian of the Official City Seal pursuant to Lodi Municipal Code 2.13.010. The City Seal shall not be altered and is to be used only on official City documents.”), available at www.lodi.gov/clerk/aaPDFimages/CouncilProtocols.pdf.

[13] City of Santa Clara, Code of Ethics and Values §1(g), available at: www.santaclaraca.gov/index.aspx?page=406.

(a) Any person who uses or allows to be used any reproduction or facsimile of the seal of the city in any campaign literature or mass mailing, as defined in Section 82041.5, with intent to deceive the voters, is guilty of a misdemeanor.

(b) For purposes of this section, the use of a reproduction or facsimile of a seal in a manner that creates a misleading, erroneous, or false impression that the document is authorized by a public official is evidence of intent to deceive.