Why Home Rule Is the Birthright of California’s Cities

Our federal system of government was designed with a touch of genius, particularly with regard to the sometimes elegant — and at other times unclear — allocation of authority among the federal, state and local levels of government. The U.S. Constitution addresses the balance of power between the federal and state governments, and substantial authority is retained for the states in the 10th Amendment, which reads: “[t]he powers not delegated to the United States by the Constitution, nor prohibited by it to the states, are reserved to the states respectively, or to the people.”

Similarly, the constitutions of the 50 states define the balance of power between the states and their local governments. Each state does it differently, but the evolution of the constitutional framework for this relationship affects the capacity of cities today to govern their own affairs without unnecessary legislative interference.

When California became a state in 1850, municipal governments had already long existed. Many were led by local officials called alcaldes, whose positions were a holdover from Mexico’s rule of California, which formally ended in February 1848.1 Alcaldes embodied the role of mayor, judge and sheriff, at times presiding over regions that today are more akin to counties in size.

In other cases, according to The Constitutions of California and the United States with Related Documents, town councils consisted “of not more than six magistrates (alcaldes), 12 councilmen (regidores) and two clerks (sindicas) … The Americans, after the occupation of California in 1846, revived the alcalde system. Wherever a group of Americans collected, they proceeded to elect an American alcalde who served as an adjuster of disputes and an administrator of the few local regulations.”2

Farther to the north where there was less residual Mexican government influence at the local level (and fewer people until the Gold Rush), cities like San Francisco established a type of legislative assembly more commonly found in the eastern states to adopt local laws that functioned for a period of time. However, in June 1849 American military Governor Bennett Riley called the first California constitutional convention3 and declared these local assemblies illegal.

The 48 delegates to the first constitutional convention in 1849 were born in 22 different states and nations, including Ireland, Spain, France, Scotland and Switzerland. Only seven were born in California, and all seven had Spanish surnames. The 48 delegates brought with them many governmental traditions and constitutional models. The first state Constitution they produced in 1849 gave the new Legislature the exclusive power to establish cities and to enlarge or restrict city powers.4

Under the new Constitution, municipal corporations did not come into existence without formal incorporation approval from the Legislature and governor, which required extraordinary effort and influence. Shortly after the first Legislature met in December 1849, bills were introduced for the incorporation of Sacramento (where voters had approved a city charter two months earlier) and Los Angeles. Governor Peter H. Burnett initially vetoed both bills; he wanted restrictions on the new cities’ taxation powers and a uniform procedure for cities’ incorporation.

The Legislature’s early dominance over cities quickly led to abuses and calls for reforms. For example, the Legislature actually appointed special commissions much like receivers to manage the municipal property and funds of Sacramento, San Jose and San Francisco. The commissioners had the extraordinary ability to disallow or nullify claims against these cities by private individuals. In addition, legislation directed cities to finance the construction of railroads or pay special claims of parties that provided “political inducements” to the Legislature.6

The proposed revisions to the Constitution restricted the Legislature’s power to make gifts of public funds and use tax funds for nonpublic institutions except orphanages and homes for the aging. They also directed the Legislature to regulate the sale of corporate stock, limit the amounts charged by telegraph and gas companies and to impose other limitations on private businesses.8

The convention delegates also were determined to liberate municipal corporations from the legislative micromanagement that existed during the first 30 years of statehood. Relying extensively on Missouri’s state Constitution, which was the first to include “home-rule” authorization for cities, the delegates incorporated those provisions almost verbatim, banned special legislation, prohibited special act incorporations and granted voters the power to adopt “freeholder” charters in cities with at least 100,000 people.9

In addition to these changes, the most significant home-rule element in the 1879 amendments appeared in Article XI, section 11 (now section 7), which provides a general grant of inherent home-rule power to every city — with or without a charter — to “make or enforce within its limits all local, police, sanitary and other ordinances or regulations not in conflict with the general laws.” The California Supreme Court declared later in People v. Hoge (1880) that the drafters’ intent was to emancipate municipal governments from the authority and control formerly exercised over them by the Legislature.10

This amendment finally freed cities from seeking specific state legislation to authorize their legislative acts on traditional municipal matters. Because the state Constitution empowered them to act without the Legislature’s prior permission, cities instead simply had to inquire whether a proposed ordinance “conflicted” with a general state law. Years later the California Court of Appeals described the effect of this amendment: “[t]he Constitution has, by direct grant, vested in them [cities] plenary power to provide and enforce such … regulations as they determine shall be necessary for the health, peace, comfort and happiness of their inhabitants, provided such regulations do not conflict with the general law.”11

Over the past 135 years this significant grant of plenary home-rule authority to all cities (charter and noncharter cities) has been the subject of many California courts’ opinions. What constitutes a “conflict” between a city ordinance and a general state law has at times been a moving target depending on the home-rule views of the individual justices on the California Supreme Court, but the basic analysis is fundamentally unchanged — as demonstrated by the recent case of City of Riverside v. Inland Empire Patients Health and Wellness Center, Inc.

In that 2013 opinion upholding the validity of an ordinance of a charter city to ban medical marijuana dispensaries and cultivation, the California Supreme Court said a city’s traditional land-use authority arises from its inherent police power under Article XI, section 7, and not from a statutory authorization by the Legislature. Further, without a clear indication of legislative intent to pre-empt, the court said it will conclude there is not a conflict. Moreover, a local regulation is not in conflict with a general state law unless it duplicates, contradicts or enters an area fully occupied by general law, either expressly or by legislative implication.12

In 1896 and again in 1914 California voters amended the Constitution to expand cities’ home-rule powers to enact ordinances on matters concerning “municipal affairs” independent of general laws in what is now section 5 of the state Constitution’s Article XI. This additional grant of plenary authority to “charter cities” over municipal affairs includes but is not limited to their police force, conduct of city elections, compensation of city officials and employees, procedures for initiative and referendum, city contracts and financing public improvements. This grant of plenary authority gives charter cities independence from the state except on matters of “statewide concern” (such as traffic and vehicle regulation, eminent domain and so on).

The Rest of the Story

Much legal and political history remains to be written about the home-rule powers of California cities. While city attorneys know the California Supreme Court has not always been consistent in its treatment of these grants of inherent and plenary powers to cities in the state Constitution, the court’s recent decisions in cases dealing with medical marijuana and prevailing wages on city-financed projects demonstrate the continued vitality of these constitutional grants. Cities would be wise to use this authority regularly and refrain from waiting for legislative authorization to act. As indicated earlier, in the absence of a conflict with a general state law, a city council has the same power to enact a city ordinance without state legislative authorization as it does with it. Why would cities fail to use such a fundamental attribute of home rule? 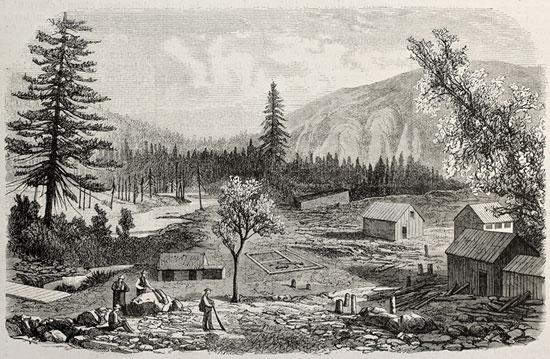 This article appears in the July 2014 issue of Western City
Did you like what you read here? Subscribe to Western City