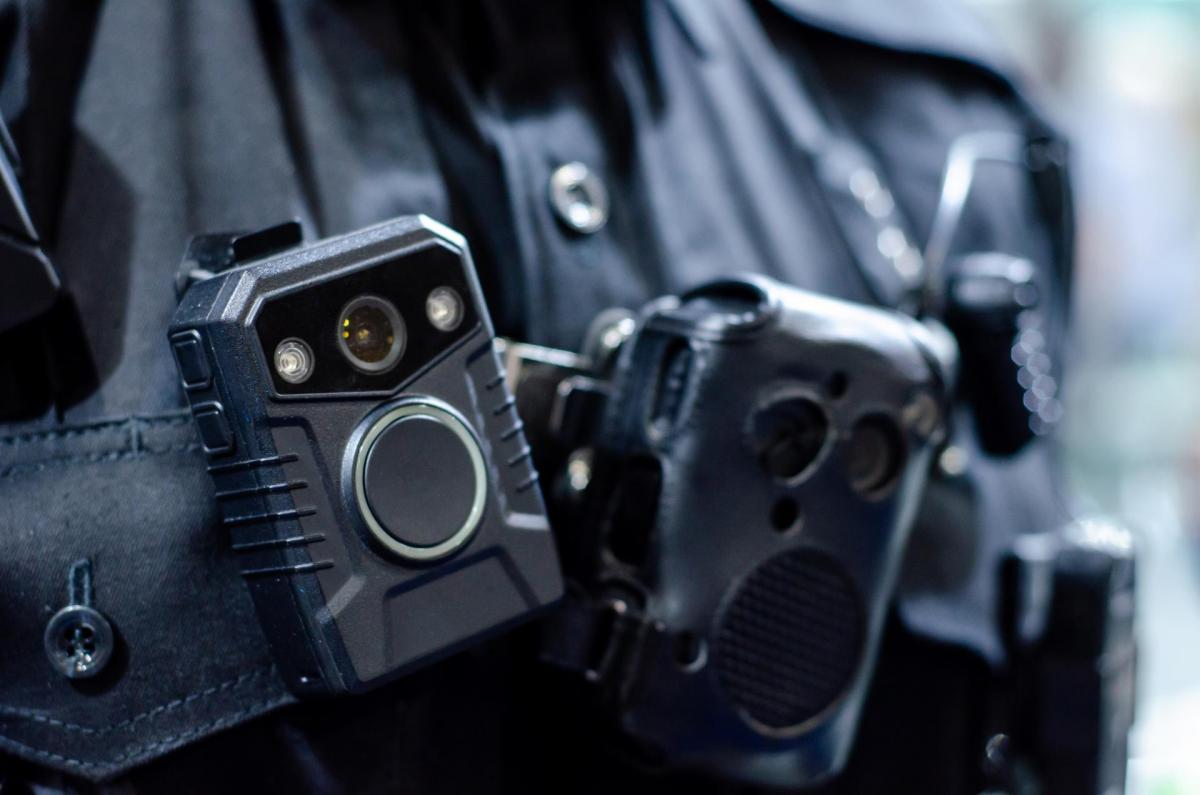 Is your agency prepared for a critical incident recording disclosure?

Donald A. Larkin is the city attorney for the city of Morgan Hill. He can be reached at donald.larkin@morganhill.ca.gov.

Audio and visual technology like body cameras and dashcams have become important tools for law enforcement, both to document police activity and to increase police accountability. According to the U.S. President’s Task Force on 21st Century Policing, these technologies “can improve policing practices and build community trust and legitimacy, but its implementation must be built on a defined policy framework with its purposes and goals clearly delineated.”

In California, public agencies are legally required to disclose all audio and/or visual recordings related to critical incidents involving law enforcement. However, cities of all sizes, even those where critical incidents are rare, can benefit from utilizing audio and video resources to improve transparency and accurately inform the public of critical incidents.

What is a critical incident?

Under the California Public Records Act, there are two types of critical incidents related to the mandatory disclosure of recordings. The first is “an incident involving the discharge of a firearm at a person by a police officer or custodial officer.” The second is “an incident in which the use of force by a peace officer or custodial officer against a person resulted in death or in great bodily injury.”

While the discharge of a firearm is a clear standard, the use of force standard can be more difficult to identify. The term “great bodily injury” is not defined in the Public Records Act. Instead, the term comes from the Penal Code, where it is used to determine sentences for violent crime convictions.

In the Penal Code context, juries decide whether an injury reaches the level of “great bodily injury.” While there is some helpful case law in the sentencing context, there is no clearly defined rule or standard for determining whether a use of force rises to the level of a critical incident due to injury.

When there is uncertainty about whether an injury is considered “great,” it may be useful to refer to the definition of “serious bodily injury” under Government Code section 12525.2.

Each month, law enforcement agencies are required to report any incident in which a use of force by a peace officer results in serious bodily injury or death. The Government Code describes these injuries as those that involve “a substantial risk of death, unconsciousness, protracted and obvious disfigurement, or protracted loss or impairment of the function of a bodily member or organ.”

Since serious bodily injury is already reported to the California Department of Justice, cities may treat such incidents as critical incidents for disclosure purposes and voluntarily produce records in order to avoid potentially costly litigation.

Our agency was involved in a critical incident. What now?

For most critical incidents, demands for information from the public and media will begin immediately. While incident recordings may be delayed to allow or preserve the integrity of an investigation, basic information about the critical incident should be conveyed at the earliest possible time.

“In today’s environment, transparency should not wait until mandatory disclosure deadlines,” said Ken Pritchett, a transparency engagement advisor for Cole Pro Media who assists agencies with critical incident reporting and video release. “When the community is concerned about a critical incident, the timeline may be days instead of weeks.”

Pritchett recommends thoroughly reviewing any audio and video immediately following the critical incident and before a press release or other information is provided to the public. If the information provided to the public is inaccurate or is not supported by the video, it can harm an agency’s credibility later. “The media is keyed in on discrepancies between initial press releases and the video released days or weeks later,” Pritchett said.

How should an agency release recordings of a critical incident?

Agencies are required to release all raw recordings depicting a critical incident. Frequently, agencies will have hours of body camera footage, dispatch recordings, third-party videos, and more. However, few people will have the time or patience to review all the recordings, and a straight data dump without context could cause confusion.

Pritchett advises agencies “to compile the material into a coherent and concise video presentation.” This video “should be free of argument, persuasion, and judgment.”

A well-prepared context video can help build trust with the community by presenting a complete picture of the incident. But a video that looks incomplete, out of context, or ill-prepared can appear subjective or be seen as purposefully deceptive. To be effective, a context video should include all relevant material, with minimal production, allowing the viewers to draw their own conclusions about the incident.

It is also best to release the context video in conjunction with all the raw, unedited footage. This allows for full transparency and allows the media and public to evaluate the fairness of the context video. Pritchett notes this “will satisfy those who demand the raw video but address the reality that most people will not take the time to view it.” 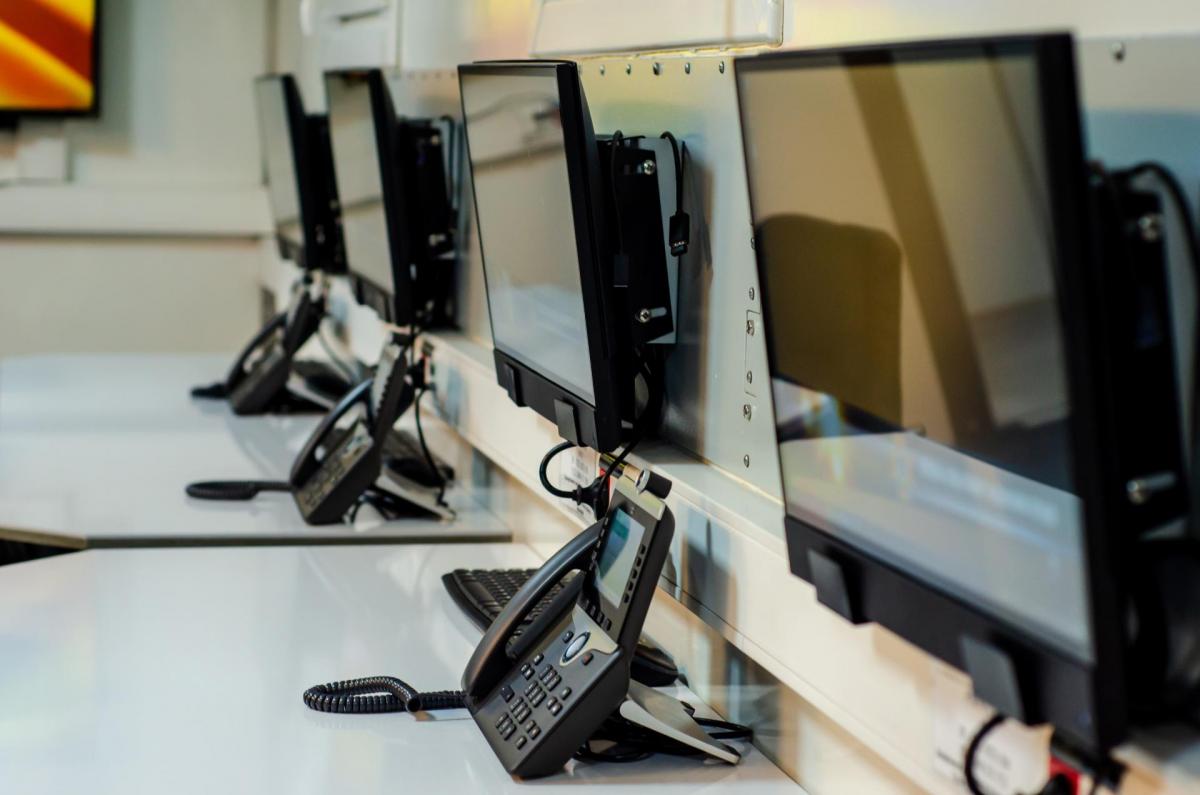 When must recordings be disclosed?

All video or audio depicting a critical incident must be disclosed to the public on request. This includes third-party video in the agency’s possession. Where a critical incident involves mutual aid from other public safety agencies, the primary law enforcement agency will be expected to obtain camera footage from the mutual aid agencies. However, disclosures may be delayed for up to 45 days during an active criminal or administrative investigation into a critical incident.

Agencies may continue to delay disclosure beyond the 45-day period under certain circumstances. If the disclosure would substantially interfere with an active investigation, the agency can delay the release of a video for up to one year. Delay beyond one year is possible, but a longer delay requires clear evidence to support a determination that the interest in preventing interference with an active investigation outweighs the public interest in the disclosure.

If an agency delays disclosure beyond the initial 45 days, the agency must provide a written response to the requester that includes the specific basis for their determination and an estimated date for the disclosure. This written response must be reevaluated and updated every 30 days.

If an agency determines that a recording violates an individual’s reasonable expectation of privacy, and that privacy interest outweighs the public interest in disclosure, the recording should be redacted to remove personal identifiers. However, the redactions should only obscure or remove audio or video as necessary to protect privacy interests. Redactions should not interfere with the viewer’s ability to comprehend the events captured in the recording.

What should agencies do now to prepare for critical incident reporting?

Agencies should not wait for a critical incident to begin planning. Just like any other emergency, preparation is critical. Agencies should consider putting together a team, including command staff, public information officers, and agency counsel. Agencies may also want to consider contacting consultants who can assist with anonymizing personal data, video compilation, and other technical aspects. Roles should be well defined so that when a critical incident occurs an agency can respond quickly.

Because agencies are expected to produce video content in a very short period of time, practice can help agencies understand where they need resources and assistance. “Find a critical incident from your past and treat it as breaking news with a deadline to release information to the public,” Pritchett said. Doing so will highlight areas where you are lacking. It could be personnel, equipment, software, downloading body-worn camera video, media contact lists, knowing the approval process in your bureaucracy, or anything else unexpected.” 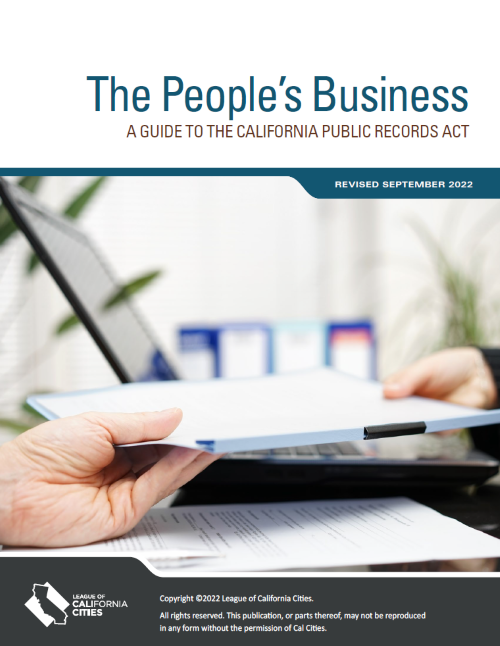 What other information must agencies release?

In addition to recordings of a critical incident, agencies are required to release all written reports — including administrative investigations — regarding the critical incident. The time for producing written reports differs somewhat from the time for producing videos, but in general, agencies are expected to produce reports at the earliest possible time. To ensure compliance, agencies should consult with their legal counsel about disclosure requirements at the earliest opportunity.

Cities can utilize audio and video technology — such as creating critical incident context videos — to comply with the Public Records Act, ensure transparency, and build trust with the public. For more information about the legal requirements and specific code citations, please read “The People’s Business, a Guide to the California Public Records Act,” available for free on Cal Cities’ online resource library.