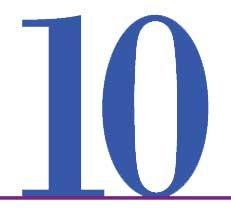 10 New Rules for Elected Officials in Times of Economic Meltdown

Local governments are experiencing permanent fiscal stress that undercuts their ability to respond to the big issues of the day. These rules provide helpful guidelines for local leaders.

Frank Benest, Ph.D., is former city manager of Palo Alto. He currently serves as the senior advisor to the International City/County Management Association for Next Generation Initiatives and can be reached at frank@frankbenest.com. This article was prepared in collaboration with the Institute for Local Government.

This is a challenging new era for local elected officials charged with governing in the midst of economic meltdown.

Typically candidates have run on platforms to make community improvements. Once elected, governing board members have historically enjoyed access to some “slack resources” to respond to ever-increasing community demands. With the economic meltdown, no slack resources exist for new projects. In fact, ongoing budget cutbacks, layoffs and demoralized employees all threaten local government’s ability to deliver services.

A Diminished Capacity to Respond

Local governments are experiencing permanent fiscal stress that undercuts their ability to respond to the big issues of the day. The financial crisis is exacerbated by a talent crisis as a whole generation of Baby-Boomer professionals retire. Elected officials’ policy innovations are futile without staff talent to execute them.

To make matters worse, employees are feeling fearful, pessimistic and even victimized. In a culture of fear, creativity cannot flourish, and consequently local government cannot overcome its problems.

Based on my work with public agencies, I have crafted 10 new rules for local government leaders grappling with the current adverse economic conditions.

To allocate scarce resources, governing boards must first identify core versus non-core businesses or program areas. For example, in one Northern California county, the county manager contacted city representatives to identify core and non-core businesses, with the intent of identifying possible functions that cities might wish to contract out to the county. The two top core functions that cities wished to keep in-house were land-use planning (determining the physical character of the community and promoting economic vitality) and park programming (affecting the quality of life in a community).

Without first deciding on what is core, governing boards may protect public safety programs at all costs and consequently gut the library and recreation services that are also vital to a community’s well-being.

2. Focus on a few priorities.

The governing board as a whole must identify a few priorities (three to five at the most) and then relentlessly pursue those priorities with limited resources. To assist the board in this courageous conversation about hard choices, it is wise to engage a broad range of community groups and thus make the resulting priorities more legitimate and enduring.

When new demands for local government action arise, as they will, the governing board must insist that any new demand replace an existing obligation. When I first arrived in Palo Alto as the new city manager, the department directors identified 39 high-priority projects approved by the council. With the assistance of city management, the council was able to identify and then focus on five priorities. We then hung banners in the council chambers, one banner for each priority. When someone suggested a new priority, the mayor or the city manager could then ask which banner the council would like to remove.

To aggressively pursue a few priorities with shrinking resources, governing boards must help their organizations relentlessly subtract. When I became city manager in Palo Alto, we created a 90-day “Office of Bureaucracy-Busting.” Employees submitted hundreds of ideas to eliminate ritualistic activities that drained resources and provided no added value. Some ideas were simple and easy to implement, such as eliminating quarterly activity reports that no one read or verbatim minutes of commissions. Other ideas were more complicated, such as re-engineering and simplifying the city’s contracting process, which ultimately reduced the time needed to approve major contracts from six months to three.

An organization must “accelerate” so it can effectively pursue a few priorities or respond to new demands in economic hard times. To accelerate, it must subtract.

While governing board members may resist a community group’s demand to immediately respond to some problem with a new service, the board often directs staff to conduct a new analysis or prepare a report. In good times, these kinds of governing board reactions to new demands may mollify constituents making the service request. In bad times, such referrals of nonpriority items to staff simply divert scarce staff resources and undercut the local government’s ability to perform.

Once a governing board identifies core program areas and a few priorities, it must remain focused and help the organization stay the course. Elected officials must have the courage to say “no” when groups make new demands.

To overcome the resource challenges facing local government, governing boards must encourage innovation. Examples include self-service kiosks for certain kinds of permits, selling computer support or other services to adjacent public agencies, or sharing public safety services with other jurisdictions (for more on this topic, read ”What You Need to Know About Regionalizing Public Safety Responsibilities.”

The problem is that local governments are risk averse. In fact, in an economic meltdown, the media, community groups and elected officials jump on any mistake and personally criticize committed staff. In such a hypercritical culture, most employees will hunker down and avoid taking any calculated risks.

Innovation does not occur in a zero-risk environment. Learning from mistakes is a key element in the innovation process. Employees must be encouraged to experiment, test ideas and fix problems and mistakes along the way.

If governing boards do not protect creative and risk-taking employees from abuse, no innovation will occur — regardless of exhortations from the dais.

Local government can no longer be the center of all problem-solving. Elected leaders must put the issue or challenge in the center and work with private, nonprofit and other community partners to address the problem. Elected leaders need to focus on their roles as conveners and facilitators and avoid proposing new direct services.

8. Free up funds for a few targeted investments.

Even in severe budgetary times, a local government must make a few strategic investments to position itself for the future. Consequently, it must “over-cut” to enable investing in areas such as employee development, information technology, critical capital improvements, energy efficiencies and strategic partnerships that address neighborhood violence or promote economic development.

Again, elected officials cannot achieve their policy agenda without the commitment of creative staff. To maximize employees’ effectiveness, it’s important to understand what motivates them. While salary is one motivator, people work for more than just a salary — particularly in the public sector. For many public employees, work-related rewards include the opportunity to contribute to their community’s quality of life, help others and achieve a sense of accomplishment.

As Daniel Pink says in the book A Whole New Mind, “meaning is the new money.” Elected officials should translate their requests to staff in terms of the meaning of the work. For example, board members need to talk about the meaning of a new bike lane in terms of making biking safer and promoting healthy lifestyles. Elected leaders are key translators.

Without talent, the governing board cannot solve the problems facing the local government. In times of severe budget cuts, the local government faces a “free exiter” problem. The “stars” or “A players” of the organization can freely exit and get a job with better pay elsewhere. If they stay, they may look for new opportunities as the economy improves. Employees, especially the “A players,” will stay as long as they are growing and stretching. In fact, learning is the new social glue that holds organizations together.

To support employee development, board members must resist gutting talent development budgets. The good news is that talent development programs are inexpensive. Cost-effective programs include talent exchanges with other agencies, leadership academies or educational webinars sponsored by a consortium of local governments, and interim or rotational assignments.

Certainly, following these 10 rules will not be easy for elected officials. Adhering to the new rules requires focus, discipline and will. Perhaps more than anything, elected leaders must exhibit courage.

Courage has always been a key attribute for leaders. Given the hard choices facing elected officials, courage will become a hallmark of effective governance. Convening stakeholders, starting courageous conversations and engaging all groups in difficult decisions will become the core competencies of leadership.

Elected officials are stewards of our local governments. To help our organizations adapt to change, governing board members must understand the nature of their environment; communicate a new reality to employees, labor unions, community and other stakeholders; and focus on new roles and behaviors. If elected officials adhere to these new rules of governance, their local governments can survive and even thrive in a permanently disrupted world.