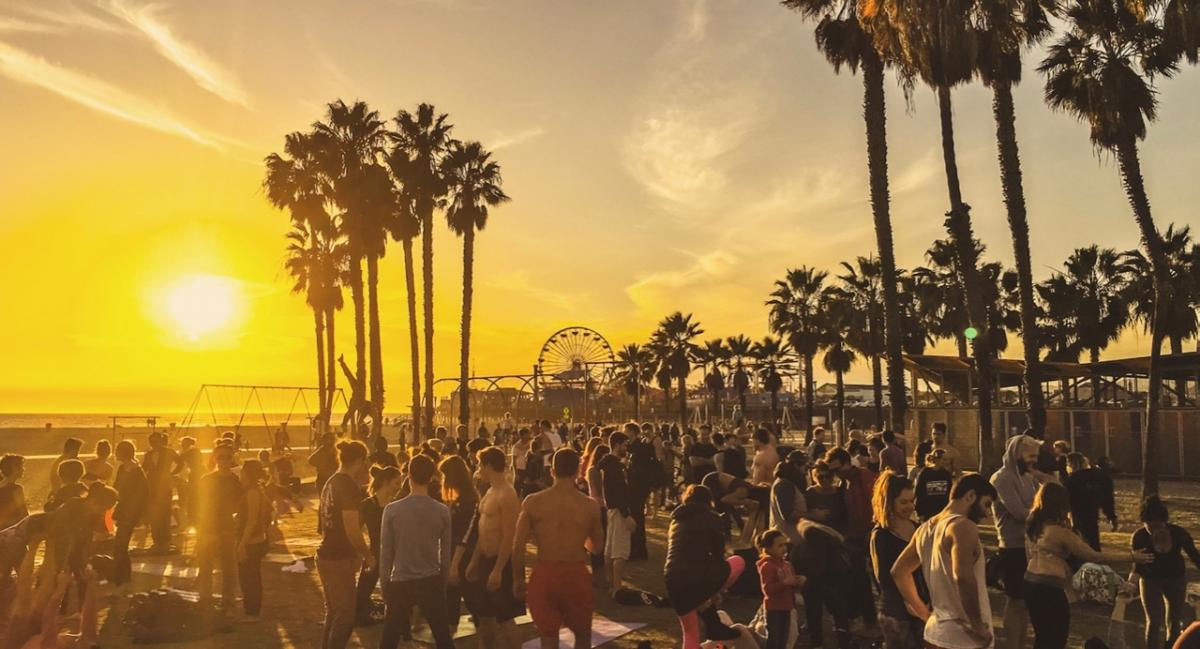 Maria de la Luz Garcia is director of the Census 2020 Initiative for the Mayor’s Office of Budget and Innovation under Mayor Eric Garcetti in the City of Los Angeles and can be reached at maria.garcia@lacity.org.

The U.S. Census dates back to the nation’s very founding. The Constitution requires a full count to be conducted every 10 years of every single individual living in the United States. No matter where you reside, how much money you have, where you were born, what color your skin is, what language you speak, what faith you practice or whether you’re homeless or housed — the federal government must enumerate how many people live here.

In other words, regardless of citizenship status, age, gender, race or creed, everyone must be counted.

This process couldn’t be more important. The number of people in a given city, county or state determines how many representatives speak on behalf of those areas in Congress. This information delineates how districts are drawn ahead of the next election. And it dictates how precious federal dollars are invested in schools, health care, transportation, infrastructure, affordable housing and more.

This sounds straightforward enough, but it isn’t — because some populations are tougher to reach. They include families of color, low-income households, homeless women and men without an address, renters who move on a regular basis and immigrants afraid of the possibility of deportation.

When these people are left behind, they lose out — and so do their cities. And in few places is this challenge greater than in Los Angeles (pop. 4,054,400), the largest city in the nation’s hardest-to-count county.

Under the guidance of Mayor Eric Garcetti, the City of Los Angeles reopened its census office in 2017 to prepare for the 2020 census. Consider the massive stakes of this project and effort. Based on 2010 census data, the State of California received over $115 billion for key health, education and social welfare programs for fiscal year 2016. These funds underwrite initiatives and programs that affect our residents’ daily lives in numerous ways. Even so, L.A. County lost $650 million in funding between 2002 and 2012 because of a significant undercount in 2000. We can’t let that happen again.

L.A. County sends 18 representatives to the House of Representatives in each election, out of 53 total seats from our state. Now consider this: After the 2010 census, California missed an opportunity to gain a seat in Congress — because roughly 13,000 people were not counted. That’s sacrificing real power. We simply cannot afford it.

This challenge isn’t limited to a single city, not even one as diverse as Los Angeles. This is why we’re collaborating with our neighbors in Long Beach and other towns, along with our leaders at the county level, to educate our residents, engage our communities and ensure everyone’s voice is heard.

No one should take this task lightly. There is a reason that “hard to count” is a label bestowed on California as a whole and L.A. County in particular. All told, 16.2 million Californians and 4.1 million L.A. County residents fall into this category, which includes communities that historically may be deterred from completing the census for a variety of reasons. Maybe their English is limited and they don’t know that materials are available in their native language or they’re immigrants with a healthy distrust of government authorities and therefore won’t respond to the questionnaire. Perhaps they are among the many families who can’t access the new digital forms due to limited internet access; for example, only about half of South Los Angeles residents report having broadband access at home.

Whatever the reason, reaching hard-to-count populations will take a collective effort from everyone.

To that end, the cities of Los Angeles and Long Beach (pop. 478,561) are joining forces with Los Angeles County (pop. 10,283,729) to focus on efficient and strategic outreach. We’re sharing resources and delivering a single message in a unified voice across jurisdictional lines. This includes collaborating to identify and reach hard-to-count populations, developing stronger communication strategies, trading mapping data and more — so our jurisdictions work together, avoid duplicating efforts and break out of our “information silos.”

This critical work is well underway. For example, in January 2018, the City and County of Los Angeles convened the first local complete count committee in California. Now known as the Countywide Outreach Complete Count Committee, the group has expanded to include over 150 organizations representing local government agencies, community groups and nonprofits, faith-based organizations, businesses and the philanthropic sector — and it continues to grow.

To reduce the impact of the new digital census, Los Angeles, Long Beach and dozens of other cities along with L.A. County and hundreds of community partners are launching Census Action Kiosks. Located in places like libraries, schools and work-source centers, the kiosks will be a place where people can respond to the census using a computer or talk about the survey with someone who speaks their language.

There’s more on the horizon. Our coalition is recruiting, training and deploying census goodwill ambassadors, volunteers drawn from hard-to-count communities, who are trusted to provide accurate information about the importance of the census. The City of Los Angeles is conducting a pilot program in summer 2019 to ensure a successful rollout later this year.

This is just the beginning. We plan to maintain our momentum every single day from now until the census start date (April 1, 2020) and beyond to ensure a fair, accurate and complete count. That’s imperative for Southern California and our entire state.

We are laying the groundwork for a strong count in 2020 because we refuse to be known as the hardest-to-count city forever. By 2030, we want to be able to point to our experience as a model for future efforts. We hope to become recognized as an innovative community that won’t back down from any challenge, that will persevere and succeed in earning accurate representation. That’s a cause we can get behind, and we hope you’ll join us. Be informed. Be involved. Be counted.

Learn More About the 2020 Census at the Annual Conference

Don’t miss the session on this important topic at the League of California Cities 2019 Annual Conference & Expo, “Achieving an Accurate Census Count: Best Practices for Cities,” Thursday, Oct. 17, from 1:00–2:15 p.m. For location details, see the conference program or the mobile app.

Counting for Dollars 2020: The Role of the Decennial Census in the Geographic Distribution of Federal Funds