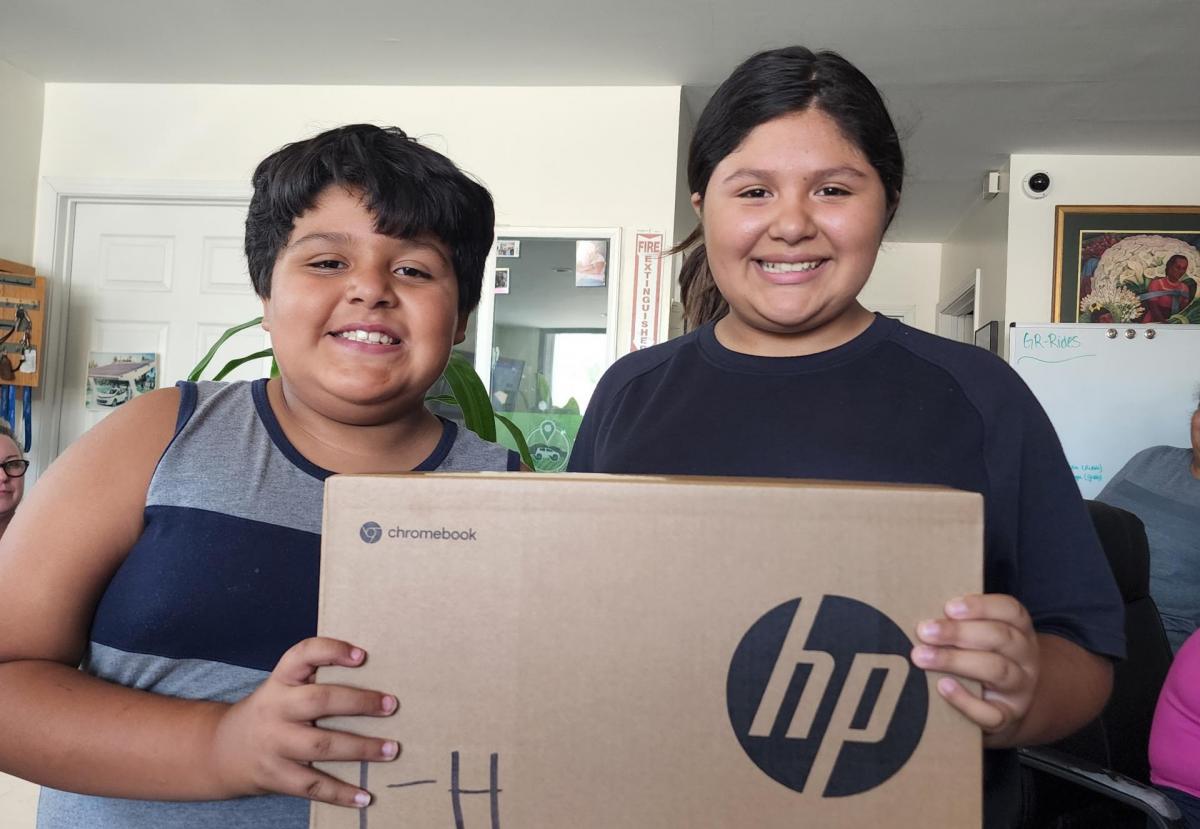 Billions of dollars have been invested in broadband infrastructure, but more advocacy and funding are needed

Jan Harnik is the mayor of Palm Desert and the president of the Southern California Association of Governments. She can be reached at Jharnik@cityofpalmdesert.org

For many Californians, a reliable internet connection is essential for work, doctor visits, access to government programs, school, and other daily tasks. Yet, many households in California still lack access to affordable broadband service or the skills and devices necessary to use it.

A 2021 survey on broadband adoption in California found that nearly 1.25 million households — 10% of the state’s total — remain unconnected to the internet at home due to a lack of service or internet devices. Add in the hundreds of thousands of under-connected households and the total number of California households that are digitally disadvantaged reaches nearly 2 million. 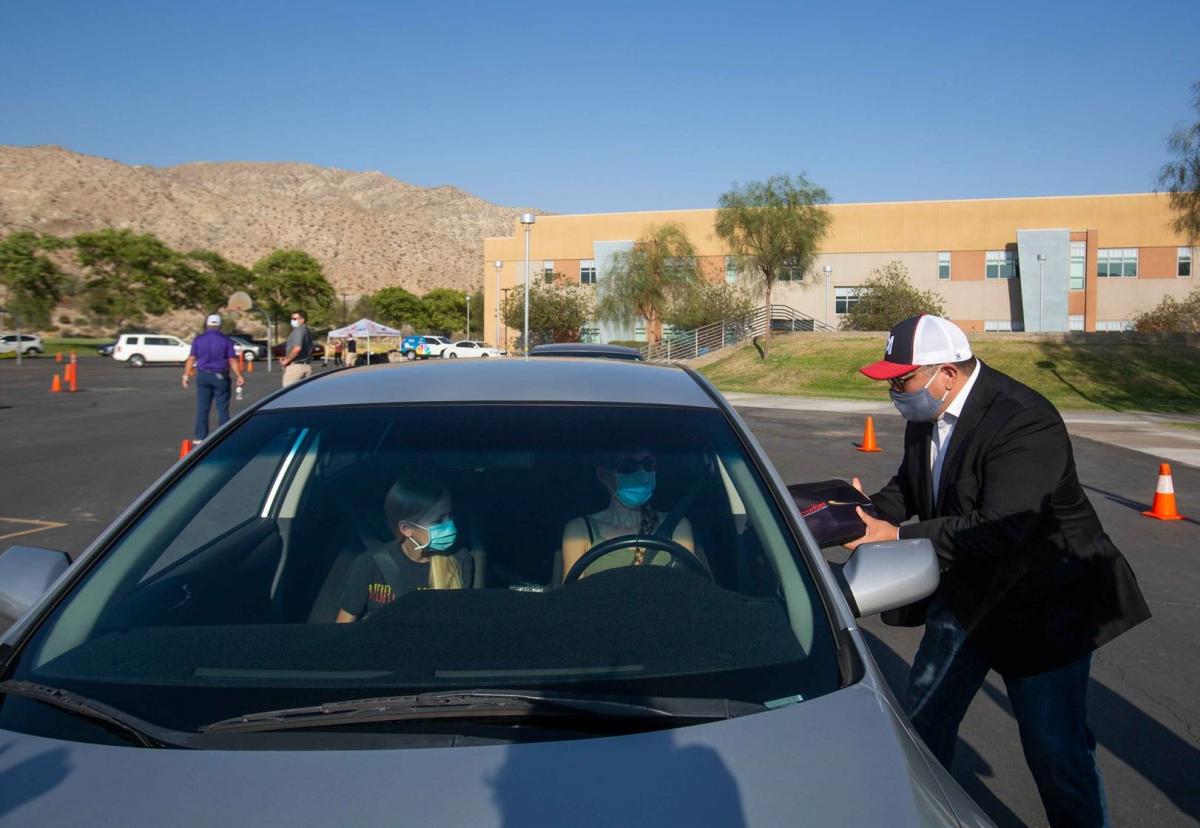 The “digital divide” — the gap between those who have and do not have reliable access to high-speed, high-quality, and affordable internet service or a suitable internet device — is especially challenging for low-income, Black, Latino, and Native American households, as well as seniors and people with disabilities. Rural areas are also underserved, often due to a lack of broadband infrastructure.

Even though digital access to education and healthcare services improved significantly during the COVID-19 pandemic, many Californians were left out. Some households still have limited access to the internet or no access at all; others lack the computers or tablets needed to fully connect to modern society. Additionally, not everyone knows how to securely use smart devices or programs for video calls, online healthcare, banking, or online learning.

A report from the Federal Reserve Bank of Philadelphia found that policies that increase internet and device access could bring nearly 400,000 additional prime-age workers into the labor market in the country’s 25 largest metropolitan areas. Research from the Federal Reserve Bank of Richmond suggests that increasing access and usage in rural areas can lead to higher property values, increased job and population growth, higher rates of new business formation, and lower unemployment rates.

Closing the digital divide is also one of the most effective ways cities and counties can improve the quality of life for their constituents. Better broadband can also create new economic opportunities, enhance emergency communications, and provide more accessible communication channels and services, including access to education and healthcare for historically underserved and systemically marginalized communities. 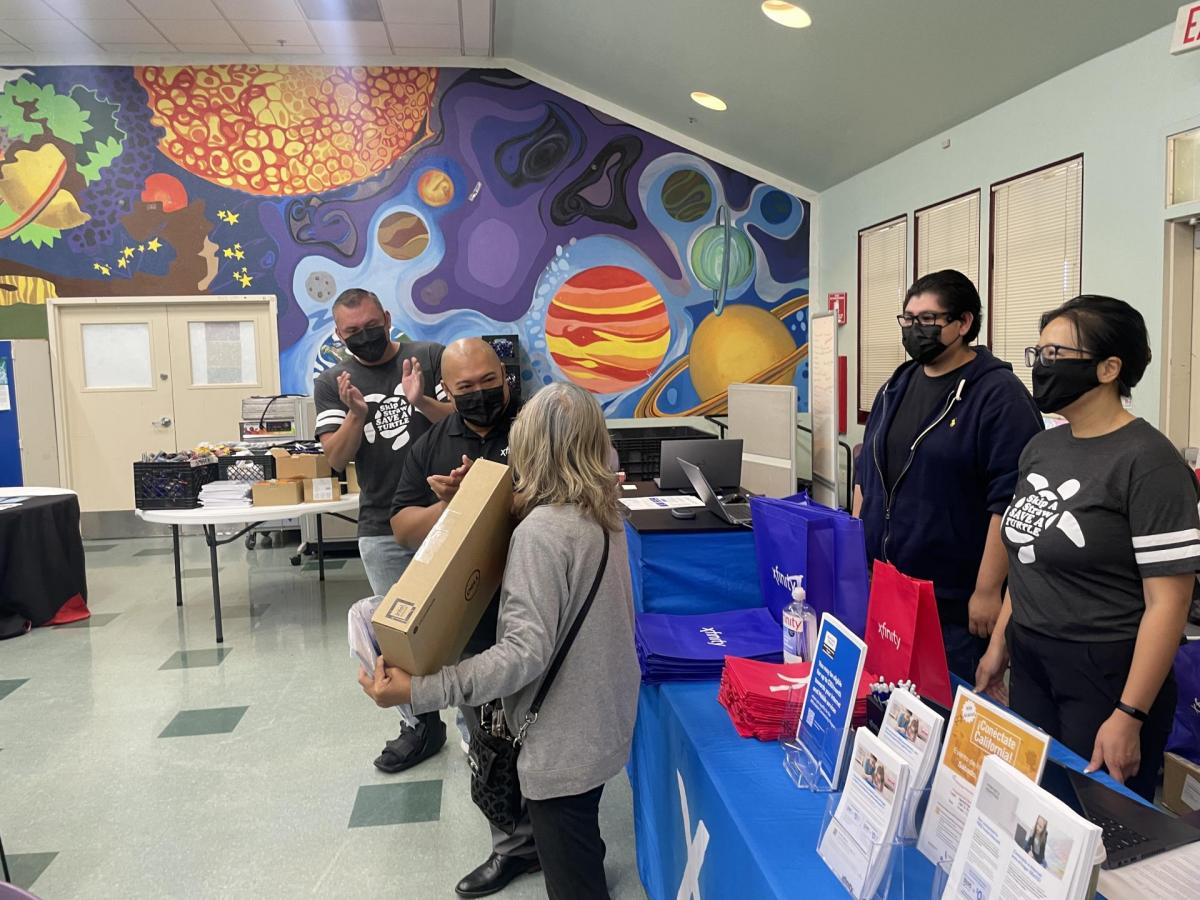 How cities can lay the groundwork for broadband expansion

“The benefits of adequate broadband are life-changing for our communities; therefore, it is paramount that we advocate for swift action to improve broadband infrastructure throughout California for our residents and employers,” said SCAG Executive Director Kome Ajise.

Individual jurisdictions can start by building consensus among public- and private-sector leaders around broadband as an essential public service that contributes to greater equity and opportunities for all. They can also develop comprehensive broadband plans to ensure success both in the short- and long-term.

The city of Oakland, for example, worked with local schools and other community partners to improve access to high-speed internet and internet devices at home for students in low-income neighborhoods. The results are striking: At the start of the pandemic, an estimated 12% of students in low-income areas had access to a device and high-speed internet at home. Today that number is about 98%.

Similarly, city leaders in Sacramento helped deploy free Wi-Fi in city parks. They also collaborated with the United Way and other community-based organizations to provide free broadband access to up to 10,000 Sacramento households affected by the pandemic, particularly low-income households with children and seniors. The city council allocated $1 million for the effort.

In addition to delivering much-needed services to residents, programs like these lay the groundwork for future regional, state, and federal investments by demonstrating a need for, and commitment to, broadband expansion at the local level.

There are also several low-cost ways that any city official can use to improve access to high-speed internet in their community. For example, local officials can use their platforms to develop and disseminate information about the importance of digital equity and aid programs from state and federal partners, such as the Affordable Connectivity Program.

Administered by the Federal Communications Commission, this program provides eligible households up to $30/month (or $75/month on Tribal lands) off internet bills, as well as a one-time $100 discount off a connected internet device.

These efforts can include partnering with internet service providers to develop and implement programs that increase sign-ups. City leaders can also schedule community workshops to present on the issue or work with local chambers of commerce and other community groups to further expand educational opportunities.

One particularly important component needed to end the digital divide is more reliable data on broadband access and adoption. Much of the existing data is unavailable, unreliable, or scattered across multiple organizations. Cities should encourage regional and state agencies to prioritize data collection, cleaning, and consolidation. This is critical to understanding community needs and will help prioritize improvements. 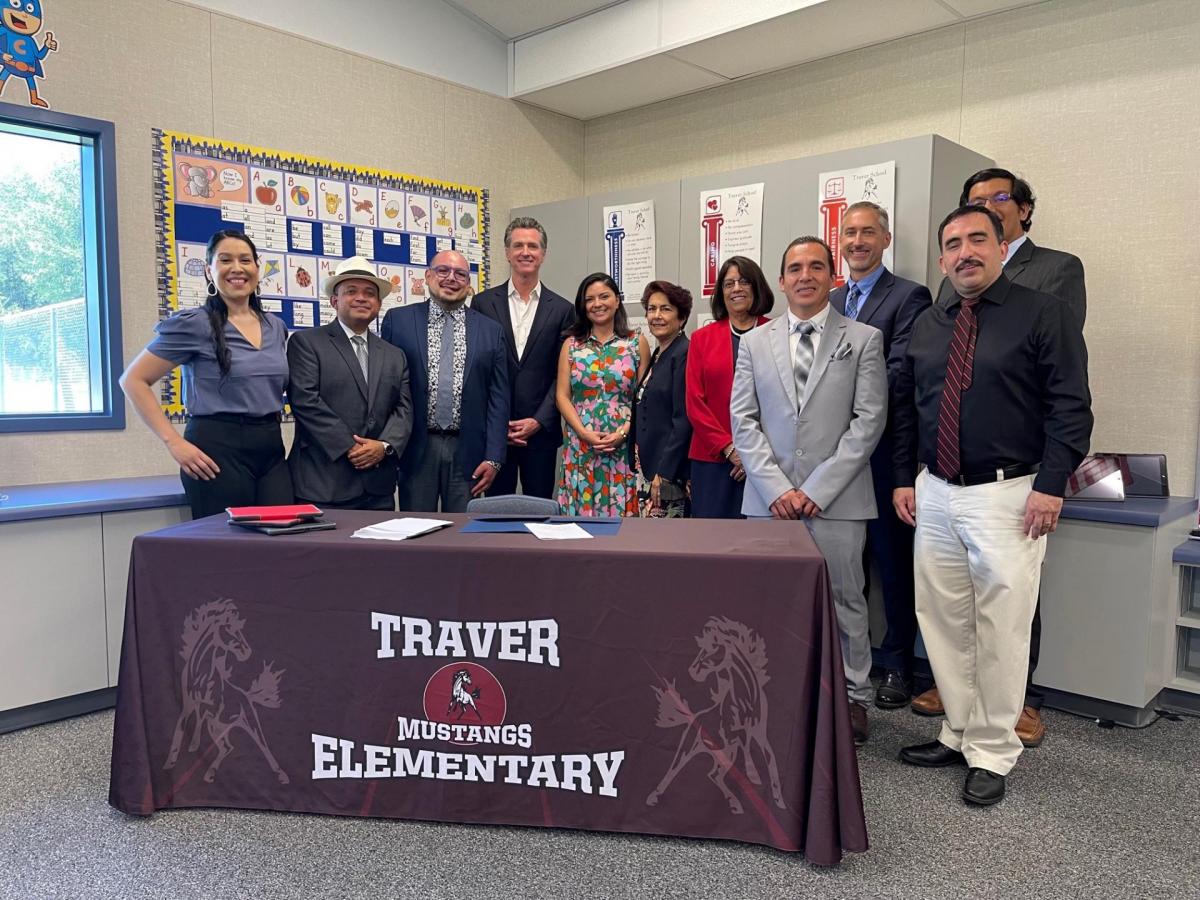 Absent new policies and programs to address the digital divide — including investments in necessary infrastructure — the digital divide will only grow. Fortunately, this issue is receiving serious attention. At the federal level, the recently enacted Bipartisan Infrastructure Law provides $65 billion in funding to expand high-speed internet access.

Information about notable broadband grants and programs is frequently posted on Cal Cities’ Guide to Local Recovery portal. Applications are currently being accepted for the California Public Utilities Commission’s Local Agency Technical Assistance grants, which provide funding to support local agencies in their efforts to expand broadband service to unserved and underserved Californians; $55 million will be allocated for these efforts.

Local and regional governments, along with internet service providers, broadband consortiums, nonprofits, and leaders in business, education, healthcare, and housing have made closing the digital divide a high priority. One of the more unique efforts focused on the issue is the Southern California Transformation Group, an organically convened and broad coalition of leaders representing health, education, business, government philanthropy, and other disciplines. 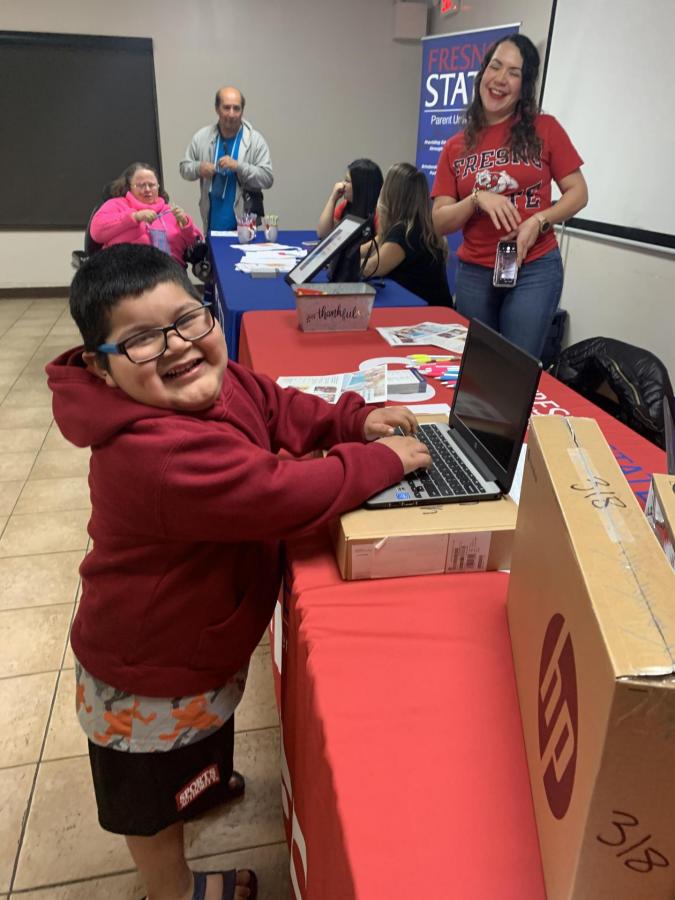 The group has been meeting regularly over the last two years to address broadband connectivity throughout southern California. Its current focus is to support the development of outreach approaches to help achieve a California Broadband Council objective to get 90% of all eligible low-income households connected to high-speed internet by 2024.

That’s a heavy lift, considering that only about 27% of the state’s nearly 6 million households that qualify for the Affordable Connectivity Program are enrolled. August was the first “Get Connected Month” in California, and concerted efforts are still underway, including another campaign in October promoting information about the program, its benefits, eligibility requirements, and where qualifying households can get enrollment help.

These and other promotional efforts, as well as strong public-private partnerships and cross-functional collaboration, will need to continue for many more months for the state to meet the 90% enrollment goal.

Ending the digital divide is a monumental task. It will take consistent funding for state and federal agencies, better data, and collaboration across private- and public-sector groups to close the divide. In addition to advocating for these programs, local governments can help by educating their constituents and businesses about the need for action, and participating in coalitions dedicated to identifying broadband needs and implementing solutions.