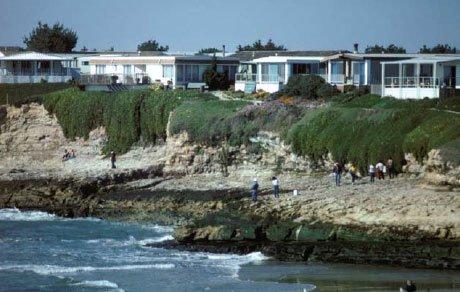 City efforts to protect mobile-home park rent have reached a crossroads. Two recent court decisions — and an unwillingness to address these issues in the state Capitol — pose a significant challenge to the future of local mobile-home rent control ordinances.

More than 100 local jurisdictions, primarily cities, have enacted mobile-home rent control ordinances in California. Some were passed by voter initiative and others through city council action to protect an important source of affordable housing. These ordinances determine the rent and rent increases on the pads where mobile homes sit. Typically a mobile home, also known as a coach, is owned by the occupant but the plot of land where the coach resides in the park is owned by another entity or individual.

Cities play a delicate role balancing the property rights of the mobile-home park owners and the coach owners. Even the mantra of real estate business, “location, location, location,” underscores the need for local solutions. One size does not fit all California cities when it comes to mobile-home rent control ordinances. The economics of mobile-home parks in Capitola are different than those in San Jose — a park next to the ocean may have different market pressures affecting rents than a park in an inland location.

Advocates estimate that approximately 750,000 people in California call a mobile coach home. But these homes aren’t really mobile. Unlike other rentals where an occupant can easily move if the landlord raises the rent, it’s almost impossible for coach owners to move their home if they can’t afford a pad rent increase. When apartment renters move, they must relocate only their personal belongings. Moving a mobile home is much more expensive and difficult.

“The park owner can raise your rent and you can move out, but if you can’t sell or move your mobile home you will lose it,” contends Brian Augusta, a lobbyist with the Golden State Manufactured-Home Owners League (GSMOL), which represents 20,000 members.

Mobile-home park owners, on the other hand, argue that by limiting their ability to set the pad rental fee at a market rate, their investment is damaged. Essentially, they contend that the coach owner profits because of the land rented by the park owner. Park owners are most concerned about vacancy control ordinances (see “Three Flavors of Mobile Home Rent Control Ordinances”) that allow coach owners to sell their coaches at a premium. In other words, buyers are often willing to pay a higher price for the coach when there is a guarantee of a lower pad rental rate. Park owners contend that this amounts to an unfair transfer of wealth to the coach owner.

Coach owner advocates argue the opposite position, saying that if rent control is overthrown the park owner can raise the pad rental fee to such an extent that the value of the coach drastically declines.

“The homes are immobile, and the coach owners are trapped by their investment. If you took a mobile home out of the park and put it on the street, you couldn’t give it away. Its value is fixed to its location,” says Bruce Stanton, GSMOL corporate counsel. Stanton argues that when a park owner raises the rent of the pad, the value of the coach decreases because the pad rental cost and home mortgage are so closely connected. The park owners argue that capping their authority to raise the rent diminishes their investment.

A bill authored by Assembly Member Charles Calderon, AB 761, proposes setting aside local regulations that have been developed over decades to address community issues and balance the affordability of pad rentals with the overall profitability of the park itself. The League opposes this two-year bill, arguing that due to the special property rights characteristics of mobile homes, local jurisdictions must have the authority to adopt local ordinances that address adjustments to a pad’s rent when a mobile home is sold.

The first legal issue affecting local mobile home rent control ordinances is the conversion of parks from purely rental enterprises into a combination of rental and ownership. To do this, the park owner must convert each pad into a separate property interest — or “condominium” — under the Subdivision Map Act. Once the separate interests are created, the park owner can sell or continue to rent each of the pads.

The problem for cities is that the conversion process can effectively nullify the application of the city’s rent control ordinance once the park is converted. The Subdivision Map Act stipulates that once a pad is purchased to convert the mobile home and space to a condo, rent control phases out within four years in that mobile-home park.

Until recently, most coach owner advocates believed that the Subdivision Map Act had a protection against this outcome. Before a mobile-park owner can change the property status from rental to condominium, the park owner must survey residents on the proposed conversion. If the survey showed coach owners opposed it, the local agency could use that as a reason to deny the conversion. If the survey demonstrated support, the rent control provisions phased out over four years. The intent was to help residents transition out of the park if they were unwilling or unable to purchase the pad where their home sat.

However, the law does not specifically state what the park owner or local agency must do with the survey results. The courts have focused on this lack of direction and concluded that the local agency has no authority to deny a park owner the ability to convert a park.

“Land use has always been one of the areas of local control. These cases have completely cut us off at the knees,” says Ventura Council Member Brian Brennan, who is very concerned that local jurisdictions are being hobbled by the state. His city has about 2,000 pads in 16 mobile-home parks.

These court decisions have transformed the Subdivision Map Act’s survey requirement into a meaningless process. While a survey may demonstrate that the majority of residents in a park oppose a conversion, the local agency must nevertheless approve it if all other conditions are met.

“This is an extraordinary intrusion into local decision-making,” says League lobbyist Bill Higgins. “The courts are essentially saying that the state law governs mobile-home conversions despite the fact that subdivisions are a local issue.”

Because the courts have upheld these cases, cities can expect to see more conversion applications in the future. “It’s a popcorn effect,” Higgins observes. “We have seen a few ‘pop’ here and there, but the number of applications is going to increase now that the courts have curtailed local discretion.”

The second legal issue is a recent Ninth Circuit Court of Appeals decision that the city’s mobile-home rent control ordinance constitutes a “taking” under the U.S. Constitution, for which the government must pay “just compensation.” This decision, Guggenheim v. City of Goleta, follows another by a federal district court last August, MHC Financing v. City of San Rafael, which likewise concluded the city’s mobile-home rent control ordinance constituted a taking.

Many California municipalities have enacted similar ordinances in an effort to protect tenants from exorbitant rent increases due to housing shortages. Mobile-home pad tenants are seen as vulnerable in light of the high cost of moving mobile homes.

In Guggenheim v. City of Goleta, Daniel and Susan Guggenheim purchased a mobile-home park 18 years after mobile-home rent control limits were introduced in Santa Barbara County. The county’s original rent control ordinance was enacted in 1979 and amended in 1987. When the city incorporated in 2002, it adopted the county’s ordinance by reference. The Guggenheims purchased the property in 1997 and sued the city over the ordinance in 2002 — just one month after the city incorporated.

In ruling that Goleta’s ordinance constitutes a taking, the Ninth Circuit concluded that the ordinance impermissibly transfers wealth from park owners to tenants because the ordinance caused the Guggenheims to rent the property at a rate lower than the going market rate. Tenants, on the other hand, benefited from a “transfer premium” that allowed them to sell their homes at a higher price than they would normally garner without rent control.

The court cited an instance where a coach that was valued at approximately $12,000 sold for approximately $100,000. The court determined that the higher price was largely due to the low rent that the home enjoyed under rent control and that the difference represented a wealth transfer from the park owner to the coach owner.

Goleta petitioned the Ninth Circuit for rehearing by a larger panel of judges. The League also submitted a letter in support of this petition and is filing an amicus brief in the MHC Financing case. If the larger panel of the court accepts the petition for rehearing it could overturn or affirm the three-judge panel’s decision.

However, the last stop for this important case may be the U.S. Supreme Court. Goleta and other parties plan to appeal to the nation’s highest court if the Ninth Circuit denies the petition or affirms the three-judge panel’s decision.

Jim Hyatt, mayor of Calimesa in Riverside County, is also watching. In his city, 25 percent of residents live in mobile-home parks, and the city has a long-standing mobile-home park rent control ordinance. “If the Guggenheim decision stands, we’d have to take a long and hard look at it,” he says. “This would affect the whole state.”

Mobile-home rent control ordinances face an uncertain future. There appears to be little or nothing local agencies can do under the Subdivision Map Act to stop park conversions (and the resulting exemption of the park from local rent control ordinances). And if the Guggenheim decision stands, it will be difficult to enforce any vacancy control provision without the risk of having to pay just compensation to owners for any wealth transfer.

The challenge for cities is what can they do to protect this important stock of affordable housing. “State law has some pretty strict planning requirements for affordable housing,” says Higgins, “but there is little or no action at the state level to protect mobile-home rent control.”

Because different cities have different needs, local communities are in the best position to decide what works best for their own residents. There are three main types of mobile-home rent control ordinances:

According to Brian Augusta of the Golden State Manufactured-Home Owners League, the majority of jurisdictions have either full vacancy control or partial decontrol ordinances.