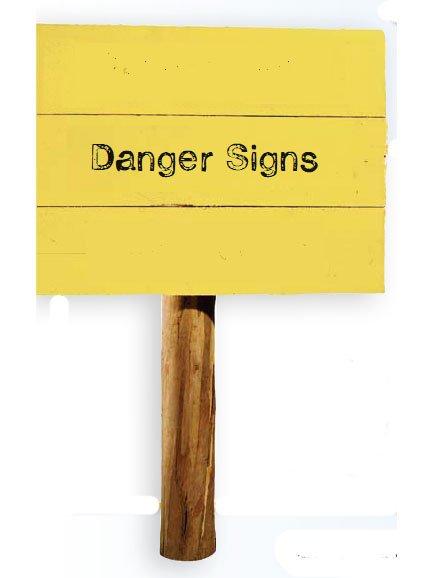 Randal Morrison is director of litigation with Sabine and Morrison in San Diego. He also operates the informational website signlaw.com and publishes The Sign Regulation/Public Forum Bulletin, a free, e-mail-only national newsletter. Morrison can be reached at rrmatty@yahoo.com.

“Traitor! Sell-Out!” screams the huge, garish yard sign, saying nasty things about a city council member who cast the swing vote on a recent ordinance. Elsewhere, a resident writes Bible passages all over the front of his house, the roof, garage door, fence and vehicles parked prominently on a public street; neighbors complain the messages are ruining property values on the block.

A tax service hires hawkers dressed as Lady Liberty or Uncle Sam to stroll along a public sidewalk, waving potential customers into the store. A landowner insists he has a free speech right to convert his freeway-facing sign, previously used only for on-site self-promotion, to “off-site” (billboard) use, renting out the display space to others. A store owner wants to convert his old sign to digital display and sell some of the “slides” to other businesses. An entrepreneur drives a sign truck on busy streets, worsening congestion. A billboard company, which exists only on paper, challenges the local sign ordinance and demands permits; if the city settles by granting a permit, the naked piece of paper is promptly sold to a real billboard company for hundreds of thousands of dollars.

These are just some examples of the legal problems that can arise from a city’s outdated sign ordinance. Disputes over sign rules often end up in federal court, where the plaintiff asserts a federal civil right to the sign, claims that the sign ordinance is unconstitutional, asks the court to block enforcement of the sign ordinance and demands money damages and attorneys’ fees at rates often exceeding $500 per hour.

The basic concept underlying all of sign law is this: displaying an image on a sign is one form of exercising the free speech right guaranteed and protected by both the U.S. and California constitutions. Sign display can also be linked to other First Amendment rights, such as the two religion clauses (exercise and establishment), peaceful assembly (street protestors usually display signs), free press (any method of mass distribution of information) and petitioning the government for redress of grievances. The city’s basic mindset should be, “We regulate the medium, not the message.”

Here are five common errors in sign ordinances, with suggestions about avoiding them.

Error #5: Who drafts the new sign ordinance? When a city updates its sign code, often the drafting task falls to staff who may have only rough ideas about the complex constitutional principles involved. Too often, staff builds more discretion into the code than the courts will allow. Federal courts are often suspicious that discretion might be used as a device to censor unpopular messages. Solution: A sign code update is a serious matter and often a huge project. Drafting the code should be done by a team of knowledgeable planners and competent legal counsel. It’s also a good idea to set up a citizens’ advisory committee to hear policy options and make recommendations. But with or without a citizens’ committee, the updating process should begin with legal counsel explaining the constitutional boundaries and basic legal concepts, so people don’t invest good-faith efforts only to have them shot down later when the “finished product” goes to the lawyers for final approval. It’s far better to set the boundaries in advance and then make policy choices within those boundaries.

Error #4: Preferring commercial speech. The U.S. Supreme Court has ruled that commercial speech — regular advertising and debate in the marketplace of goods and services — has a lower level of First Amendment protection than “non-commercial speech” — debate in the marketplace of ideas (mostly politics and religion). Thus, it is unconstitutional to give display rights to commercial speech that are greater than the display rights for non-commercial speech. For example, construction site signs may remain on display until the project is done (many months, or even years) while election signs are limited to 60 days before the election. Any court would invalidate such rules. Solution: Adopt a “message substitution” provision that says a non-commercial message may be displayed on any legal sign surface at any time. Far too many sign codes lack this essential safeguard. A message substitution provision prevents many problems over favoring commercial messages.

Error #3: Time limits on display of election signs. Such rules are common and almost always invalidated when challenged in court. Solution: Abolish all rules that apply only to political, campaign and election signs. Political sign rules violate the U.S. Supreme Court holding that the government may not choose the topic of debate. Instead, create rules for temporary signs displaying non-commercial messages; such rules must apply equally to every variety of non-commercial message.

Error #2: Rules for private-party signs on city property, such as street banners or A-frames on city sidewalks. The city’s property ownership rights have a huge impact on the constitutional analysis. As a property owner, the city can often set rules that would be invalid if the city were regulating private property. Solution: Use separate chapters for regulating signs on private land and private signs on city land. In certain areas that the courts call “traditional public forums” — city streets, city parks and most city sidewalks — the city must allow in-person protestors and proselytizers to display their messages on signs. In other areas, the rules are much different (and highly confusing) and sometimes can be the exact opposite of regulating signs on private land.

Error #1: The sleeping dog theory. “We’ve had no problems with our sign code, so why should we fix something that isn’t broken?” It takes only one determined person to challenge the sign ordinance and throw your city into complex constitutional litigation in federal court. Almost all sign codes contain at least a few provisions of doubtful validity. When sign litigation hits, it usually means legal triage is needed to fix the sign ordinance on an emergency schedule, plus all the steps in litigation. Solution: Especially in this area, preventive law is far cheaper than lawsuits or crisis management.